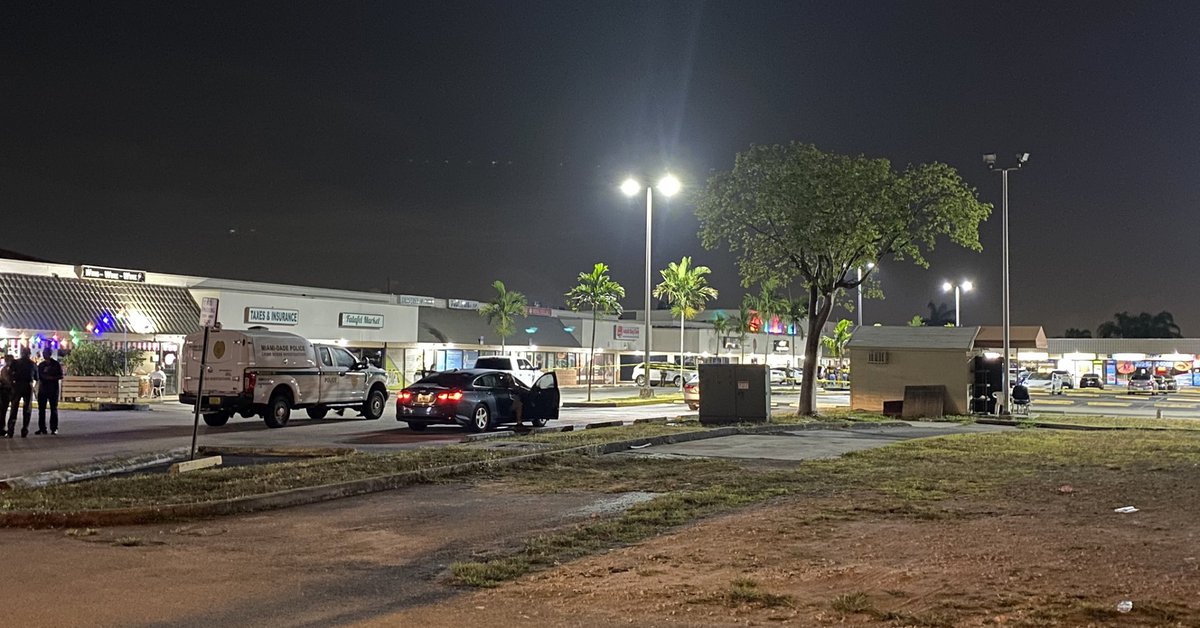 The area of ​​the shooting (@ParkerBranton)

The banquet hall had been rented for a concert. Three people got out of a truck and opened fire on the crowd outsidesaid Police Director Alfredo “Freddy” Ramírez III. Authorities believe the shooting was directed.

“These are cold blooded killers who fired indiscriminately into a crowd and we will seek justiceRamírez said in a tweet. Two people died at the scene, according to police. Up to 25 people went to various hospitals for treatment and at least one of them was in critical condition.

No arrests were immediately announced. A reporter for the local network WPLG-TV reported that the police were looking for a Nissan Pathfinder ..

“This is a despicable act of gun violence, a cowardly act,” Ramírez told the Miami Herald.

This is the second shooting in the Miami area so far this long weekend because of Monday’s holiday. On Friday night, one person was killed and six others injured in Wynwood.

The United States has a long and painful history of gun violence, as well as mass killings that have targeted primarily schools, workplaces, and shopping malls.

Since early 2021, more than 17,000 people have been killed by firearms in the United States, and there have been 232 shootings with multiple victims, according to the Gun Violence Archive site.

(With information from AP and AFP)