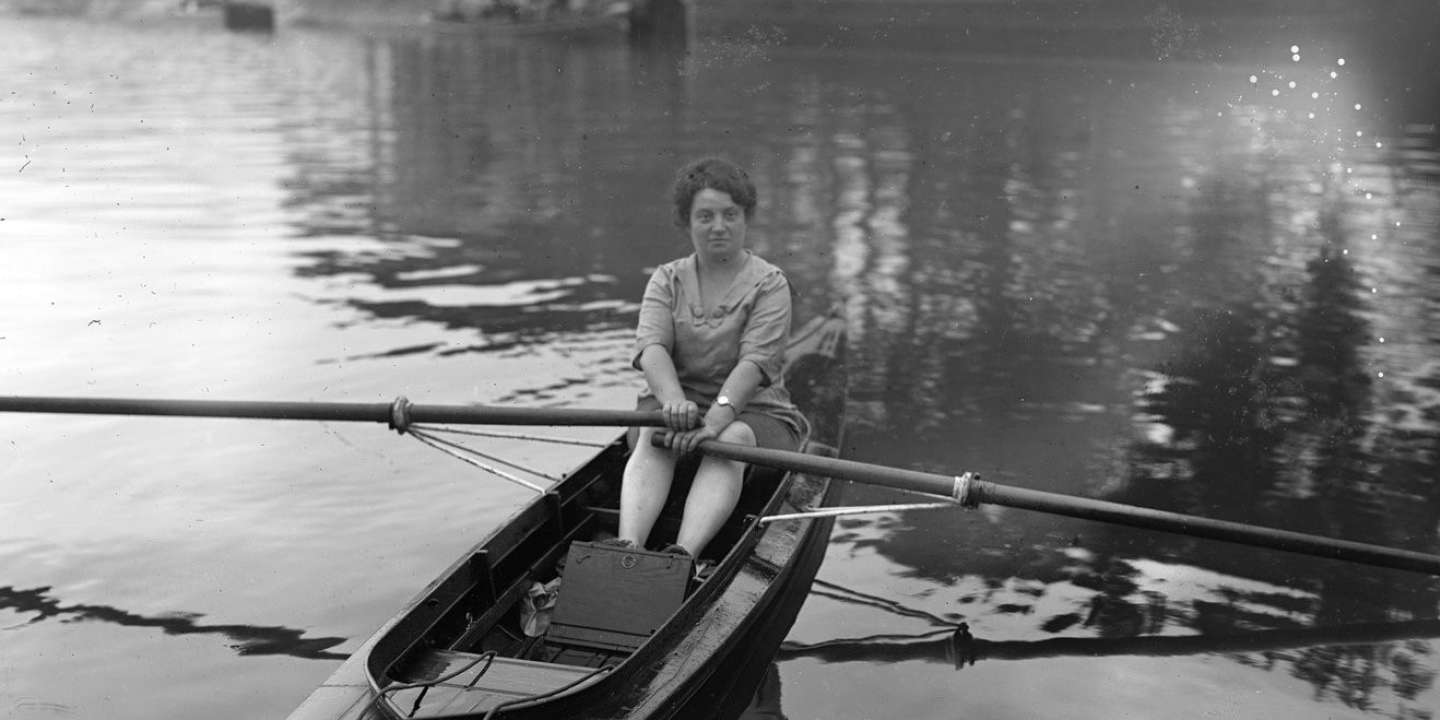 Pierre de Coubertin is alone for the moment, but not for very long. The baron, father of the modern Olympic Games (Olympics), already stands – through a bronze monument – in the hall of the French National Olympic and Sports Committee (CNOSF). The Parisian building is about to open its doors soon to another, lesser-known figure: according to our information, the CNOSF plans to inaugurate in 2021 a sculpture in honor of Alice Milliat.

The project, albeit late, wishes to pay homage to one of the precursors of female sport: both a practitioner (rowing, in particular) and president of a sports club, Fémina Sport (1915); co-founder of the Federation of Women’s Sports Societies of France (1917); then creator of the World Women’s Games in Paris in 1922, two years before the Olympic Games (also in Paris), where women represented only 4% of the participants…

By “Its physical and symbolic occupation of space”, this sculpture will “Recall the right of women to practice sport and exercise leadership responsibilities in the same way as men”, according to Emmanuelle Bonnet-Oulaldj, initiator of this monument project at the CNOSF, where she has been sitting for three years as administrator. A memory issue but also a ” an issue in the news “, underlines the co-president of the Sports and Gymnastics Federation, who always regrets “Unequal access”.

To date, only two women president of the Olympic sports federations in France: Isabelle Spennato-Lamour, for fencing, and Nathalie Péchalat, for ice sports, the latter having been elected in March after the scandal of sexual violence in figure skating. Women also represented 38.6% of sports licenses in 2018, according to the ministerial count: increasing percentage, although still lower than the proportion of women (51.6%) in the French population.

Without the Covid-19 crisis, the French sports movement would have wished to inaugurate the work on June 23, 2020, for the anniversary of the creation, in 1894, in a room of the Sorbonne, in Paris, of the International Olympic Committee (IOC ). The CNOSF, which is due to meet in a general assembly on Monday June 29, is now considering a date for 2021. Ideally in the first quarter. For example March 8, International Women’s Rights Day.

“Battles of yesterday and today”

The institution validated in October 2017, one month after the award in Paris of the organization of the 2024 Olympic Games, the principle of a working group to honor the memory of Alice Milliat. Emmanuelle Bonnet-Oulaldj relies in particular on the sociologist Béatrice Barbusse, secretary general of the French Handball Federation. The latter had expressed, as early as 2013, during the General Assembly of Women’s Team Sport, the wish to “Bring Alice Milliat into the pantheon of sport”.

Also participating are Jean-Pierre Siutat, president of the French Basketball Federation, and Ayodelé Ikuesan-Oudart, member of the high-level athletes’ commission of the CNOSF. “I didn’t know Alice Milliat, recognizes the sportswoman, vice-champion of Europe 2014 in the 4 × 100 m relay event. This sculpture will serve to show the battles of yesterday and also those of today. We still have to fight to be considered in the same way as men and to no longer have to specify “feminine” after the word “sport”. “

In a letter from October 2018, the president of the CNOSF, Denis Masseglia, proposed to the IOC that it contribute more widely to the budget for the monument (20,000 euros), the production of which was entrusted to the École nationale supérieure des applied arts and crafts. Or to install a replica in Lausanne, at the headquarters of the international institution, as is already the case for Pierre de Coubertin. Contacted, the IOC indicates again “Discuss terms”.

Mr. Masseglia also asked the Elysée to posthumously award the Legion of Honor to Alice Milliat. Negative response from the office of the President of the Republic, barely three months ago: the Legion of Honor code “Authorizes only to decorate” within one year the persons killed or injured in the performance of their duty “”.

“Baron Pierre de Coubertin renovated the Olympic Games, Alice Milliat made it possible for women to participate, but we must not enter into a kind of competition between these two builders, two visionaries”, says at World Denis Masseglia. Without specifying that the baron had initially expressed his opposition to female participation in the Games.

“We can respect the work of Alice Milliat, but there is only one Pierre de Coubertin in the world and he will continue to reign alone in our hall, said the same Mr. Masseglia to the newspaper The cross, and March 2017. I agree to study something, perhaps a medal or a plaque, but no statue, no! “

Three years later, the leader believes that it is the ” good time “ to make room for Alice Milliat. The work planned for her will differ, in its conception, from that existing for Pierre de Coubertin. “It will be a rather figurative and contemporary work, not something in bronze”, specifies Eric Florand, director of development at the Alice-Milliat Foundation, also associated with the CNOSF working group.

Another idea submitted to “the future mayor of Paris”

Pending the results of the second round of municipal elections, Sunday June 28, the task force responsible for honoring its memory at the CNOSF also plans to solicit “The future mayor of Paris so that a public space like a square bears the name of Alice Milliat”, announces its coordinator, Emmanuelle Bonnet-Oulaldj. It recalls that Anne Hidalgo (PS), at the head of the polls before Rachida Dati (LR) and Agnès Buzyn (LRM), prefaced, in 2005, André Drevon’s book, Alice Milliat. The pasionaria of female sport (Vuibert). In the capital, only a gymnasium of 14e arrondissement is paying tribute to this sports figure for the moment. Streets with his name already exist in the municipalities of Saint-Denis (Seine-Saint-Denis), Arcueil (Val-de-Marne), Sainte-Luce-sur-Loire (Loire-Atlantique) and Saint-Avé (Morbihan) .