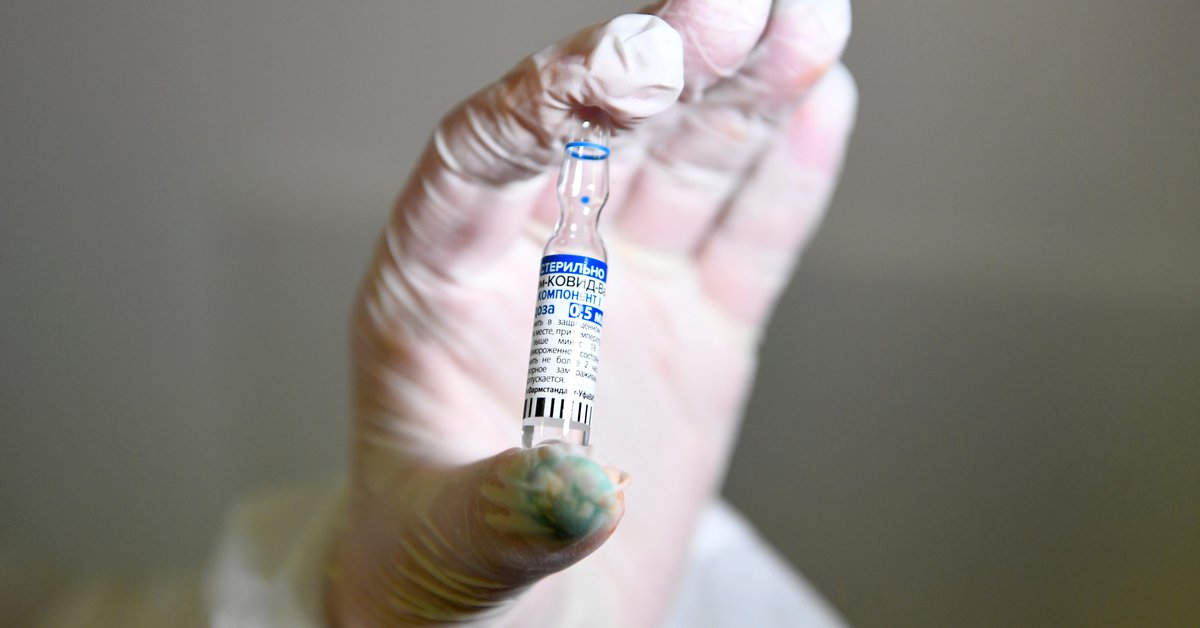 A study carried out in Argentina, one of the 67 countries where Sputnik V is being used, showed that it was highly effective against COVID-19, with both one and two doses (Mauro Roll)

Although the Sputnik V vaccine, created by the Gamaleya Institute of Russia, has not yet obtained authorization to be applied in Europe and the United States, A study carried out in Argentina, one of the 67 countries where it is being used, showed that it was highly effective against COVID-19, with both one and two doses. In addition, revealed that in those people who had been infected prior to vaccination, a single dose produces antibodies “higher than two doses in patients” that they had not contracted the disease.

The study was published on July 9 last in the peer-reviewed scientific journal Cells Reports Medicine by a group of Argentine scientists led by biologist Andrea Gamarnik, head of the Molecular Virology Laboratory of the Leloir Institute and senior researcher at CONICET.

The scientist commented today that this publication is a provisional result of a “very great work” that this team of specialists began “in collaboration with the Ministry of Health of the Province of Buenos Aires ”and that it“ started in January ”last. “It is not only about Sputnik V, but about all the vaccines that are being applied in Argentina, The idea is to study the immune response of all vaccinated people, as a function of time, after a first dose, after a second dose, and how long that immune response lasts at six months and a year ”, he explained, in a statement made to radio Urbana Play.

What was published in Cells Reports Medicine referred to “specifically about Sputnik V.” The analysis was made on “About 300 health workers and what we observe is that the antibody response is very very high, the percentage of antibodies they have after the first dose is approximately 94%”, precise.

“One very interesting thing that we observe is that, if we analyze people who already had COVID-19 prior to vaccination with a single dose, the response is so high and the special antibodies, which are the antibodies that protect us, are so robust that it would not be necessary, in principle, to give a second dose, if one compares the response in people who have already received two doses ”.

Then, “The response of an infected person vaccinated with one dose is much higher than that of people who were vaccinated with two doses”, stressed. And he detailed that “before the study” they analyzed “300 people, to whom we measured the antibodies before vaccinating: if they had antibodies it meant that they had been previously infected. We divided all these people into two, those who had been infected and those who had not. Then we study the response to the vaccine and compare these two groups. “

Gamarnik especially highlighted that those people who had already suffered from COVID-19 presented, after the first dose of Sputnik V, “like 10 times more” antibodies (EFE / Jorge Muñiz / Archivo)

Thus, according to the results published in the scientific journal, “The first dose of Sputnik V results in a seroconversion rate of 94% in individuals without experience ”of previous contagion, while“ a second dose greatly increases antibody titers and neutralizing capacity ”. At the same time, “one dose in seropositive individuals (previously infected) produces higher titers than two doses in previously untreated patients.” Therefore “There is no obvious benefit of using a second dose in previously infected individuals,” said the Argentine scientific team.

Gamarnik especially highlighted that those people who had already suffered from COVID-19 presented, after the first dose of Sputnik V, “Like 10 times more” antibodies than those who had not gotten sick, therefore the vaccine “It has a very robust response,” he said. He also detailed that what was measured were “special antibodies, because one can measure total or the antibodies that specifically protect so that the virus does not infect a cell, these antibodies are called neutralizing ”, he explained.

These specific antibodies, “They are also higher in people who were previously infected and then vaccinated. This means that people who are infected have a broader immune response ”.

Gamarnik recalled that months ago a study carried out with the vaccines of “Moderna and Pfizer messenger RNA showing the same thing: if you get infected and get vaccinated with a dose of Pfizer it has much higher levels than if it is vaccinated with two doses of Pfizer, that is to say that (the vaccine of Russian origin) would be working the same as other vaccines, at least those of messenger RNA ”.

Finally, the scientist maintained that the same team It is doing the same time of work with the rest of the vaccines that are applied in Argentina, which are that of Chinese origin Sinopharm and that of AstraZeneca, created by the University of Oxford. In this case, the reports are not yet ready, he said, but “it is a very big job that continues depending on time,” he said. The study covers “how the vaccines given in Argentina work for the different variables” of SARS-CoV-2.

Vaccines, in all their types, he recalled, do not prevent people from becoming infected with COVID-19, but rather “prevent one from having to be hospitalized,” even so, he assured, “greatly reduces the possibility of infection, but this is not null ”. “That happens with all vaccines, even with Moderna,” he said, referring to the forthcoming arrival of this vaccine from the US.

Asked about the reasons why the World Health Organization, and the European control institutes, EMA, and the US, FDA, have not yet approved the vaccine created by the Gamaleya Institute of Russia, Gamarnik opined that “it is going to approve “(EFE / Toni Albir / Archive)

Asked about the reasons why the World Health Organization, and the European control institutes, EMA, and the US, FDA, have not yet approved the vaccine created by the Gamaleya Institute of Russia, Gamarnik opined that “it is going to to approve, because the results of the vaccine in different countries are safe and it protects ”. That authorization “should come out soon,” he considered.