A naval escort for the Ukrainian wheat, would that provoke the Russians?

It’s a maddening problem: Ukraine has enough wheat to stave off an looming famine in parts of the Middle East and North Africa, but Russia’s blockade of Ukrainian ports keeps crops from reaching their destination.

French President Emmanuel Macron and German Chancellor Olaf Scholz on Saturday asked Russian President Vladimir Putin to lift the blockade. Putin said he was willing to open ports to food exports, but only if sanctions against his country were lifted in return. And that is again not an option for European leaders. This thorny issue will be discussed at the two-day EU summit on Tuesday.

Over the past week, several experts have suggested ways to break the blockade in the international media. Most often mentioned: a maritime escort mission. Five questions about possible termination of the blockade.

1 What exactly does such an escort entail?

One of the proponents of an escort, the Dutch-American analyst and former NATO ambassador Ivo Daalder, argued in an opinion piece for Politico a “strictly humanitarian” escort mission comprising wheat freighters, naval escorts and minesweepers. The latter are necessary against the many sea mines floating around in the Black Sea.

Such an escort should be carried out by a coalition of countries, preferably involving grain importing countries such as Egypt. Lithuanian minister Gabrielius Landsbergis told the British newspaper The Guardian a “coalition of the willinganalogous to the coalition the United States gathered in 2003 to invade Iraq. The United Kingdom has already rallied behind this plan.

The experts do not think it wise to give NATO a role in escorting the ships, as this would be an unnecessary provocation to Russia. In his column for Bloomberg, US Admiral Retd James G. Stavridis argues that the escort could be US-led. Other countries he thinks could participate: the UK and France, and perhaps the Black Sea countries of Romania and Bulgaria.

Analyst Ian Anthony of the Stockholm International Peace Research Institute, against Deutsche Welle, even mentions China and India as possible participants. Even though these countries have not condemned the Russian invasion, if the escort were portrayed as a humanitarian mission to reduce food insecurity, Anthony sees no reason why China and India should not get involved.

2 Is there a historical example of such an escort?

Yes. In the Tanker War, part of the Iraq-Iran War (1980-1988), Iran blocked Iraqi oil exports. The US and some other countries responded by escorting oil tankers to allow exports to resume. This operation was largely successful, although the Americans also made a terrible mistake: in 1988 they shot down an Iranian passenger plane from a cruiser that they had mistaken for a fighter plane. All 290 people on board were killed.

3 How would the Russians react?

Russia would probably view an escort as provocation. But according to the experts, this does not necessarily mean that Putin would attack the ships. For any attempt to thwart the escort mission, Daalder writes, Russia should take the first step. In doing so, the Russians run the risk of a military confrontation with countries not directly involved in the war. “With its hands full with Ukraine, Russia would have every reason not to escalate the conflict with others,” said Daalder, who believes the risk of escalation is “worth it given the enormous humanitarian need”.

Also read: The war in Ukraine is not the only cause for the unaffordable wheat

The coalition, Stavridis says, will have to make it clear to Russia that it will not tolerate interference, but also that it does not want to go into battle with Russia’s Black Sea fleet. “Moscow is likely to roar, but the chances of it attacking warships in international waters are slim. If the Russians did something stupid against the odds, it would be met with a proportionate use of force.”

4 The wheat also still has to pass through the Bosphorus and the Dardanelles. Will Turkey cooperate?

Turkey banned the passage of all naval vessels at the end of February. The country invoked the 1936 Treaty of Montreux, which allows the closure of the Bosphorus in the event of imminent threat of war. But according to Daalder, that danger of war only applies to Russian or Ukrainian ships; naval escorts for humanitarian purposes are not covered by Montreux, the analyst said. Admiral Retd Stavridis even proposes to include Turkey in the coalition.

5 Are there any other options besides an escort?

Inaction is not an option for most countries: the looming food crisis is too catastrophic. Nedelcu suggests supplying Ukraine with more advanced modern weapons. Russia has “several dozen ships” in the Black Sea, including submarines, he said. It should, he thinks, be doable to sink it, as the Ukrainians already did on April 14 with the Russian flagship Moskva. “Then there will be no more blockade and they can just send their grain ships through it.” 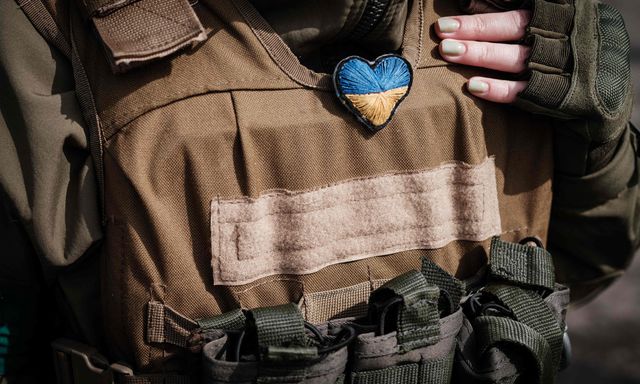 Which books, documentaries and podcasts about the war in Ukraine are worth reading? NRC gives tips.

A version of this article also appeared in the newspaper of May 31, 2022