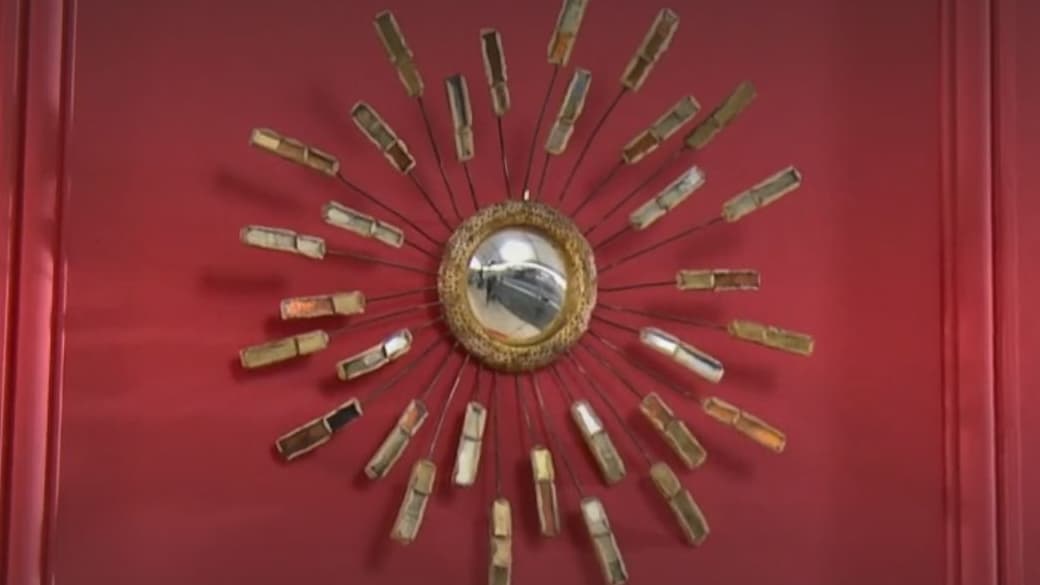 A mirror bought in a “empty house” for a hundred euros, found a buyer in “Deal concluded” for 127,000 euros, setting a record for the show.

She had bought it “a hundred euros” in a garage sale. A mirror, estimated at 6,000 euros on the Affaire Conclue program on France 2, was finally purchased for 127,000 euros.

It is a mirror designed by jewelry and decorative objects designer Line Vautrin (1913-1997), in cellulose acetate inlaid with mirrors. This rare mirror model is called “spark”, and dates from the 1950s. Line Vautrin’s prices exploded in 2015, during a sale organized by her daughter.

The bids are also mounted very quickly, quickly exceeding the estimate of the expert.

The mirror, in passing, broke the record reached in the show, a bust of Napoleon sold for 21,000 euros.

“It is becoming really disproportionate, said Benoît Charraudeau, the gallery owner who bought the mirror in question during the program broadcast on June 8, and a great fan of Line Vautrin.” The record for this model is 40 to 50,000 euros ” , he added, spurred on by gallery owner Damien Tison, also eager to acquire the object.

He is nevertheless delighted with his purchase. “I don’t think I will do the ‘somersault’, as they say, with this mirror, but I was particularly keen on it, because I am one of the specialists of the artist Line Vautrin, he declared. at Leisure TV. (…) I really wanted to. I will be able to exhibit it in my gallery. We will see what happens with my network of international clients, who are very fond of this artist “.

This mirror could even, as explained by Benoît Charraudeau, during the show, attract the attention of Madonna, who is a “great collector of Line Vautrin”. “I do not despair that one day she walks through my door,” he concluded. For that price, it was in any case offered a nice publicity stunt.