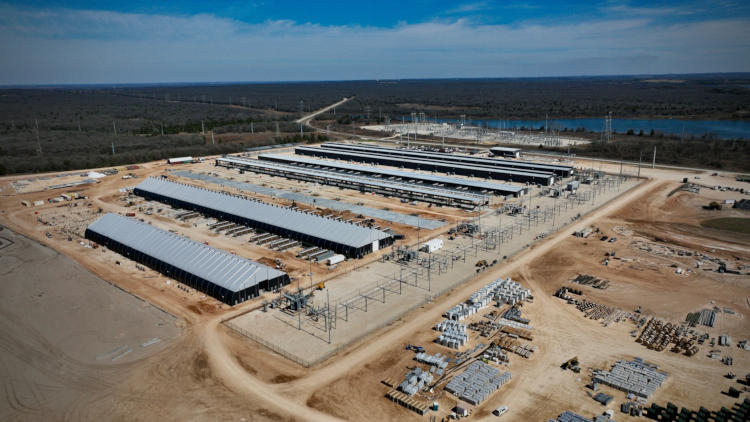 Riot Blockchain, a bitcoin mining company, in July reduced its cryptocurrency mining and electricity consumption, the excess of which it returned to the supplier and managed to earn on it: against the backdrop of record high air temperatures in Texas, the price of electricity jumped.

Riot Blockchain, headquartered in Colorado, is one of the largest cryptocurrency miners in the US. In Rockdale, Texas, the company has a 750 MW site – tens of thousands of Antminer S19 ASIC systems are continuously working here, immersed in tanks with coolant. In July, the company, along with other miners, turned off some of the equipment, as abnormal heat was established in the state – the thermometers rose to 37 ° C. Amid the weather, people began to use air conditioners and other equipment more actively, which created an additional load on the state’s electricity grid, and the price of electricity jumped.

As a result, the company reduced energy consumption at its facility by 11,717 MWh. If we consider that the average consumption of electricity per household in the United States is 893 kWh, then the energy saved by Riot Blockchain was enough to power 13,121 homes in July. The company returned the excess resources previously purchased from the operator to the same supplier, only at a higher price – as a result, the shutdown of some of the equipment brought the miner $ 9.5 million, which more than compensated for the losses from the reduction in bitcoin production.

From the rest of the equipment, the company mined 318 bitcoins on the site last month, which is equivalent to $7 million in July prices, while the $9.5 million received from the repayment of electricity loans is equivalent to 439 bitcoins. For comparison, in July last year, Riot Blockchain mined 443 bitcoins from this enterprise, which, according to current quotes at that time, were estimated at $15.5 million.

See also  The compact crossover DS 4 at a glance