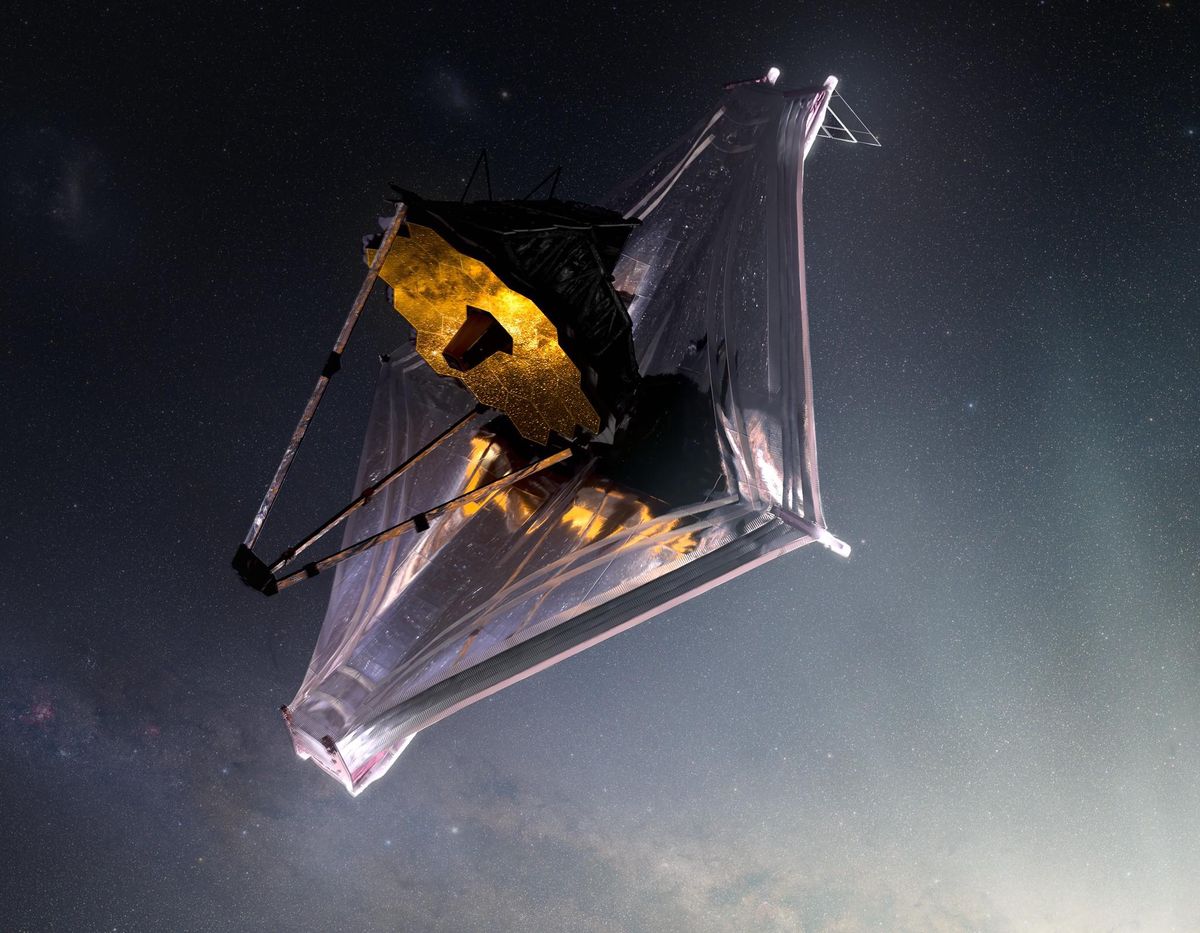 It was just dust, but larger than expected, which caused slight damage to one of the main mirror segments.

Any spacecraft that makes a long enough mission will suffer impacts from meteoroids, the name given to micrometeorites or planetary dust. Since its launch on December 25 Last, the James Webb Space Telescope was already hit by four of these extremely fast-flying pieces of dust, all of a size matching NASA’s predictions.

But the one that touched it between May 23 and May 25 had an impact “greater than our supposed degradation predictions” wrote on June 8 in a NASA’s Thaddeus Cesari blog. The collision occurred with one of the 18 elements that form the main mirror. “After initial evaluations, the team found that the telescope still performed at a level that exceeded all mission requirements despite a marginally detectable effect in the data. In-depth analyzes and measurements are underway,” he continues.

The telescope mirror was designed to withstand bombardment from dust-sized particles. Engineers used a mix of simulations and actual test impacts on sample mirrors to get a clearer idea of ​​how to fortify the observatory for in-orbit operation. This most recent impact was greater than what was modeled and beyond what the team could have tested in the field, the text says.

The damage caused is minimal and can also be partly repaired. It is indeed possible to readjust the mirrors. “By adjusting the position of the affected segment, engineers can undo some of the distortion. This minimizes the effect of any impact, although not all degradation can be undone this way. Engineers have already made a first such adjustment for the recently affected C3 segment, and planned additional mirror adjustments will continue to refine this fix. These steps will be repeated as necessary in response to future events as part of the monitoring and maintenance of the telescope throughout the mission.

If a meteor shower were to be detected, the engineers also have the possibility of turning the mirror, so that it does not undergo the impacts directly. But the collision in May was caused by isolated dust and is considered by NASA to be an “unavoidable fortuitous event”. But following this shock, a team was formed to research ways to mitigate the effects of other micrometeoroid impacts of this magnitude. This event, however, did not change the telescope’s mission schedule,