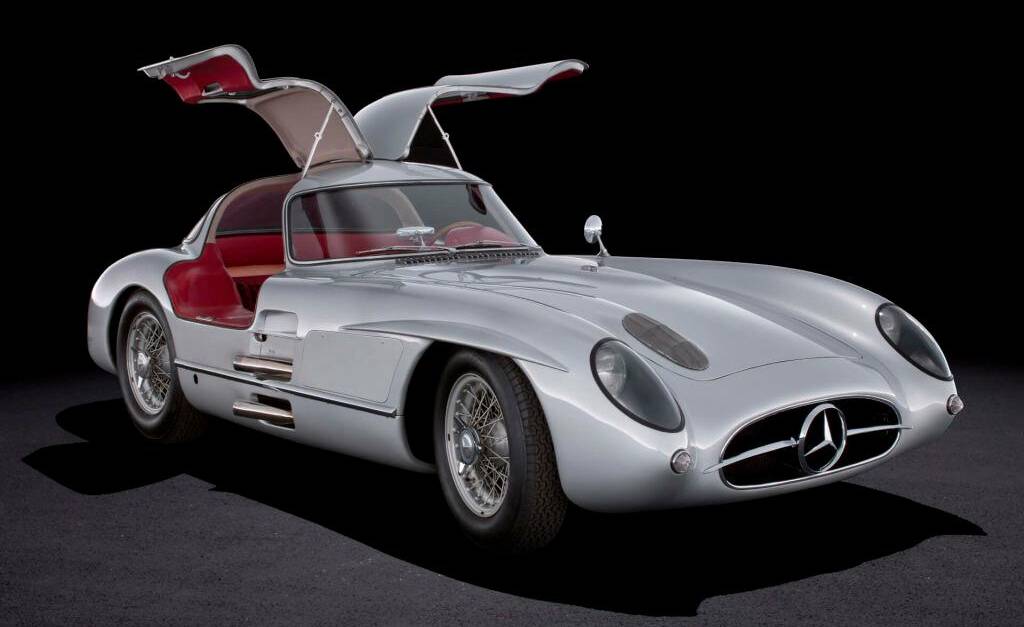 A Mercedes-Benz, the most expensive car in the world

In the mid-fifties of the last century, Mercedes-Benz was experiencing times of glory in racing. Juan Manuel Fangio was its star driver and had won two Formula One titles with the brand. The so-called “Silver Dates”, due to their traditional gray color, were unbeatable on the world’s tracks. One of those historic units has just been sold directly by the factory to an anonymous buyer, who had no qualms about shelling out a staggering €135 million to keep it. Something never seen in the history of the car by any vehicle. The most expensive had been a 1963 Ferrari 250 GTO Tour de France, secretly sold for $80 million in 2018 to David McNeil, founder of the WeatherTech auto accessories company.

The new record holder is a 1955 300 SLR model, adapted for road use thanks to a coupé body designed by Rudolf Uhlenhaut, but retaining the mechanical track unit, which made it the fastest street car in history. its time, reaching 290 km/h. Everything was served then for the Uhlenhaut, as it was called in honor of its designer, to emerge victorious in the competitions that used to be run on open roads, such as the Carrera Panamericana in Mexico and the Targa-Florio and the Mille Miglia in Italy.

But at the 1955 24 Hours of Le Mans, the deadliest accident in motor racing history occurred, when Frenchman Pierre Levegh’s Mercedes 300 SLR was propelled at 200 km/h towards the main grandstand after colliding with Lance’s Austin. Macklin. Levegh and 83 spectators died in the disaster, 180 were injured and the brand decided to withdraw from all competition until 1989. The 300 SLR Uhlenhaut was then a project.

But the initiative was not lost and the unit that was practically ready was joined by a second specimen. Both took the form of the renowned 300 SL “Gullwing” (“Seagull Wings” for its characteristic way of opening doors) street. It was basically a race car that could be registered. It had no comfort, no air conditioning, radio or power steering in order to keep its weight down to less than a ton. The gas tank occupies almost the entire trunk and it carries two spare wheels, to account for its capacity for long-distance racing.

Rudolf Uhlenhaut kept one of the two road-going 300 SLRs for his personal use. It is said that it covered the distance between Munich and Stuttgart, of 230 kilometers, in just one hour thanks to its 3.0 in-line eight-cylinder engine. The other, the one that was recently sold, went directly to the Mercedes-Benz museum to be exhibited at numerous events around the world. Now, it will be the designer’s that is seen in the museum.

In 1986, the factory’s Uhlenhaut was sent to specialist Tony Merrick, one of the world’s most renowned restorers of antiques and classics, to be left as good as new. The work took six months and everything was documented in files and invoices that were delivered with the sale of 2022.

The 300 SLR continued to be exhibited at various events, museums and elegance contests around the world. It accumulated 6,045 kilometers on its odometer until, this year, the factory decided to put it up for sale in private auction under the management of the specialist RM Sotheby’s. The reason for the sale, according to the brand, is to create a charity to “provide educational and research scholarships in the areas of environmental sciences and decarbonization for young people,” according to a statement from the manufacturer.

At the private auction, ten collectors were strictly selected and secretly invited by the bidder. They arrived in Stuttgart on May 5 in their private planes and were treated to lunch at the Mercedes-Benz museum.

Several of the interested parties did not attend in person, but rather sent representatives with broad and sufficient power in order to preserve their anonymity in the bid, which started at 50 million dollars. The sales contract stipulates that the winner of the auction agrees to transfer the car to exhibit it at events, to keep it in perfect condition and not to resell it to a third party. Demanding conditions to maintain such a precious asset for history