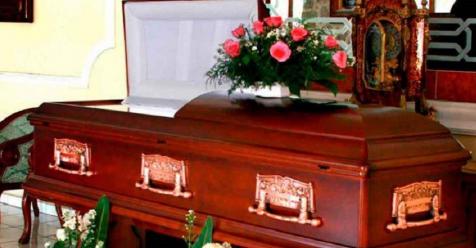 A man appeared at his funeral while he was being watched

An unusual event took place in the city of Chihuahua, Mexico, where what was presented as the normal death of a person ended in a judicial investigation by negligence from the local authorities.

A family received the painful news of the death of one of its members after the police found a body that matched his physical characteristics.

After the discovery of the body, the uniformed men contacted the man’s family to remove the remains and proceed to carry out the funeral. Laurencio Armendariz, the supposed passed away he had left his house to do field work.

The family had organized a farewell with honors and held a memorial service. The ceremony was attended by his closest affections. However, what they least expected was that during the night of that same day, Armendariz would suddenly appear at their house.

The situation stunned those present who could not understand what was happening. They immediately went in search of the relevant explanations from the authorities. Therefore they moved to a police station due to the negligence they had committed.

It was there, when it was discovered that the police officers in charge of the operation did not deliver the remains of the “deceased” to the forensic service, which is why the body could not have been accurately identified and they had committed the mistake with Armendariz.

Immediately the Armendariz family demanded that his death certificate be invalidated. Meanwhile, the Prosecutor’s Office will initiate an investigation to determine who owns the remains of the deceased person.