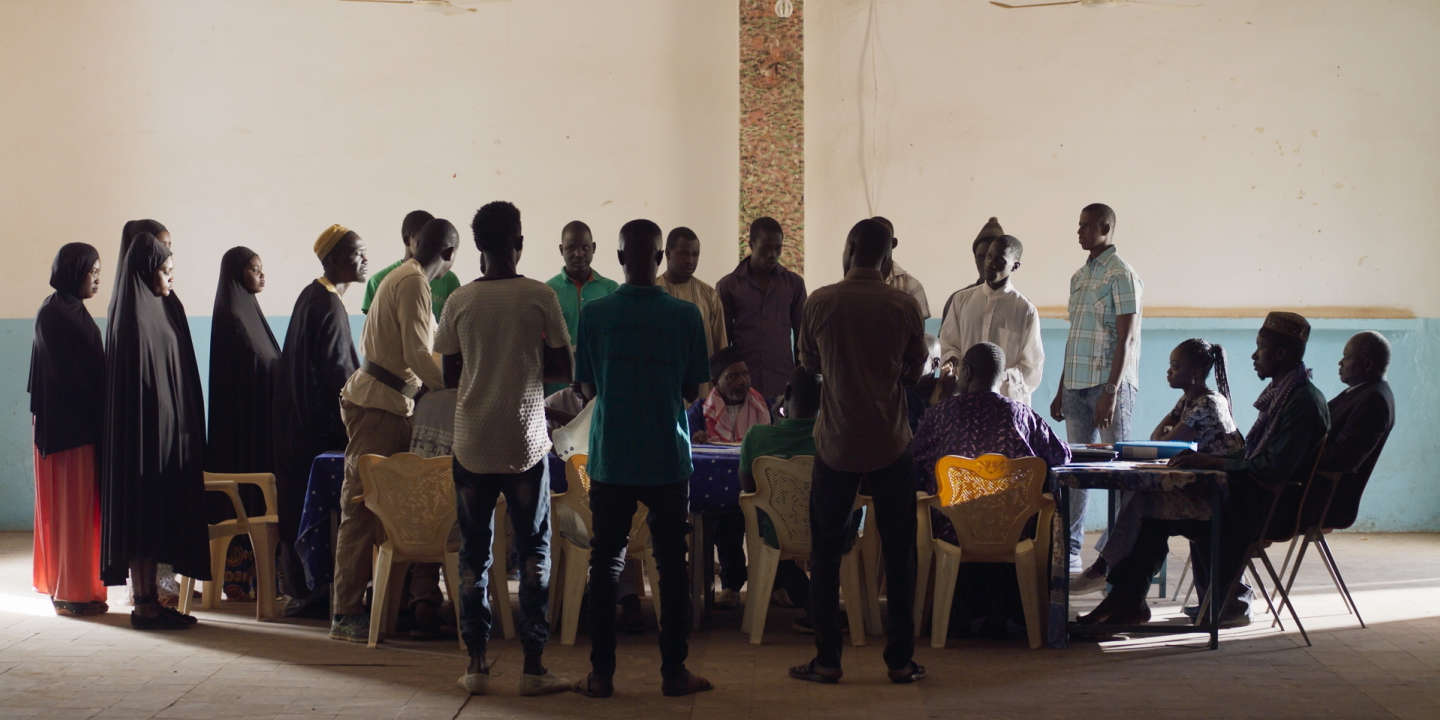 THE OPINION OF THE “WORLD” – MUST SEE

A town in Senegal, between river and desert, appears in aerial view. Delivered high, almost blurry under the white light which crushes it, it is still only an uncertain setting. Then, in the dust of the streets and the darkness of the houses, the silhouette of men and women give life and singularity to the painting. Each one, filmed very closely, brings clues and details, draws the first outlines of the story. Tierno (Alassane Sy) first of all, the imam with the gentle face whose sick lungs have taken to the doctor for the umpteenth time. His daughter, Nafi (Aicha Talla), in love with her cousin, Tokara (Alassane Ndoye), both eager to get married and then to go to Dakar to study. Ousmane (Saikou Lô), father of Tokara and brother of Tierno, returned to his hometown after many years spent in Europe.

Taking care never to pass judgment, the director remains glued to the privacy of his characters

This small family world, captured in the repetitive scenes of everyday life, already betrays the tensions on which the director Mamadou Dia builds, with infinite patience, his first feature film. Nafi’s father evolves like the edge of a bow before sending the arrow. More and more tense, until vibration and relaxation. In the meantime, the story, which will be charged with tensions and settling scores, will have gained a tragic dimension. Which corresponds to an imaginary vision of the director of what could happen to Senegal, his native country, if the Islamists took power.

Journalist for almost ten years before choosing the path of cinema, Mamadou Dia has witnessed similar situations, especially in Nigeria and Mali. He was inspired to write his screenplay which, based on the relationship of two brothers, highlights certain realities in sub-Saharan Africa. Dysfunction – even absence – of the State and discredit from which it suffers among the population, misery weakening the family nucleus, the power of social networks thus run through the history of Nafi’s father. Taking care never to pass judgment, the director remains glued to the privacy of his characters. Point of view which, followed at the slow pace of the days and their rituals, reveals the complexity of the journeys, of the past or still future choices.

Ousmane was able to decide. Very young, he left for Europe to discover the world, far from his family. He came back radicalized, with the desire to develop his city and enrich himself. Conversely, Tierno had little other possibility, after the death of his father, than to take over and become an imam. By convention, too, he must have married a woman older than himself. From this union was born a daughter, Nafi, with whom he maintains a beautiful bond. Moreover, when the latter announces to him her desire to marry her cousin Tokara, Tierno does not oppose it. He is just content to introduce her to other boys to try to change her mind. But each one sticks to his positions and the moment comes to define the rules of marriage. Moment which lays the first bases of the conflict between initially the two brothers, then two clans within the small town.

You have 25.37% of this article to read. The rest is for subscribers only.