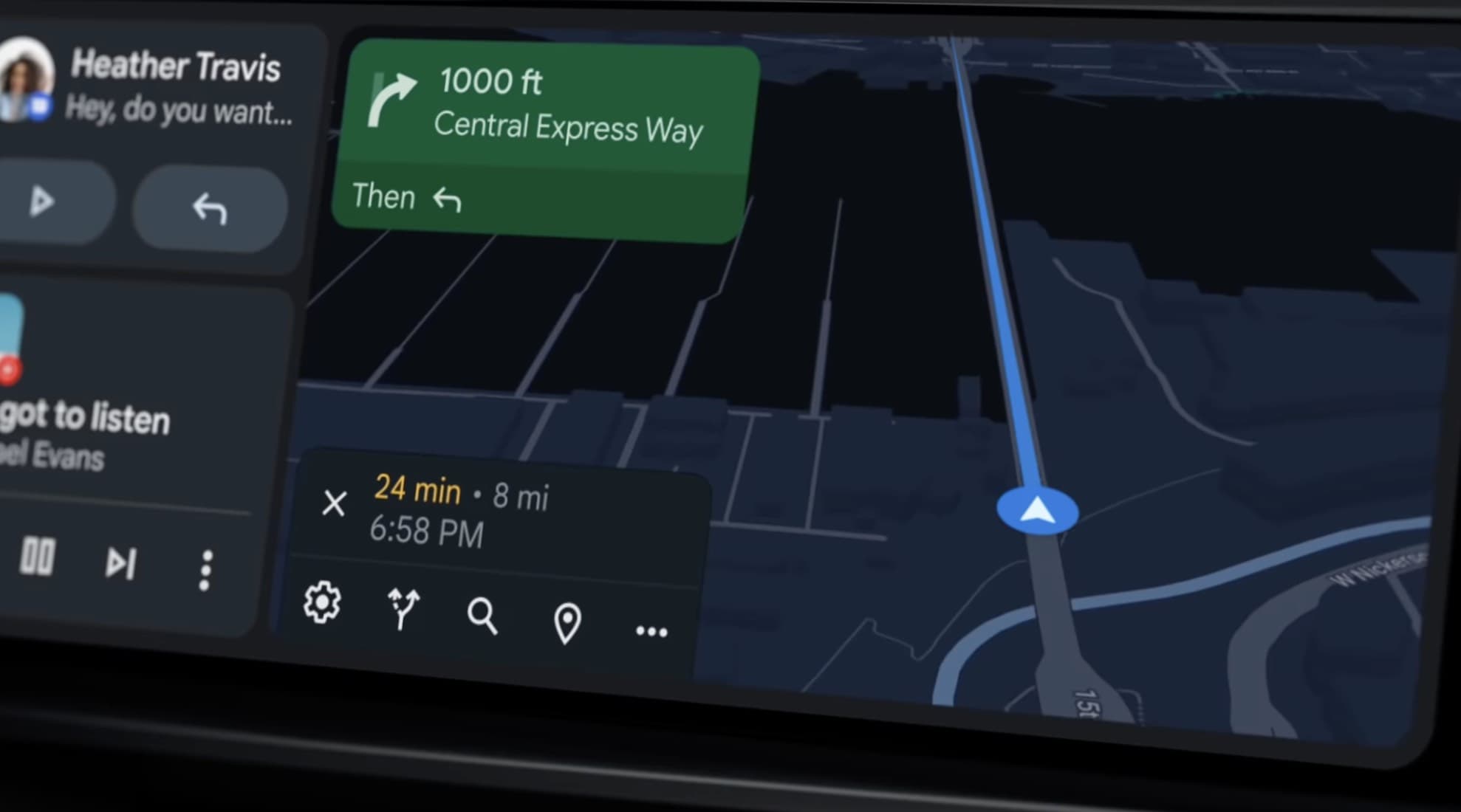 A lot of innovations for Android in cars announced

Android Auto on smartphones and the full-fledged Android Automotive OS will continue to grow and improve this year with more exciting innovations. We had already informed you separately about a special highlight a few days ago. Google announced for Android Auto that the smartphone app will receive a major redesign in the summer. This includes a view for three apps at the same time (map, messenger, player) and better adaptation to different screen sizes.

Android Auto is being improved in a few places

Contextual suggestions are powered by the Google Assistant. This includes, for example, suggested short answers to incoming messages. Google Assistant also recommends music and sharing your arrival time with your contacts. Google would like to make the operation of Android significantly more convenient and efficient. Which can ultimately lead to significantly less distraction.

Google does not reveal exactly when these innovations will roll out. We are only advised to wait and see for the coming months.

As we discovered early on, video app support is rolling out. Android Automotive OS will therefore enable YouTube, Netflix and Co. in vehicles. Just like Tesla has been doing for some time. “So when you’re parked and waiting for your car to charge, or when you’re being picked up curbside, you can enjoy video straight from your car display.”

As an aside, Google is announcing browser support for Android Automotive and a cast function for transferring from the smartphone screen to the display in the car. No further details have yet been revealed. The mentioned cast feature has appeared before for Android Auto, but was never made available on a large scale.

Links with a * are affiliate links. If you buy a product from a partner, we receive a commission. The price for you remains unaffected.

Founder and acting boss of SmartDroid.de, blogs here and only here since 2008. All inquiries to me, in the comments or via the linked networks. More from Denny Fischer