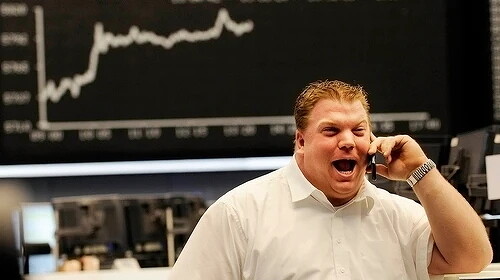 A little-known IT company has suddenly become more expensive than Coca-Cola, Disney and Bank of America. Nobody knows why

Listed on the New York Stock Exchange in mid-July 2022, AMDT Digital, a run-of-the-mill IT company, has surged tens of thousands of percent in less than a month. For a while, the firm even outpaced giants such as Coca-Cola, Disney, and Bank of America in terms of market capitalization. Nothing is known for certain about the reasons for such a surge in popularity of the securities of the Hong Kong company. Even her leadership is confused. According to one version, the shares have become a meme and are bought up by retail investors – members of the thematic community on the Reddit site.

The sudden success of AMTD

Shares of obscure Hong Kong tech company AMTD Digital have soared over 32,000% in the very short time since their IPO for an unknown reason, writes Vice. Even AMTD itself cannot explain what happened. The company did not make any high-profile statements that could so significantly stir up investor interest in its securities.

AMTD Digital entered the New York Stock Exchange (NYSE) in mid-July 2022. The price of one security (depository receipt) was $7.8. In total, during the initial offering, AMTD raised $125 million. However, on Wednesday, August 3, 2022, quotes reached $2,521 thousand per share, though not for long. For some time, the company’s market capitalization was $400 billion. For comparison, this is more than that of the Chinese technology giant Alibaba Group, Bank of America and Coca-Cola, which are traded on the same floor. At the same time, only 250,000 shares were involved in the transactions. The company issued only 185 million securities, but only 19 million of them are in free circulation.

Then during the same day, AMTD shares sank 30%, but still at the close of trading, their price was an impressive $ 1.1 thousand per share, which put the company on a par with American Disney in terms of value.

For no apparent reason

AMTD securities were growing earlier, but at a more moderate pace. The tipping point came on Monday, August 1, 2022, when stock prices almost doubled in half an hour of trading, from $473 to $767 per share.

On Monday, the company issued a press release in which it thanked investors, noted the high volatility (degree of price volatility) of its own shares and assured that it was “closely monitoring the market for unusual stock transactions or anomalies.”

“To the best of our knowledge, there have been no significant events, changes, etc. related to the business and operations of our company since the IPO,” AMTD said in a statement.

What does AMTD do?

The AMTD site, as Vice points out, is full of buzzwords, but doesn’t allow the visitor to form a clear idea of ​​what exactly the firm does. Having studied the resource, one can conclude that, in particular, it offers digital financial services, works in the field of digital media and marketing, and invests in fintech startups in the Asian region.

Amir Dautov, InfoWatch: Due to remote work, the corporate perimeter has turned into a “sieve” with vulnerabilities

As of February 2022, the company had 50 employees, according to publicly available documents. AMTD’s 2021 revenue was just over $25 million.

See also  Russia-Europe, the sanctions already taken and the tsunami on the prices of bread and pasta - Corriere.it

Vice suggests that AMTD securities have become “meme”. This is the name of the shares, the price of which is growing rapidly as a result of buying up by low-skilled retail investors. They gain popularity thanks to social networks and forums, often without any objective reasons.

One of the most striking examples of stock memes is the securities of the American seller of video games, game consoles and accessories GameStop. In 2021, a group of retail investors, coordinated through the Reddit forum, inflated the retailer’s share price by 1800%. Short professional hedge fund investors pulled out of GameStop stocks due to “mob action.”

As CNBC notes, citing Quiver Quantitative data, the ticker HKD assigned to the company on the New York Stock Exchange on Tuesday, August 2, 2022, indeed became the most mentioned by users of the WallStreetBets thematic section on Reddit.