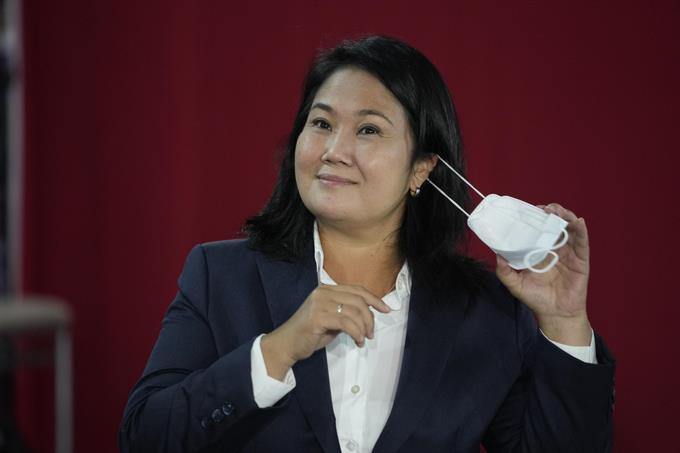 A hundred followers of the Peruvian presidential candidate Keiko Fujimori gathered on Monday at the United Nations headquarters in New York to denounce an alleged electoral fraud after the vote counting, which has so far given victory to the leftist candidate Pedro Castillo.

Shouting “terrorism never again”, “communism never again”, “my vote is respected” or “UN, listen, Peru needs you”, a hundred supporters of the right-wing candidate of the Fuerza Popular party gathered, many from they dressed in the shirt of the national team and waving Peruvian flags and posters in support of their candidate.

“It has been proven that there is fraud and there is theft of signatures (…) We ask that all the records taken and due be reviewed,” Eddie Aguilar, one of the party’s representatives in the northeast of the United States, told EFE that He assures that he asks the UN and other international organizations to pronounce on the alleged electoral robbery.

Fujimori launched a series of complaints of widespread “table fraud” last week without providing reliable evidence of the accusation, and presented a veritable avalanche of claims in order to nullify some 200,000 votes in Andean, rural and poor areas overwhelmingly dominated by Castillo. .

For Aguilar, if Castillo prevails without a recount, the “Government would be illegitimate because it would not be supported by the will of the people.”

“I believe that the UN and international organizations have the full right to speak out. We are not demanding that one party or the other be given a winner, but that the people’s vote be respected,” he stressed.

With the most exalted spirits and loudspeaker in hand, Orieta Fernández, who assures Efe that she has lived in the United States for 21 years, shouts that she does not want her country to become a new Venezuela or a new Cuba.

During the protests, cries were also heard against Vladimir Cerrón, the founder of the Peru Libre party, the presidential candidate Pedro Castillo or against former Peruvian president Martín Vizcarra (2018-2020).