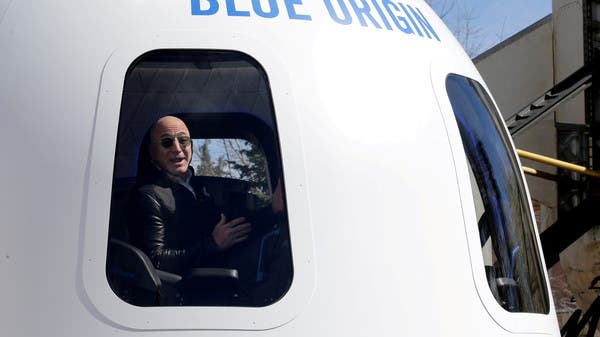 Billionaire Jeff Bezos plans to give $200 million to the Smithsonian’s National Air and Space Museum, one of the largest donations by the world’s richest person, just days before he takes a trip to space.

The bulk of the donation – $130 million – will go towards the construction of the Bezos Education Center, with the rest going to renovate the museum.

The Smithsonian Institution, in Washington, said this was its largest single donation since the original founding endowment of James Smithson in 1846.

In turn, Bezos said in a statement: “Every child is born with great potential, and he is an inspiration that unlocks that potential. My love for science, invention, and space did this for me, and I hope this gift does that for others.”

Bezos founded Blue Origin in 2000, his first major venture outside of Amazon. He will be on board the company’s first suborbital spaceflight next week, along with his brother, Mark, as well as a third person who won the auction for a seat on the flight, whose name has not yet been revealed, as well as pilot Wally Funk, whom Bezos is seeking to restore. She was among the women who underwent the same type of astronaut training, but only male participants were selected for the first NASA team to go on a mission to space.

Bezos’ fortune is currently estimated at $211 billion, according to the Bloomberg Billionaires Index. His donations since 2011, the year he started public donations, have totaled more than $10 billion, but the bulk has come from his ex-wife, Mackenzie Scott.

Since their divorce in 2019, Scott has become one of the most important philanthropists of her generation, donating $2.7 billion last month, bringing her total donations to nearly $8.5 billion.