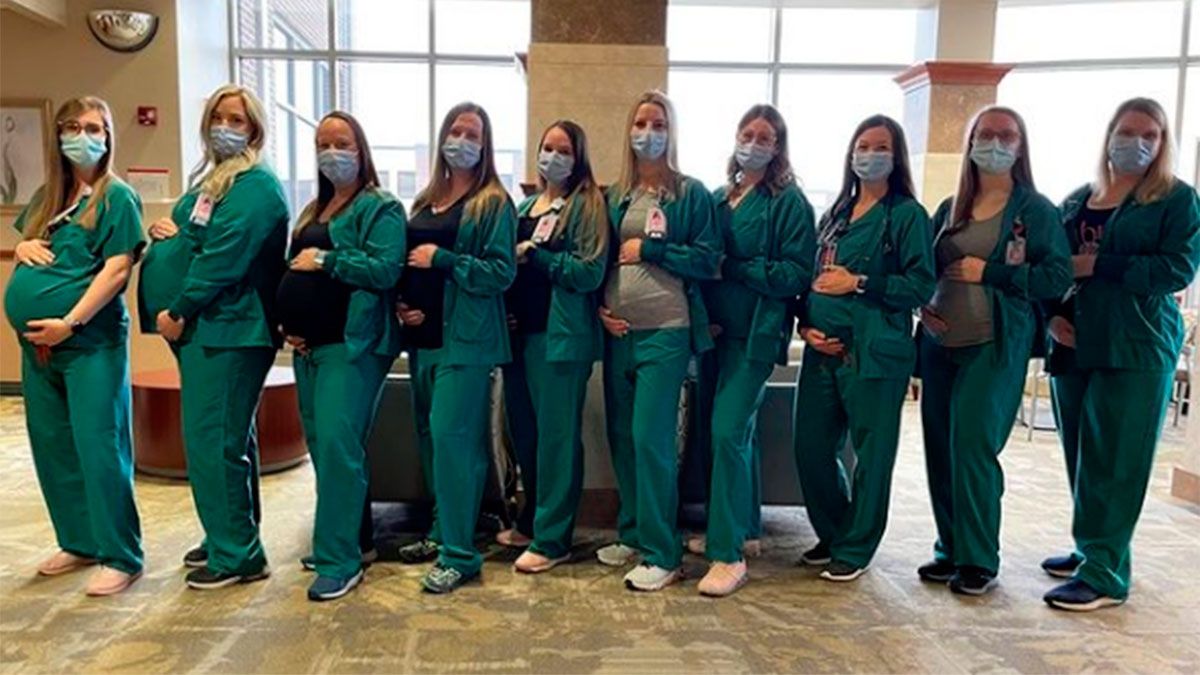 A hospital has ten pregnant nurses at the same time.

In a hospital in Missouri, USA, the news that ten maternity nurses are pregnant at the same time did not go unnoticed.

“I think it’s really unique because they all work in the same unit. Our population ratio is quite high. It sure does happen, but it’s very exciting when it’s this big,” said OB/GYN Anna Gorman, who is on staff at Liberty Hospital and is also pregnant.

For the past few weeks, the group of nurses joked about the unusual situation. “None of this was planned nor is it in the water of the place,” they responded with a laugh.

The news was spread by the hospital itself on its social media accounts. There they shared an image of the 10 nurses with the following text: “We are expecting a baby boom in the birthing center! Ten of our labor and delivery nurses are expecting their own ‘bundles of joy’ this year!”

In the publication they indicated that the first baby will be born in less than two weeks. “In the photo they grow in gestation from right to left,” they indicated.

“It’s been great having each other’s support and being pregnant together,” added Atcheson, 29, who is expecting her third child.

Alison Harrell, a colleague of Atcheson’s, revealed: “With Alex we realized that we will give birth on the same day.” The 30-year-old continued: “Then we started making a list of all the pregnant people. They kept being added as time went on.”

We recommend: Since 2008 he has been working as an inseminator, has 85 children and 20 more women are pregnant

Both Harrell and Atcheson are 37 weeks pregnant and hope to have their babies in their arms before the end of May.

See also  the image that shocked the world

“All this that has happened has been really useful. As well as getting advice and tips from my co-workers and especially those who have had babies before and just relate and say, ‘Do you also have problems with your hips or different pains?'” said Cheyenne Beaty, the last nurse when she found out she was going to be a mom.

As they commented, the 10 pregnant women will give birth in the hospital where they work.