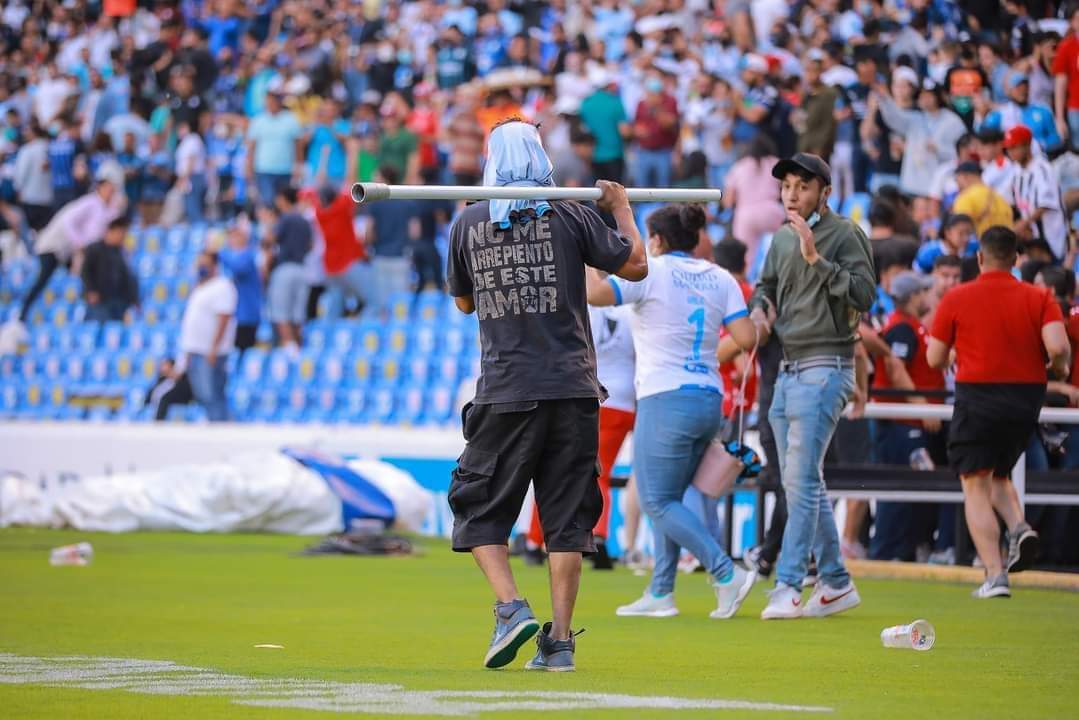 A horrific massacre in a football match .. “video”

About 20 people were killed in riots that occurred during the Queretaro match against Atlas, in the ninth round of the final stage of the 2021-2022 season in the Mexican League, pending the official statement on the number of victims.

The unfortunate events began in the 62nd minute of the match, which took place at La Corregidora Stadium, the stronghold of Queretaro, which was late in the result with a goal for free, as the home fans launched an attack on the guests’ audience, with white weapons, and families were seen trying to escape from the quarrel that extended From the stands to the pitch.

The videos that spread on social networking sites showed the brutality of the attacks and the enormity of what happened, and the severe mutual beating by the fans, especially after the security forces opened the gates separating the stands from the stadium, to try to protect the families in the stands from the fight.

These events prompted the Mexican League to officially announce the suspension of activity, and not to hold the rest of the ninth round matches, while Atlas Club condemned the incident, and demanded the Mexican Federation to investigate what happened, and to punish those responsible severely.

Dead and injured in riots in a Mexican league match https://t.co/nVw2fcAX62#statement_reader_always pic.twitter.com/YZKCK52Rvo