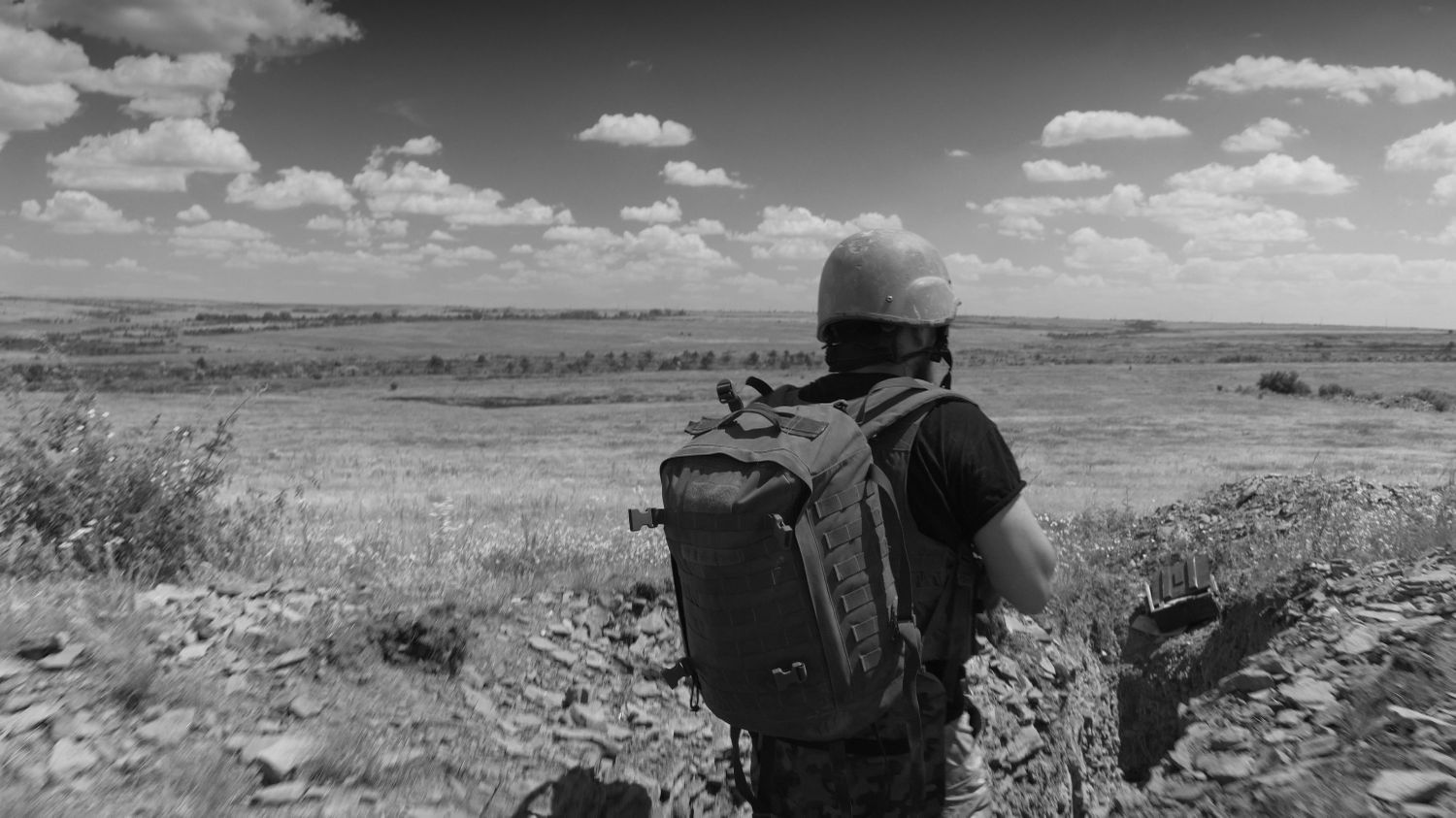 One shot, then two. The image sways in all directions: Loup Bureau, carrying the camera, runs to take shelter from the bombardments. For three months, the journalist filmed the war in Donbass, opposing the Ukrainian army to pro-Russian separatists, and the daily life of blue and yellow flag soldiers. Trencheshis documentary filmed in 2020, both powerful and moving, will be released in theaters this Wednesday, May 11.

“The warning signs that this conflict could degenerate were there. But we closed our eyes”, considers Loup Bureau. After covering the Ukrainian revolutionary EuroMaidan movement and the start of the war in Ukraine in 2014, he is one of the few Western reporters who continued to travel regularly to Donbass. The only one also to be interested in this war which has never ceased. In eight years, the fighting has left 14,000 dead and millions displaced.

“When I first discovered that the conflict in Ukraine had turned into trench warfare, the parallel with the First World War struck me,” says Loup Bureau. Thanks to the help of a friend and former soldier, Dima, he interferes as a journalist in the 30th battalion of the Ukrainian army. He films there a conflict of today, planted in a setting of yesterday. “I have more often had in hand a shovel or a crowbar and all that is needed to make fortifications than weapons”, confides facing the camera an imposing soldier, linen tied around the skull and toothless smile. He adds : “If you want to stay alive, dig.”

In his documentary, Loup Bureau shows men digging. Camera on the shoulder, he follows them on the forehead, as during their wanderings in the freshly plowed furrows. The black and white image brings out the play of light and shadow in the trenches and underground barracks. This choice brings a poetic – even melancholic – dimension to the documentary. The faces of the soldiers, filmed in close-up by the journalist during interviews, give off a certain sweetness. Far from the brutal image of war.

“What I learned from those long months in the trenches is that physical violence is only part of war,” observes Loup Bureau. He never records fights strictly speaking, but rather focuses on filming everyday life. The camera scrutinizes the soldiers trying to recreate a kind of normality: a man cuts the hair of another, a table discusses under the trees, soldiers have fun with video games on a small tablet… On the camp, cats and dogs roaming freely: there are many moments of tenderness between animals and soldiers.

Oxana, the only woman in the battalion, tries to reassure a kitten after a loud bang. As she does with young soldiers. “I tell the guys, we arrived together, we will leave together”, she whispers in the privacy of her shelter. Here, she plays the role of mother: older than most fighters – she is 45 – she watches over these 20-year-old children whose heads “is filled with winds, drafts”. Sometimes it saturates with their lack of maturity. In an interview, she adds: “You can always find common ground with them. I don’t know, I’m used to living with them.”

Loup Bureau transcribes the promiscuity inherent in the trenches on screen using the 4/3 format. Dimensions conducive to fixed and worked plans. The journalist introduces what is called in photography “the frame within the frame”: he films a soldier through a door. The edges of the screen are black and the image stretches. By thus narrowing the framing, he illustrates the psychological confinement of the soldiers. Some yawn, others wait, cigarette in hand. Often, the interviews – where several soldiers confide their concerns – are interrupted by explosions.

“When we film a soldier on the front, we capture something extremely intimate and precious. The proximity to death touches our very existence, our deepest nature”, explains Loup Bureau. During a bombardment, his camera films the arrival of a soldier in the trenches. Still out of breath, he says he has just returned from the front and has just escaped death. He speaks as if the journalist were not there. “As I went back and forth, they got used to my presence and I gained their trust,” says the director.

Usually, reporters are only allowed to stay on the front lines for a few days. They are automatically followed by a press officer and are not allowed to sleep there. Not this time. Thanks to the negotiations led by his friend Dima, with the commanders, Loup Bureau infiltrated night and day within the battalion. Equipped with a 20-kilogram bullet-proof vest throughout the filming, without any other technical team accompanying him, the journalist – who himself risked his life – delivers with Trenches an unprecedented and poignant account of the war in Donbass, the beginnings of Russia’s invasion of Ukraine.

Genre : Documentary
Director: Wolf Office
Pays : France
Duration : 1h25
Sortie : May 11, 2022
Distributer : The Alchemists
Synopsis : On the Donbas front line, soldiers of the Ukrainian army’s 30th battalion clash with Russian-backed separatists. Director Loup Bureau immerses us in this experience of war, at the height of men and in the heart of the trenches. Where everyone must both protect themselves from death, but also try to recreate normality in the abnormal universe of conflict.