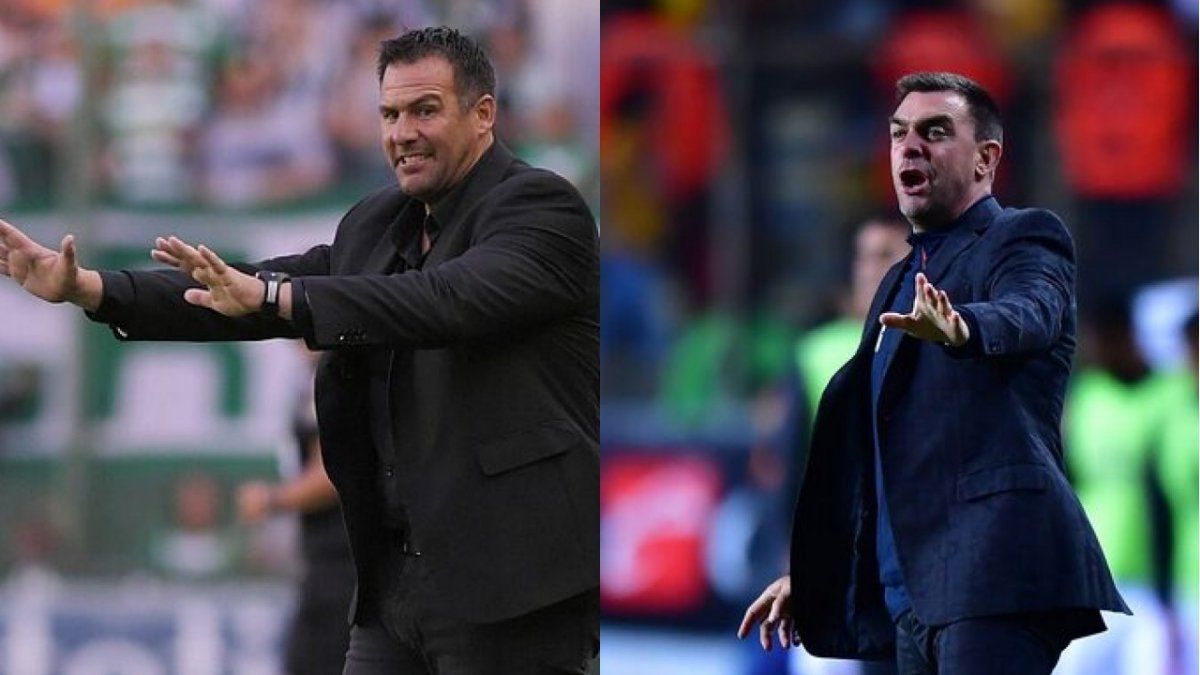 In the case of Dabove, not only does he share a representative, Cristian Bragarnik, with Lucas Bernardi, who is mentioned as a possible sports director after the departure of Sebastián Peratta. Dabove’s first experience in technical direction was in the Godoy Cruz reserve in 2017, precisely at the suggestion of Bernardi, which then led the first division.

Burgos’ decision to include a majority of youth in the last games is a policy that is considered for next season, for this reason Dabove and Bernardi follow that line of work.

In the Dabove coaching staff there is also a former player and technician of inferior leprosy, Guillermo Formica, Mauro’s brother and who was also Bernardi’s field assistant.

Dabove has been out of work for a month, when he left San Lorenzo, where he left after an irregular semester.

In the dance of trainers mentioned to get to Newell’s, Guede appeared. Days ago he rejected a proposal from San Lorenzo. He said that “it was not the time to go back to the club.” According to reports, the refusal is due to not having a good relationship with Leandro Romagnoli, linked to the entity’s professional football. Last April, Guede resigned from Tijuana de México.

His game idea is a set that he presses high, opting for the vertical game. And his preference is the juveniles. This last predilection coincides with what Dabove thinks and with what the red-and-black directive commission raises., taking into account that several young people on the campus already had their first experiences and it is time for them to take off.

See also  National League: Haas turns his back on the NHL and returns to Biel

An example of what was mentioned was when Guede was in Colo Colo, where they were surprised by the opportunities he gave to the young people of the club, even in decisive instances.

Vojvoda is another technician who usually gives importance to young people and who appeared in the consideration, as had already happened when Frank Kudelka left. But the DT made a commitment to Fortaleza of Brazil very recently, at the beginning of May, and there is no chance that the link will be broken and go back to Newell’s.

Vojvoda had waited for that opportunity given the resignation of Diego Osella in 2017, when he took over on an interim basis after having been in charge of the reserve. He knew the young people and it seemed the right time. But then it was decided to choose Juan Manuel Llop and he decided to leave the club.

Today his work is fully involved in the team from the capital of the state of Ceará, which won the Cearense state tournament a few weeks after his arrival and today he will play for the 2nd date of the Brasileirao against Inter de Porto Alegre, after defeating in the Atlético Mineiro debut by 2 to 1 away.

Since the 1974 Movement, led by Ariel Moresco, they will propose Marcelo Grioni for the position of coach, at the meeting of candidates for club presidents scheduled for Wednesday, June 9 at the Jorge Bernardo Griffa Training Center, in Bella Vista. Ignacio Grivarello, candidate for secretary of the group, said that they have been talking with the coach for a long time and the idea is to propose his name in that meeting, as well as the work project. For their arrival to be possible, there must be an absolute consensus.

See also  Toni Kroos about his illness: This is how I experienced Corona - decision about the future of the DFB after EM

“We believe that it is time for Marcelo. He is a working technician, humble and experienced. Breathe and breathe Newell’s. He played in inferiors, lived four years in the pension and accompanied Sensini when the team was runner-up. His life’s dream is to lead Newell’sGrivarello said.

Grioni was a coach in different teams in Peru. He was at Club Deportivo Municipal, Real Garcilaso, Sport Huancayo and Cienciano, with which he achieved promotion to first in 2019 and rescinded the contract weeks ago.