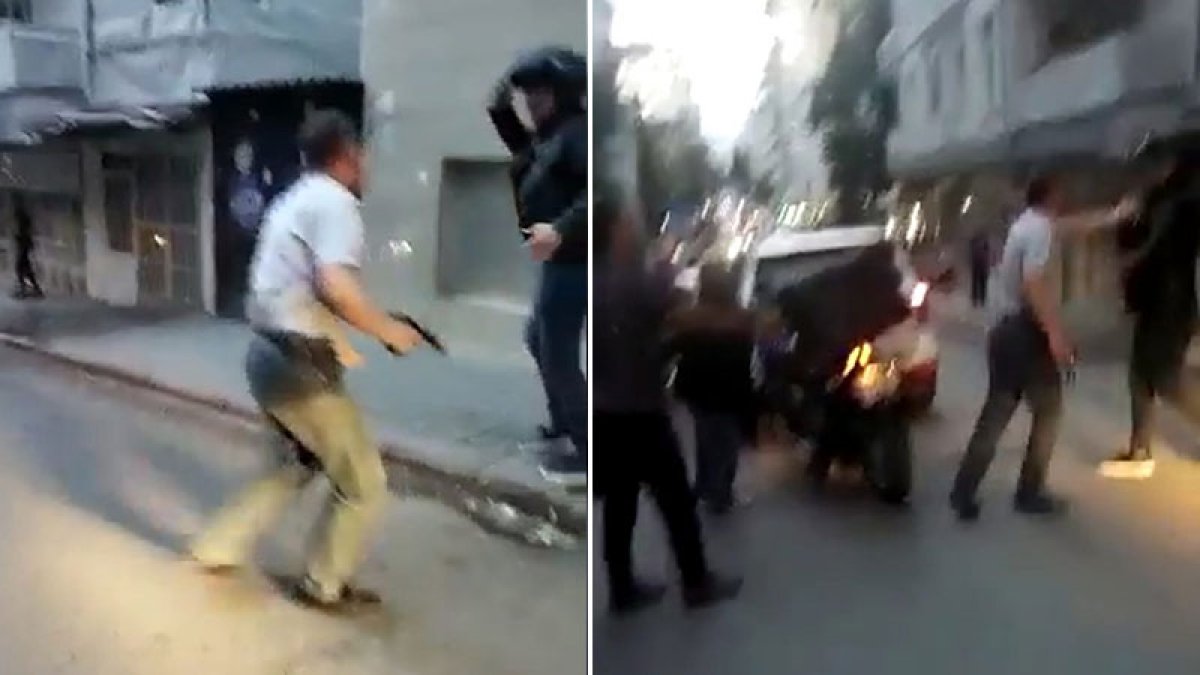 A driver hit a moto courier in Ankara

The moto courier was hit with the hilt of the pistol by the driver of the car he was arguing with in traffic. The moment of the event was recorded by the citizens with their mobile phones.

The car driver, who was on the road in the evening in Ankara Demetevler, continued on his way after hitting the moto courier.

Then the motor courier followed the car to talk to the driver.

Realizing that the moto courier was following him, the driver of the car stopped and started a verbal argument with the courier.

Shot with the butt of the pistol

After the discussion turned into a fight, the driver of the car took out the gun he was carrying and aimed it at the moto courier.

In the images reflected on the mobile phone camera, it was seen that the driver first hit the moto courier with the butt of the pistol and then beheaded him.

In Ankara, the driver hit the moto courier with a gun, in which he was arguing VIDEO

The citizens, who intervened in the moto courier, which was beaten for minutes, moved away from the scene.

According to the news of DHA, the armed driver, who fled the area after the brawl, was caught in a short time by the police teams.