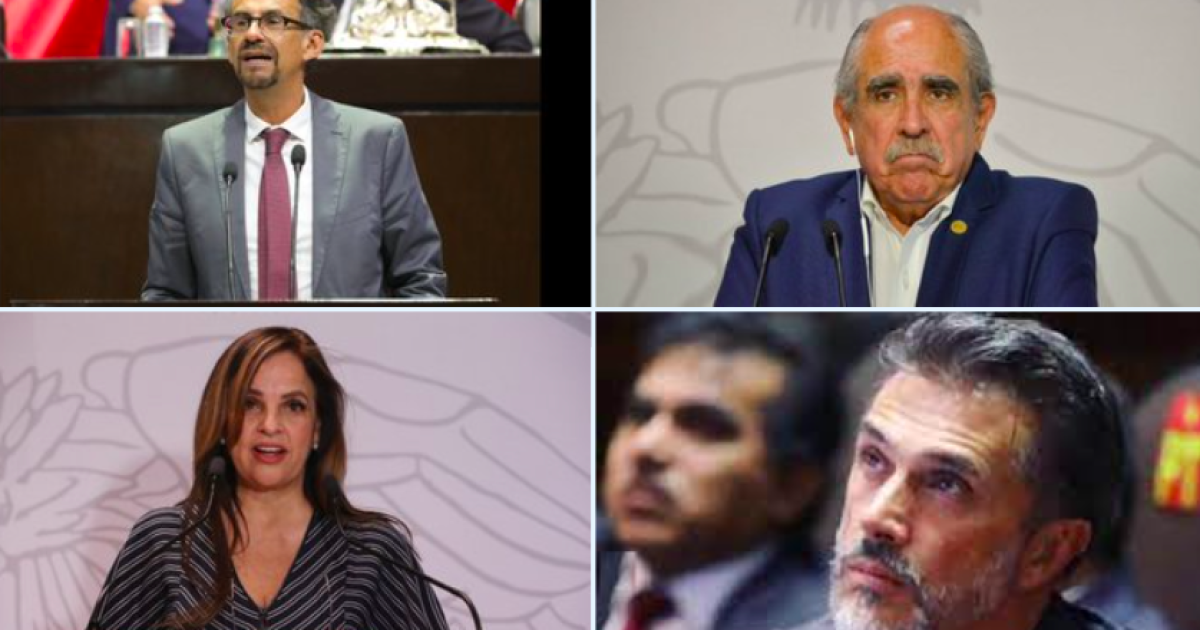 Outside of San Lázaro, the former secretary of Organization of the National Executive Committee (CEN) of Morena stayed, Nayeli Zagal Ramirez, today a federal deputy and who sought to repeat in office.

In her district, the number seven headquartered in Cuautitlán Izcalli, State of Mexico, was defeated by 16,646 more votes (9.47%) by the candidate of the opposition coalition, Joanna Alejandra Felipe Torres.

The legislator was a candidate for reelection for the 24th district of Naucalpan, in the State of Mexico, but was almost a thousand votes behind Claudia Gabriela Olvera, of the opposition coalition.

The actor Sergio Meyer (Morena), in the 6th district of Mexico City’s Magdalena Contreras mayoralty, was another who lost his reelection. 47.85 votes (35.49%) remained below the winner Diana María Teresa Lara, from the coalition formed by PAN, PRI and PRD.

Morena also lost allies that had been part of the Fourth Transformation bloc and will not repeat in office in San Lázaro, like Oscar González Yáñez, who for decades has been in the leadership of the Labor Party.

This legislator lost by 34,672 votes (16.7%) to the PRI Ana Lilia Herrera Anzaldo, in the 27th district of Metepec, State of Mexico, a municipality that the PT ruled a few years ago.

The former activist of the # YoSoy132 movement during the 2012 presidential elections and who last year disputed the general secretary of Morena, Antonio Attolini Murra, he couldn’t win his district either.

This morenista wanted to be a federal deputy for the fifth district of Torreón, in Coahuila, but lost to the candidate José Antonio Gutiérrez, standard-bearer of the PRI and who, without an opposition alliance, won him by 9,917 votes (5.7%) of difference.

The petitioner Clementina Dekker Gómez, the current legislator, also ran for consecutive reelection with the support of the Together We Make History Coalition, but neither could she win her district, the fifth with head in San Cristóbal de las Casas, Chiapas.

In Coahuila, in district four, the Moreno deputy also lost his re-election Diego Eduardo del Bosque Villarreal. In his seat will now be the PRI legislator Yericó Abramo Masso.

To these losses of the bench of the fourth transformation is added that of the deputy Porfirio Muñoz Ledo, who despite his parliamentary experience was excluded from the 65th Legislature, not because he lost at the polls, but because of internal conflicts in Morena, he was not nominated for reelection.

Although he litigated in the internal organs of Morena – and against the leader Mario Delgado – and challenged the decision before the Electoral Tribunal of the Federal Judicial Power (TEPJF), he did not manage to be registered in these 2021 elections to seek the consecutive election as a deputy .