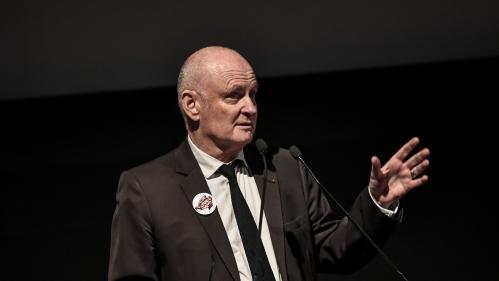 The former deputy mayor of Paris argued on France Inter, after having to resign, criticized for his supposed proximity to the writer accused of pedophilia Gabriel Matzneff.

“When you are assistant for Culture at the mayor of Paris for 17 years, your role and duty in society is to meet, discuss and listen to artists without asking them for their criminal record”, defended himself Thursday July 30 on France Inter, Christophe Girard, adviser of Paris. He resigned from his post of deputy for Culture to the mayor of Paris, Anne Hidalgo, after being criticized for his supposed proximity to the writer accused of pedophilia Gabriel Matzneff.

Imagine for a moment that Gauguin, Rimbaud, Le Caravage, Villon, or Michel Ange are alive today, and despite the crimes they committed and that we discovered later, I would meet them.Christophe Girard

“Radio France, France Culture, the Renaudot prize, I’m thinking of Bernard Pivot for France Télévisions, there will be a lot of witnesses, who will have to explain how we paid for taxi tickets to invite him to shows, how they had lunch with Gabriel Matzneff and why they were doing it “. For Christophe Girard, it was a time “d’indulgence”. “The Gallimard house, the largest publishing house in Europe has edited, therefore read, its manuscripts, can you imagine the number of booksellers who organized signatures and sold their books, so they are all going to be witnesses, involved?”, he said.

The elected Parisian wanted to remind “its fights against discrimination and in particular against patriarchy and violence against women and children”. “Who can imagine for a moment that the father of a family that I am, who grew up in a family of rights, educated in a high school in the Republic, that I would have any indulgence for pedophilia, it is an insult that l ‘we do”, defended Christophe Girard. He called “incredible violence” the banners displayed during the demonstration organized in front of the town hall on July 23 to demand his resignation, and in particular the one designating him as “assistant to the culture of rape”.

Christophe Girard also spoke on the merits of the Matzneff affair. “I do not see how I would have any responsibility for the failure of parents vis-à-vis their daughter”, he assured. The former deputy for Culture in Paris assured not to have “enough” interested in the work of the writer, who retraced his relations under influence, in particular with Vanessa Springora, then a minor.

“It is the big reproach that I can make myself”, he added. Christophe Girard claimed to have “understood” reading the book, The consent, by Vanessa Springora, “that there was a proven manipulative character”. “Gabriel Matzneff never told me that he would be in a small hotel in Saint-Germain-des-Prés to receive the young girl that Madame Springora mother had put in her arms; it was the mother who put her daughter 14 years old in the arms of Mr. Matzneff “, he said.

I saw him regularly, like hundreds of thousands of artists in 20 years.Christophe Girard

Christophe Girard said he had no friendship with Gabriel Matzneff. “For me, friendship is a form of intimacy, of people whose families you know and who know your families. Mr. Matzneff does not know my family, and my children, my entourage do not know him, do not know him. ‘have never met, no it’s not a friend “, he explained.

Christophe Girard was heard in March as a witness in the investigation concerning Gabriel Matzneff, in particular as former secretary general of the Maison Yves-Saint Laurent between 1986 and 1987, who provided financial support to the writer. Three expense reports incurred by the former deputy for Culture for meals with the writer accused of child criminality were also found at the town hall.