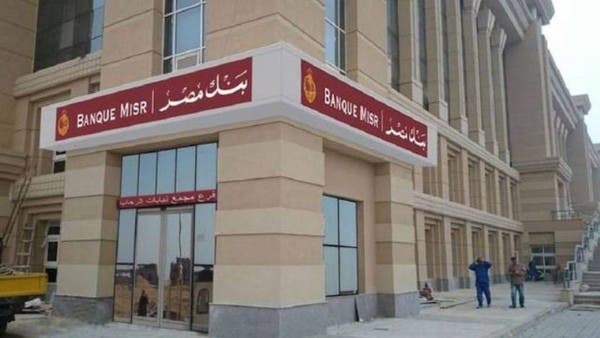 An alliance of Gulf banks that includes the Saudi National Bank, Abu Dhabi Commercial Bank, Emirates NBD and Qatar’s Khaleeji Commercial Bank led the arrangement of a joint loan for Banque Misr at around $250 million, according to banking sources familiar with the matter told Al Arabiya.net.

The sources added that the loan obtained by the bank for a period of 3 years, its proceeds will be used for the general financing purposes of the bank, which is the second largest governmental bank in the country and finances a large share of projects in the local market.

The bank’s return to the global debt markets comes a few months after it obtained the largest syndicated loan in its history, amounting to about one billion dollars.

Among the other banks that worked on the deal as issue managers, Doha Bank and the National Bank of Egypt unit in Britain, according to the sources.

The bank’s return to the global debt markets coincides with some pressures on the assets of the Egyptian banking sector, with net foreign assets recording in the negative range, reaching about negative 7 billion dollars at the end of last November, which means that banks’ foreign exchange obligations exceed what they have.

Last month, the Central Bank of Egypt announced the availability of the emergency liquidity mechanism, which allows it to intervene quickly and provide the dollar liquidity that banks need if the need arises.

See also  How do we close the power gap?