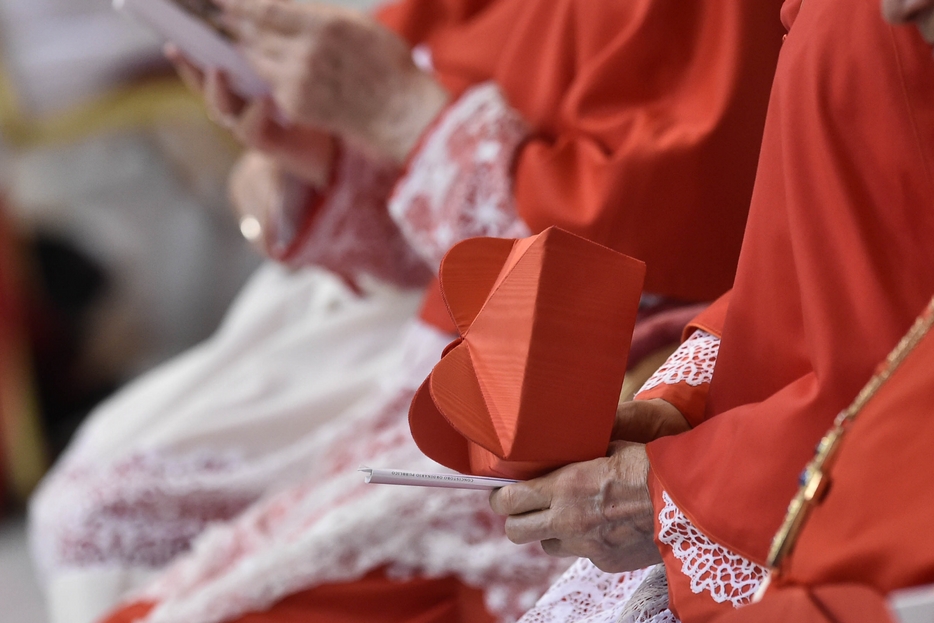 A consistory that looks more and more to the world

A college of cardinals increasingly under the name of Pope Francis is expected, increasingly international, with a greater weight of Asia which corresponds to a lower European and in particular Italian incidence. In fact, yesterday the Pontiff announced that on August 27 – Saturday, the liturgical memorial of Saint Monica, Augustine’s mother – he will hold a consistory for the creation of 21 new cardinals, of which 16 are electors and 5 are over eighty. Announcement, as usual, by surprise. For interested parties and also for the media (Vatican not excluded).

By the end of agosto, this phenomenon the cardinals will then become 229of which 132 voters (not including Cardinal Angelo Becciu among these). The number is well above the ceiling of 120 set, and always respected, by Paul VI. But both John Paul II and Benedict XVI have repeatedly surpassed it. It must be borne in mind, however, that within two months, four voters will reach 80, reducing the number of voters to 128. For the same reason, by September 2023 at most the number of voters will drop to the canonical figure of 120.

Among the 16 new voters there are 6 ordinary in Asian lands (of which 2 Indians, while one of them is the Piedmontese missionary bishop Giorgio Marengo, who with his 48 years will become the youngest cardinal), 4 Europeans (including the bishop of Como Oscar Cantoni, 72 years old), 3 Latin Americans (including two Brazilians), 2 Africans, 1 from the USA.

See also  War in Ukraine - the situation on the ground on the 122nd day: Russia intends to deliver missiles capable of carrying nuclear warheads to Belarus

The bishop of Como, suffragan diocese of Milan (which had a cardinal as archbishop from 1894 to 2017), returns to wear the purple after more than three centuries. The last in fact was Carlo Stefano Anastasio Ciceri (1618-1694).

The purples awarded in the United States, Nigeria and India are particularly significant. McElroy was private secretary to Archbishop John R. Quinn, a leading figure in the progressive liberal component of the US Bishops’ Conference (Usccb) of which he was president in the three-year period 1977-1980. The new stars and stripes cardinal then comes from San Francisco (he was an auxiliary there) where the current archbishop, the conservative Salvatore J. Cordileone, has recently inhibited the democratic leader Nancy Pelosi from receiving communion because he is persistently in favor of recognizing and promote the right to abortion. According to American commentators, McElroy’s choice is a clear signal to the US episcopate in view of the upcoming delicate elections for the USCCB leaders to be held in November. Monsignor Okpaleke, on the other hand, was the protagonist in spite of himself in a particular story. Appointed bishop of Ahiara in December 2012, he was never able to take possession of the diocese due to the tribal opposition of the clergy. In 2018, Francis decided to accept his resignation without appointing you a new bishop. Yesterday, after assigning him a new diocese, he predicted him as a cardinal. The new cardinal in Hyderabad will then be the first “dalit”, that is, coming from an “outcast” family. A historic turning point for India, where even recently there have been strong protests from faithful who complain about the low number of Dalit bishops.

Waiting to know how the new Roman Curia will be configured starting next Saturday, when the Apostolic Constitution Praedicate Evangelium comes into force, among the announced 16 new cardinal electors, Francis has also numbered two recently appointed heads of department (the Englishman Arthur Roche, 72 years old, prefect of the dicastery of Divine Worship and the Korean focolarino Lazzaro You Heung-sik, 71 years old, prefect of the clergy) as well as the governor of the Vatican City State (the Spanish Fernando Vergez Alzaga, 77 years old, of the Legionaries of Christ, former private secretary of the late Argentine cardinal Eduardo Pironio). Despite these three appointments, the weight of the Curia in the college of cardinals is destined to further dilute. At the end of August, the cardinal electors with Roman offices – active or emeritus – will be 33 out of 132, but they will drop to 28 (out of 120) within thirteen months.

On August 27, Francis will also assign the purple to 5 cardinals over eighty, three of them Italian: the Colombian Jorge Enrique Jimenez Carvajal (archbishop emeritus of Cartagena and former president of Celam, 80 years old in March); the Belgian Salesian Lucas Van Looy (bishop emeritus of Ghent, 81 years old); the Piedmontese Arrigo Miglio (archbishop emeritus of Cagliari, 80 years old in July); the Roman Jesuit Gianfranco Ghirlanda (canonist, 80 years old in July); the canon of San Pietro Monsignor Fortunato Frezza (born in Rome and originally from Lazio Tuscia, 80 years old in February). Particularly significant is the appointment of Ghirlanda, who was the great architect of the new Constitution on the Roman Curia as regards the juridical aspects and especially for the decision to link the jurisdictional power no longer to the sacrament of orders but to the papal mandate so as to foster a broader association of lay men and women at the top of the Vatican dicasteries. Ghirlanda then also supported the thesis that the most appropriate way to define who has renounced the Pontificate is that of “bishop emeritus of Rome”.

See also  "Only with the atomic war" - Time

Finally, the weight of consecrated persons in the College of Cardinals which will take shape at the end of August. With the next consistory the number of members of religious congregations will rise to 53, 26 of whom are voters. The Salesians will rise to 11 (including 5 voters), the Jesuits to 7 (but the voters remain 4), the Friars Minor and the White Fathers will again have an elector. The Italian Marengo will be the first Consolata missionary to wear the purple. Just as Vergez Alzaga will be the first belonging to the Legionaries of Christ to do so.