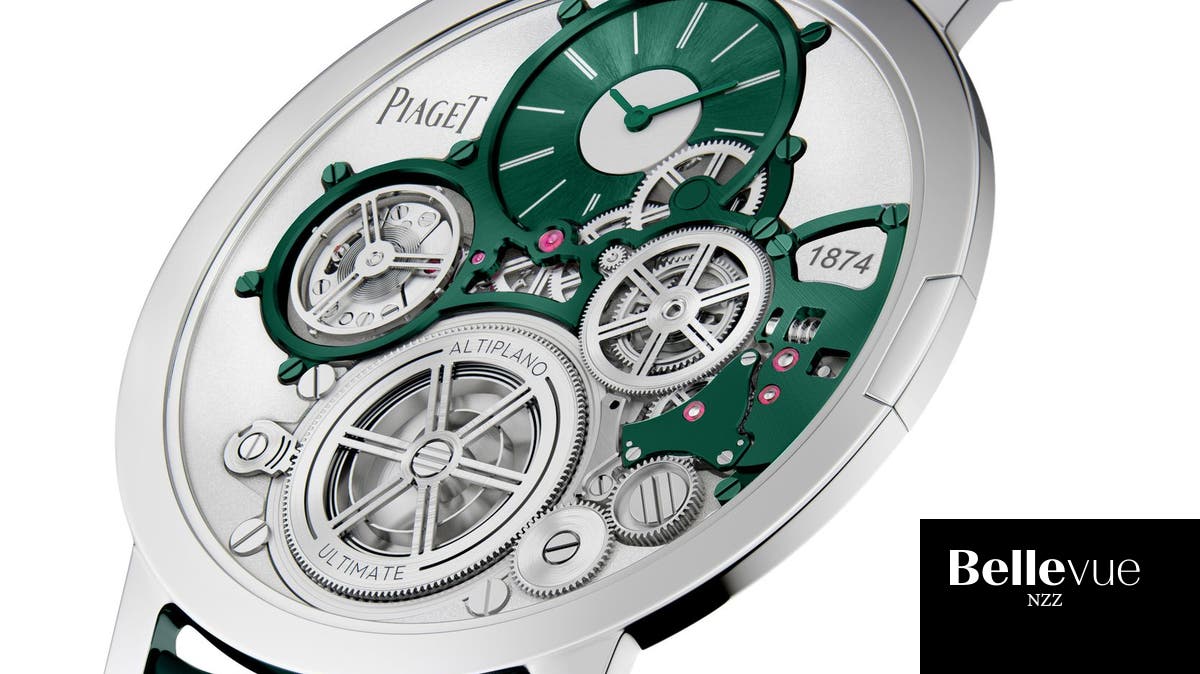 a competition for the last few millimeters

While rugged, chunky watches continue to set the trend, a small group of watch brands are in the running for the slimmest mechanical wristwatch.

Flat watches in particular have always had a particular fascination. Looking at a watch that is only as thick as a five-franc, who does not wonder how it is possible to accommodate such a complex mechanism in such a small space?

In the 1980s, the competition for the thinnest watch reached the absurd pinnacle of a watch with a quartz movement that was only one millimeter high. The result was absurd, for the watch named “Delirium Tremens” buckled under the slightest strain and immediately stopped. The inventive engineers at the movement manufacturer ETA in Grenchen derived the name from the French “très mince” (very thin). At the time, the Swiss watch industry was in fierce competition with Japan, which flooded the world with quartz watches that the Swiss couldn’t beat at affordable prices. That’s why they concentrated on exclusive developments, such as the slimmest watch.

A competition among like-minded people

Today this competition takes place in an illustrious circle of Swiss manufacturers. Until recently it was really just between the two brands Piaget, always known for particularly flat watches, and Bulgari, a brand that has only been involved in haute horlogerie for about twenty years. The brand with Roman roots, previously known for its opulent jewelry and a somewhat inconsistent watch collection, bought the brands Gérald Genta and Daniel Roth in 2000, appropriating their concentrated watchmaking skills.

In 2013, Piaget launched the competition with a watch that was just 3.65 millimeters thick, the Altiplano 900P model. To achieve this low overall height, the designers made use of a principle that made the “Delirium Tremens” possible in the 1980s and later became Swatch’s recipe for success: the fusion of case and movement. The bottom of the watch takes on the function of the movement’s base plate and thus becomes an inseparable part of the mechanism.

The race is on

In 2014, as if the starting signal for this race had been heard, Bulgari presented the first model of the new line Octo Finissimo, which would set eight world records in the following years. The very first model, the Octo Finissimo Flying Tourbillon, was the thinnest watch with a tourbillon in the world, measuring just 5 millimeters high. The thinnest minute repeater in the world followed in 2016 with a height of 6.85 millimeters, in 2017 the thinnest watch with automatic winding (5.15 mm), in 2018 the thinnest automatic watch with tourbillon (3.95 mm), which even the record of the previous year.

In 2018, Piaget spoke again with the Altiplano Ultimate Concept model, the thinnest mechanical wristwatch with a height of 2 millimeters. Bulgari, undeterred by this, continued to build thin watches with complications. The thinnest watch without additional functions can of course wait. The next model in the Octo Finissimo line in 2019 was a 6.9 millimeter thin automatic chronograph with a GMT function.

It was followed in 2020 by a 7.4 millimeter skeleton chronograph with tourbillon and automatic winding, and in 2021 by a 5.8 millimeter thin perpetual calendar. All these watches set another world record for thinness when they were introduced. Some of these records have since been broken, but many of them still stand today.

Finally, this year, the Italians, who belong to the LVMH group, managed to create another sensation, the absolute thinnest wristwatch Octo Finissimo Ultra with a thickness of only 1.8 millimeters. But the joy of the record did not last long, because in July Richard Mille, a brand that has not previously attracted attention with particularly thin watches, announced that it had built the thinnest watch at 1.75 millimeters.

The RM-UP01 Ferrari model, whose shape is somewhat reminiscent of a peloton, is remarkable. It has a conventional structure. This means that the case and movement are separable units. The movement is therefore only 1.18 millimeters thick and is completely surrounded by the case at the top and bottom. For the construction, Richard Mille relied on the movement specialists at Audemars Piguet, the former Renaud & Papi design office in Le Locle.

To get closer to the limits of what is possible

As the ever-shrinking distances from 2 millimeters to 1.8 millimeters and 1.75 millimeters show, the air is getting thinner and thinner. A physical limit is soon reached at this level, which at some point cannot be overcome if the movement is to function. What these numbers stand for can be illustrated by comparing the thickness of coins. A two-franc is 2.15 millimeters thick, while a one-franc is 1.55 millimeters. If you imagine that around 200 moving components would be housed inside such a coin, you get a faint idea of ​​the challenges faced by the designers of these technical marvels.

Building something on a computer screen and then scaling it down is not that difficult. In practice, however, it is very different, because in a clockwork, gears move at different levels and must be supported on both sides. The escapement, together with the balance wheel, requires a certain amount of space, as it is also multi-faceted, and the mainspring barrel also requires a certain volume to be able to store any energy.

On a regular watch, the hands are also on top of each other and need some “air” to avoid touching each other. Finally, the case must protect the movement and not rotate under the slightest stress, because any deformation will stop the movement immediately and possibly cause irreparable damage. One of the most difficult tasks is probably the connection of the case with the sapphire crystal, which at Richard Mille is only between 0.2 and 0.45 millimeters thick. While the Piaget and Bulgari record watches have fairly large windows, Richard Mille chose two small peepholes for the dial and balance wheel to improve stability. After all, the watch must be waterproof up to 10 meters and withstand shocks of up to 5000 G.

Slimness comes at a price

In watchmaking, extra thin watches are one of the complications. They are made by hand in very small numbers and are therefore correspondingly expensive. While the Piaget Altiplano Ultimate Concept and the Bulgari Octo Finissimo Ultra cost a little less than half a million, Richard Mille’s bot costs around 1.7 million.

The best articles from “NZZ Bellevue”, compiled for you once a week by the editors: subscribe now for free.