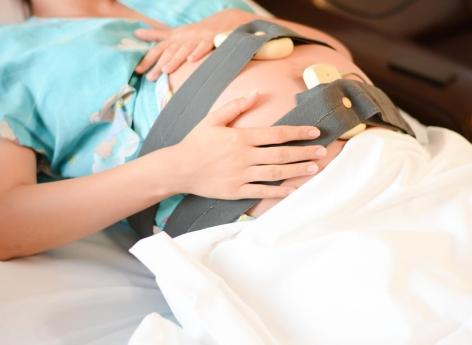 a blood test to predict its occurrence

It is a common disease of pregnancy. Preeclampsia is characterized by high blood pressure and the presence of protein in the urine. This condition can occur suddenly and at any time during pregnancy. In most cases, patients deliver a healthy baby and recover quickly. But if this syndrome is left untreated, it can lead to “many complications which can lead to the death of the mother and / or the child”, according to Inserm. It is therefore essential to detect it as early as possible in order to deal with it early.

Recently, American researchers suggested that sequencing RNA from a blood sample could predict preeclampsia. To reach this conclusion, the scientists carried out a study, the results of which were published in the journal Nature January 5. They analyzed eight studies involving 1,840 pregnancies. Writers “have developed a method to assess the health (of the pregnant woman) and the course of pregnancy”, can we read in a press release.

Analyze genes with a blood test to predict preeclampsia

Analyzing the mother-to-be’s genes from a blood test, scientists say, could provide more details about how the pregnancy went and also reveal whether certain complications, such as pre-eclampsia, could occur. During their work, the researchers identified “gene expression models” associated with an uncomplicated pregnancy. The team also discovered models that predict the onset of preeclampsia in 75% of cases.

The study authors indicated that this technique, tested on preeclampsia, resulted in a seven-fold increase in the correct prediction of the disease compared to current methods. “The analysis of the progression of genes expressed in mother and baby during pregnancy offers a whole new way of describing their state of health, which was not available until now”, said Thomas McElrath, lead author of the work.