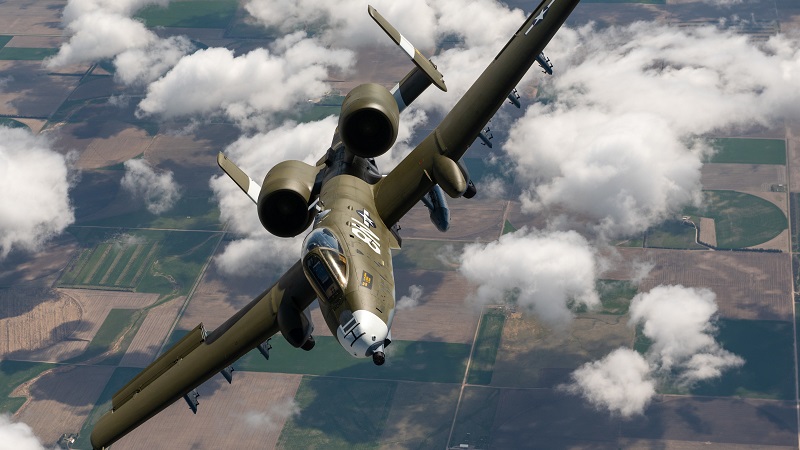 A bitter aftertaste exercise for the Idaho Air National Guard.

Officially it is only an inter-army maneuver to optimize the work of the teams of theUS Air Force with those ofUS Marines Corps. However, the exercise which took place last week at Gowen Field ANGB did not make everyone happy among the pilots and ground crews of the 190th Fighter Squadron. Many seem to have felt like they were being shown a future they currently don’t want: the Lockheed-Martin F-35A Lightning II, instead of their current Fairchild-Republic A-10C Thunderbolt II. So reality or fantasy?

On paper in fact the F-35A Lightning II is planned to replace several aircraft models including the General Dynamics F-16C / D Fighting Falcon fighter or the Fairchild-Republic A-10A / C Thunderbolt II of theUS Air Force. This is the very principle of the program Joint Strike Fighter. Except that in use the stealth plane has proven to be a very good penetration and precision attack fighter-bomber, but a poor close-range tactical support aircraft. Replace the F-16 Fighting Falcon yes, the A-10 Thunderbolt II no.

In addition, the F-35A Lightning II is dragging itself a dirty reputation, not necessarily always very deserved, but which has necessarily reached the ears of the teams of theAir National Guard. Now that of Idaho is (like those of Indiana, Maryland, and Michigan) equipped with the A-10 Thunderbolt II. An aircraft which, despite a few flaws in its youth, has always shown itself to be a safe, reliable mount, and very forgiving piloting errors. In addition, it is the only true flying tank in service in the United States.

Also when on Friday January 7, 2022 four Lockheed-Martin F-35B Lightning II belonging to the squadron VMFA-225 Vikings of the’US Marines Corps landed on the tarmac of the nest of 190th Fighter Squadron some saw it as a sign. That of a Pentagon which seeks to force the hand of the units of theAir National Guard showing them the beast. Except that an F-35B will never be an F-35A, the two planes are far too different.
In three days of exercises, however, the women and men of the two units were able to put aside differences and questions to carry out effective maneuvers.

However, as soon as the F-35B Lightning II returned to their MCAS Yuma base, the controversy resumed, especially in the local media. In fact, the Air Force staff knows that the problem goes deeper than the concerns of the stealth hunter. As soon as an attempt is made to hit the A-10 Thunderbolt II units of theAir National Guard working on it lose staff who do not renew their contracts or even denounce them outright. A scenario that the Obama and Trump administrations had to face. And each time they have backed down. That of Joe Biden will do the same or will he be the President of the United States who will enter the Lightning II in the Air National Guard as a replacement for the Thunderbolt II.

In fact today the Fairchild-Republic A-10 Thunderbolt II is the only aircraft on which the attachment of its personnel is so visceral. A medium or long-term problem that the Pentagon has already looked into, without an answer so far.
So to follow.