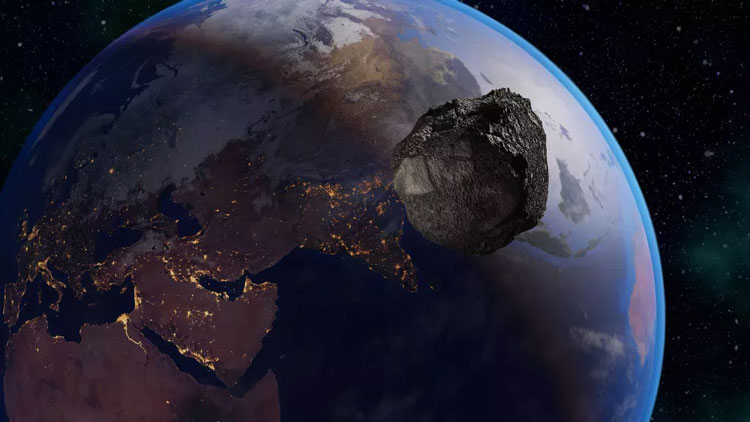 A 780-meter asteroid flew past the Earth

NASA reported that an asteroid with a diameter of 350 to 780 meters flew past the Earth at a speed of over 37 thousand km / h. The asteroid has approached the Earth by 3.2 million km (more than 8 distances to the Moon), which makes us consider it a potentially dangerous object for our planet. This asteroid will make its next passage near the Earth in May 2029, and this will happen approximately every seven years.

Asteroid 418135 (2008 AG33) was first discovered by astronomers on January 12, 2008. The discovery was made by scientists at the Mt. The Lemmon SkyCenter in Arizona and last passed Earth on March 1, 2015, according to NASA’s Center for Near-Earth Objects (CNEOS). Near-Earth objects are considered to be all celestial bodies that approach our planet at 193 million km or closer. Potentially dangerous are those that approach the Earth at a distance of less than 7.5 million km. Asteroid 2008 AG33, as we see, flew at half the distance from Earth – in fact, one step away from us.

To reduce threats from asteroid impacts, scientists around the world are developing approaches that could help deflect these objects off course if they ever aim directly at Earth. In particular, NASA launched the DART (Double Asteroid Redirection Test) mission, which provides for a kinetic strike by a spacecraft on an asteroid. A kamikaze probe will crash into one of the asteroids, and scientists will in practice assess the degree of physical impact of the impact probe on the asteroid’s course.