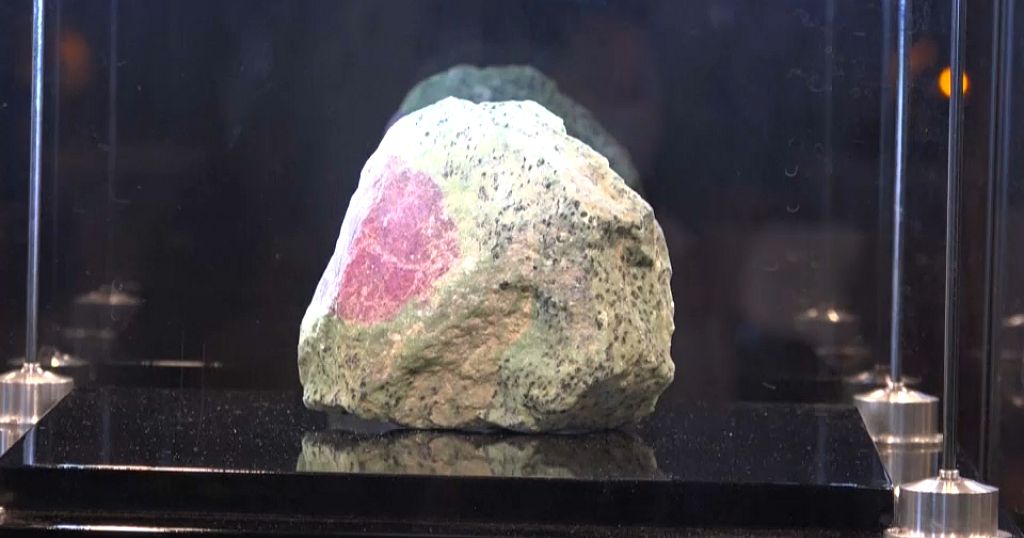 A 2.8 kg Tanzanian ruby ​​on display in Dubai

One of the largest rough rubies found in Tanzania, dubbed “Burj Alhamal”, was first shown to the public on Friday at a hotel in Dubai, United Arab Emirates, ahead of its auction. The price of this stone with greenish and dark purple hues could reach 120 million dollars. Weighing 2.8 kg, it is one of the largest rough rubies ever unearthed in the world and it is among the rarest rubies.

It’s a rough ruby ​​from Tanzania, it’s 8,400 carats, it’s unheated, what I mean by unheated is that it hasn’t been treated. So it’s natural and that’s why it’s precious. We are going to auction it, but before the auction, for the next 30 days, we are going to travel around Dubai in different places where everyone can see it. Because it is important to show that he really exists. You can newsylist these images, but you won’t know if they’re real or not, explained Patrick Bellati, managing director of SJ Gold & Diamond.

The arrival of Burj Alhamal in Dubai solidifies the region’s status as a leader in the gemstone market. During its auction, it will be known whether the stone will be cut into small pieces or sold as is. The potential buyer of the stone will have to decide what to do with it after its acquisition. Last month, a giant diamond called “The Rock” was displayed for the first time in Dubai.