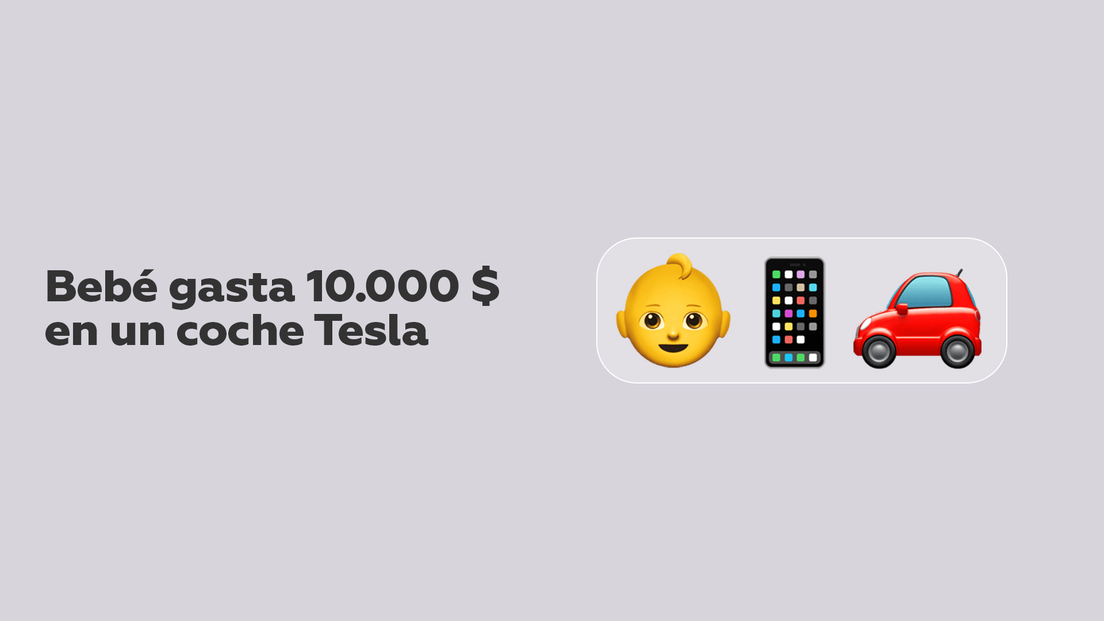 Unfortunately, the child’s mother was unable to undo the transaction, as the automaker’s policies do not allow refunds 48 hours after purchasing their products.

An American woman went viral on TikTok this week because of a video claiming that her 10-month-old son bought a $ 10,000 worth of software update for his Tesla car.

The peculiar incident occurred while the baby was playing with his mother’s iPad and she was cooking. The little boy accessed the automaker’s application and pressed the option to purchase a “complete autonomous driving package”, says the woman, who in the recording also shared the confirmation of the purchase she received from Tesla, the payment receipt and a picture of her baby.

The purchase was only discovered much later, when it was recorded on bank statements. Unfortunately, the injured party was unable to undo the transaction, as Tesla’s policies do not allow refunds after more than 48 hours after purchasing its products.

The video was posted earlier this week and featured 1.8 million views, more than 2,000 comments and about 221,000 ‘likes’ until the publication of this article.

What happened generated various reactions among users of the social network. While some wondered how the application lacks security options to prevent these types of actions, others they were skeptical to believe that the child was responsible for the costly mistake. Many joked accusing the woman of having done it herself and then blaming her son for getting out of trouble.

Responding to an Internet user who stated that banks generally communicate with cardholders when transactions of a certain value are carried out, the mother explained that her bank card was connected to your Tesla account, which made payment easy without the need to enter any data. “It is not a lie; people keep saying that it is a lie and that the bank would have notified me, but our bank is connected to the application,” he explained, and then shared another video showing his car on his profile.