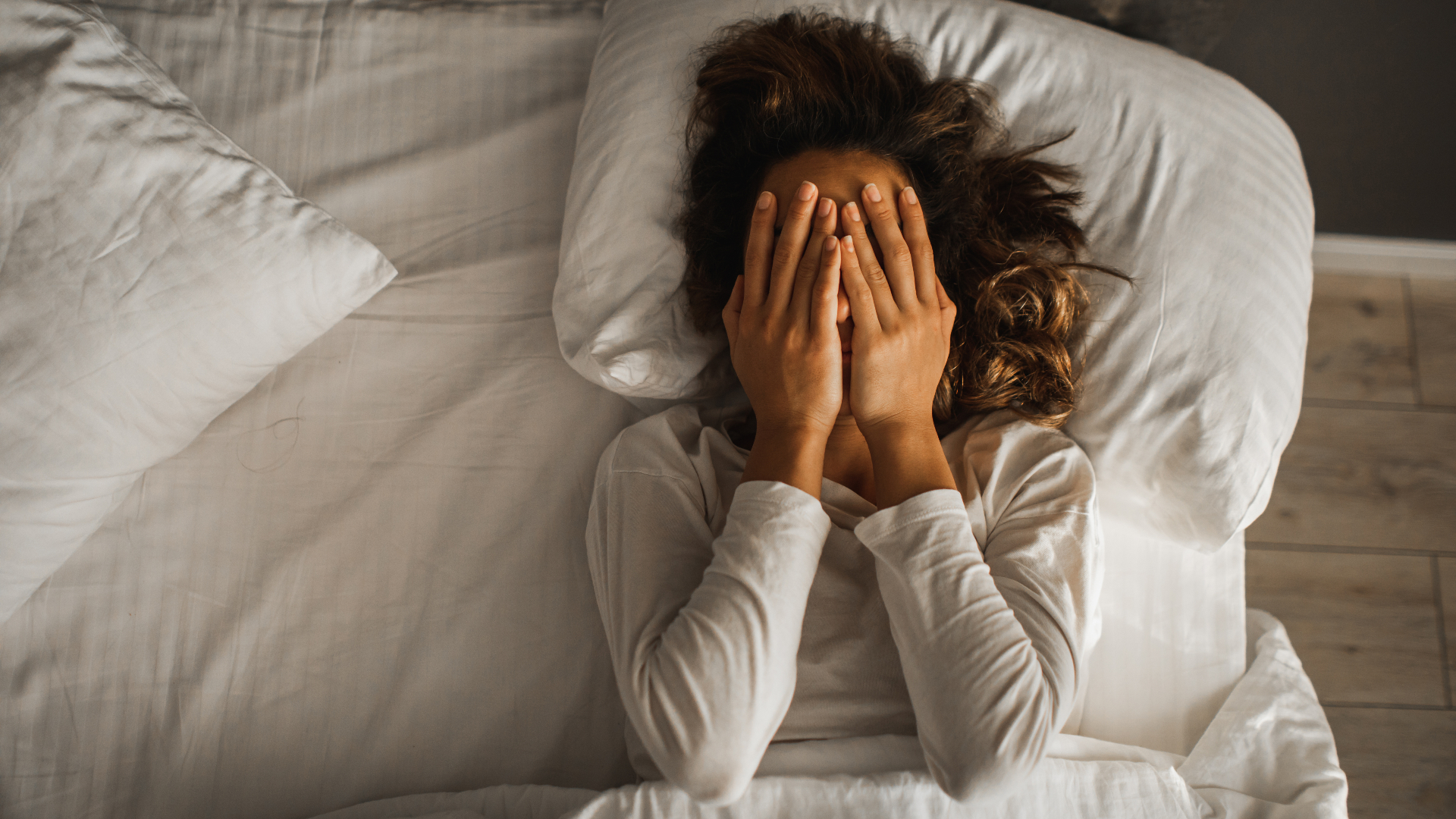 There are a number of sleep myths that are often mistaken for facts — from how long someone should sleep for to whether a nightcap helps people drift off sooner. Far from being harmless, some of the most misleading sleep claims can lead to poor sleep hygiene and habits, resulting in poor sleep quality and negative health outcomes.

Below, we unpack eight of the most common sleep myths.

This often-maligned dairy product is sometimes said to provoke vividly dark dreams, but there’s no evidence to suggest cheese causes nightmares, according to a 2015 review of studies published in the journal Frontiers in Psychology (opens in new tab). The review found that disturbing or vivid dreams were more associated with emotional eating, uncontrolled eating and dieting rather than what was eaten.

However, late-night eating can lead to disrupted sleep, according to a study published in 2019 in the journal Molecular Nutrition and Food Research (opens in new tab). This is because the body’s circadian rhythm — the internal clock that regulates the body’s sleep-wake cycle — is thrown out of whack as the body works hard to digest food, disrupting natural sleep patterns. According to the Sleep Foundation (opens in new tab)a U.S. non-profit organization, irregular or insufficient sleep can trigger vivid dreams and nightmares, so a late-night snack — whether it’s cheese or any other food — might be best avoided to ensure a restful, dream-free sleep.

“Alcohol directly reduces REM sleep, which is vital for memory and emotional processing,” he said. REM sleep, or rapid eye movement sleep, usually starts about 90 minutes after falling asleep. “If you start to rack up a REM sleep debt, you might struggle to concentrate, learn and lay down long-term memories.”

A 2018 review published in the journal Sleep Medicine (opens in new tab) also found that alcohol increases the risk of snoring and sleep apnea — a condition in which people experience pauses in breathing or shallow breathing during sleep — by up to 25%, leading to further sleep disturbance.

3. Everyone needs eight hours of sleep a night

There’s no exact answer for how much sleep people need, but there are general recommendations for each age group, Meadows said. For example, an average adult needs seven to nine hours of sleep, according to the National Sleep Foundation Guidelines (opens in new tab)but some people may need as few as six or as many as 10.

How much sleep we need is determined by our stage in life, our health and how much energy we expend during the day.

“Each of us needs the right amount of sleep to maintain good health, and it’s unique to each individual,” Meadows said.

4. It’s possible to function on just five hours of sleep

While it’s true that some individuals do seem able to cope with less sleep, the vast majority of people need more. A shorter sleep duration is associated with obesity, diabetes, heart disease and high blood pressure, according to a 2017 review in Sleep Medicine (opens in new tab).

However, scientists have discovered two genetic mutations that may enable individuals to be natural short sleepers without suffering any of the adverse health effects of sleep deprivation. But these mutations are rare, and most people need more than five hours of sleep.

“As our biological sleep need is ingrained in our genes, it is important to note that one cannot change and control how much sleep they need,” Meadows said. “It’s crucial to identify what one’s sleep need is, as meeting this need is vital in maintaining good health.”

See also  Review of "Station 2" with "Alice" from "Yandex": what has changed, characteristics, price

It’s a common misconception that people require less sleep as they get older. They need just as much sleep — it’s just often harder to come by, according to a 2019 study in the journal Sleep Health (opens in new tab).

“By the time we reach our 50s, we’ve lost up to 70% of the deep sleep we had in our 20s,” said Meadows. “However, the suggestion that older adults need less sleep as they age is a myth. Reduced deep sleep and the rise in sleep-disturbing medical conditions and their accompanying medication make it harder to obtain enough good quality sleep.”

The most common issues disturbing sleep in older people include the increased need to go to the toilet due to a weakened bladder, as well as physical discomfort and pain such as arthritis, Meadows said. Sleep-related disorders, such as sleep apnea and restless leg syndrome, are more common in seniors too, according to the National Sleep Foundation (opens in new tab).

6. It’s better to have a warmer bedroom for good sleep

A cooler sleeping environment, with a temperature between 65 and 70 degrees Fahrenheit (18 and 21 degrees Celsius), is recommended for the best rest, according to a 2019 study in Sleep Health (opens in new tab). Anything higher than this can create a hot and stuffy atmosphere that can lead to poor sleep.

“Switch off the central heating and swap your lightweight summer duvet for a higher tog winter one,” Meadows said. “Alternatively, use a combination of sheets, quilts and blankets, as this allows you to more easily regulate your temperature at night for better sleep.”

Occasional light snoring may be harmless, but consistent loud snoring is a symptom of obstructive sleep apnea (ONS), a condition in which people experience pauses in breathing or shallow breathing during sleep and affects up to 9% of American adults, according to the Sleep Foundation (opens in new tab).

As well as being irritating for sleeping partners, ONS can lead to serious complications, such as cardiovascular disease, heart failure and stroke, according to the Mayo Clinic (opens in new tab). If you are a frequent loud snorer, speak to a doctor.

8. Exercising in the evening disturbs sleep

Those who enjoy a post-work run or gym session shouldn’t worry about impaired sleep. A 2016 study published in Sleep Medicine (opens in new tab) looked at the exercise habits and self-reported sleep quality of 1,000 U.S. adults and found that people who exercised in the evening, less than four hours before they went to bed, reported no problems with falling or staying asleep that night. In fact, the individuals reported better sleep on the evenings they exercised compared with the evenings they didn’t.

A 2019 review in the journal Sports Medicine (opens in new tab) looked at over 20 studies into exercise and sleep and also found that people who exercised in the evening enjoyed increased deep sleep and decreased stage-one sleep — the lightest phase of sleep. However, researchers found that vigorous exercise one hour or less before going to bed had a negative impact on sleep quality.

Joanne Lewsley is a UK-based freelance writer and editor, covering health and lifestyle news and features. She mainly creates evidence-based health and parenting content and has worked with a number of global sites, including BabyCentre UK, Medical News Today, Fit & Well, Top Ten Reviews, and Yahoo!