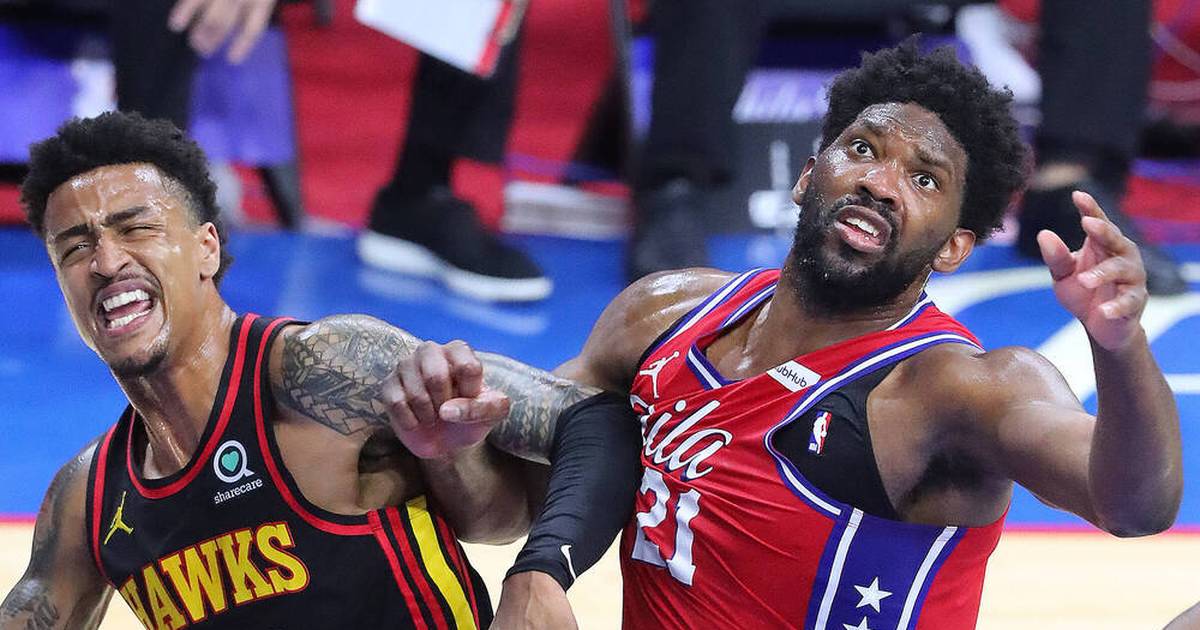 The Philadelphia 76ers struck back against the Atlanta Hawks in the NBA playoffs. (Everything about the NBA)

The Sixers won in their home Wells Fargo Center game two of the semi-final series of the Eastern Conference with 118: 102 and thus equalized the defeat from the first duel.

Man of the day was Philly superstar Joel Embiid. The Cameroonian, who finished second in the NBA MVP election, delivered the best playoff performance of his career with 40 points and 13 rebounds. Shortly before half-time he risked expulsion in a heated duel with Hawks professional Danilo Gallinari, but was well served with double technicals.

At Atlanta, Trae Young and Gallinari shared the top scorer’s place with 21 points each. (SERVICE: The schedule for the 2020/21 NBA season)

Sixers with the better start against Atlanta

Both teams started with the same starting fives as in the first game. Philadelphia got off to a furious start in the match and was already leading in the middle of the first quarter with 23: 6. Only towards the end of the first quarter did the Hawks succeed in setting their own accents on the offensive.

Without the strong Embiid problems were revealed in the Sixers offensive, but the hosts went into the break with a narrow lead of 57:55.

The game was finally decided by the 11-0 run by the Sixers at the start of the last quarter.

Jazz defeat the Clippers in game one

The Utah Jazz have meanwhile narrowly prevailed in game one of the semifinal series of the Western Conference against the LA Clippers with 112: 109. (SERVICE: The tables of the NBA)

Donovan Mitchell scored 45 points and five assists for Jazz and was instrumental in helping the hosts win.

Especially in the third quarter, he almost single-handedly caused Utah to make a comeback. For the first time since the first quarter, the home team was able to take the lead again for a short time.

The game remained open until the end, with a chance of victory for both teams. A loss of the ball by Mitchell in the last minute could not use the Clippers. Rudy Gobert blocked the ball at the last second.

At LA Kawhi Leonard was the best thrower with 23 points, Paul George got 20 points.