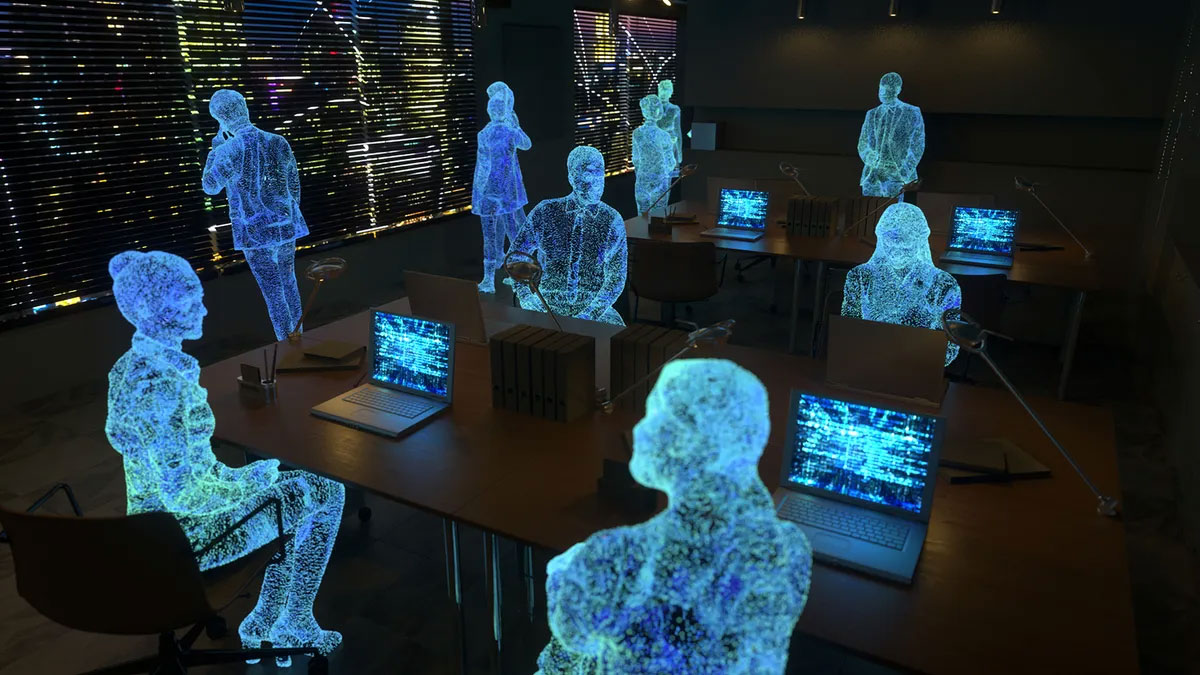 And coinwire studio in which more than 10,000 cryptocurrency investors from around the world participated, found that there is a great affinity towards the metaverse on the part of users. He means that parallel universes could have a very marked influence on all areas of the social life of these people.

The survey of the website specialized in cryptocurrency trading carried out in December, found that 69% of the people surveyed bet on the metaverse as a way to reshape their social lifestyle, through a new approach to entertainment.

Insights from the metaverse in 2023

Despite a very tragic 2022 for the crypto market and Web3 in terms of investments, the future of the crypto space remains optimistic. The prospects for users and investors continue to rise, especially when it comes to the metaverse.

The metaverse is considered by experts as a “Digital transformation in progress”. So, as it continues to advance technologically and its business models take shape, the greater the possibility that it will have a more tangible impact on people’s social and economic lives.

The new developments of the metaverse extend to all fields of human life: economic, social, cultural, religious, etc. The funeral industry is also exploring what the death in the metaverse and the funerals of the future.

The metaverse has ceased to be purely visual to acquire other more tangible characteristics recently revealed. During the Consumer Electronics Show 2023 virtual reality samples that included touch and smell were exhibited.

USA, China and India the most advanced

The study found that the United States ranks first in metaverse innovation. Followed by China with 78% and India with 75% regarding the adoption and daily use of these parallel worlds.

In the CoinWire survey, it also revealed something that is striking. Although 9 out of 10 respondents have heard of Web3, more than half still don’t know for sure what the term actually implies or exactly what it refers to.

Also, many investors still feel a bit of uncertainty regarding the digital or crypto industry. Almost two thirds of those surveyed stated that more regulations should be applied. In 2022, almost the whole world began to discuss and adopt new rules related to the cryptocurrency industry.

Many areas of Web3, including the metaverse, are starting to be a priority issue for many countries. In South Korea, for example, the government has just opened its first metaverse pilot city to the public. Large technology companies from the United States and China are making gigantic investments in its development. For example, Microsoft has obtained in the last five years, 158 patents related to the metaverse. Competition with other mega tech companies like Meta, Epic Games, and Tencent, is in full swing.

Although metaverse adoption and investment in this area has slowed in the past year, enthusiasm from investors and developers remains. During the first half of 2022, more than $120 billion was invested in the development of the metaverse, according to the latest report from McKinsey.

See also  They confirm the 5 major brands that will arrive in Colombia in 2023; they will have physical stores

Several companies entered into partnership agreements and released products tied to the metaverse. Even companies like JPMorgan, which rival decentralized finance, have jumped on board with this cutting-edge technology. The US financial institution created the first metaverse bank early last year.

Web3 is becoming a multi-billion dollar industry in which different concepts and technologies come together. They are underlying technologies that include blockchain, the Internet of Things, augmented reality (AR), virtual reality, and space and artificial intelligence (AI).

In these virtual spaces, life, as we know it, is reproduced. Likewise, it has different applications, from games and real estate, to spaces for art and fashion. Web3 also offers interoperable collaborative tools.

With all these elements present in the metaverse, in a centralized or decentralized way, it is possible to create environments in which users interact simulating the real world. Although it might be possible, later on, to simultaneously share both worlds.

Is it worth investing in the metaverse?

The CoinWire survey found that 53% of investors surveyed invest in the metaverse and own some form of cryptocurrency. Although this area still arouses suspicion among many people, the truth is that large companies and individuals believe in their future benefits.

The metaverse is just beginning to take its first steps. But many already see the great potential it offers based on some considerations. The fact that it is supported by blockchain technology indicates that it is a safe and efficient technology.

Another quality or advantage is that the metaverse has a diversity of applications in the economy, so it involves a wide range of industries. Whether it is used to conduct business transactions or to store data.

See also  her astonishing silhouette is revealed a little more!

It also offers a host of potential benefits for investors. It has the potential to grow and expand rapidly, because behind these technological platforms are large companies investing large sums of money and talent.

The platforms of these parallel worlds have unique characteristics. They allow users to create and manage their own digital assets and businesses. But they also offer the possibility of not reproducing errors and human errors typical of the real world.

In the metaverse it could be possible to create a world in which trust, security and transparency are inescapable rules of life.

The McKinsey report predicts that by 2030 the metaverse has the potential to generate a market value of $5 trillion. However, for many informed observers the hype around these virtual worlds is outpacing the reality of their potential.