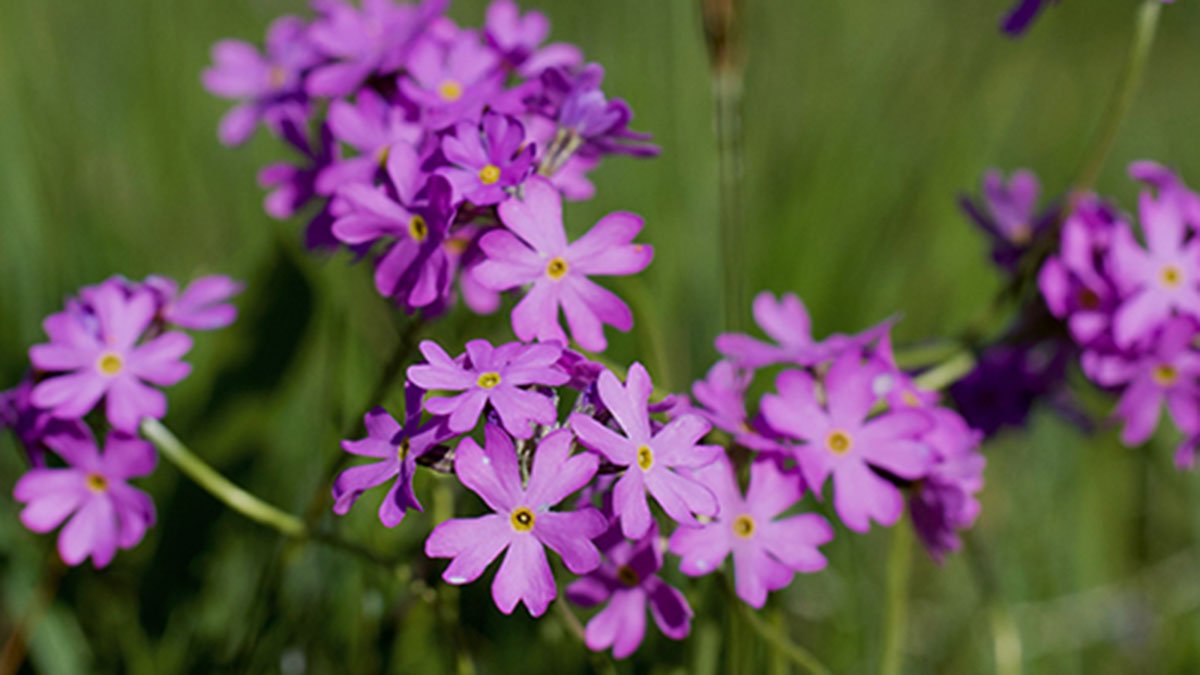 60 years of changes – winners and losers in Swedish nature

Mayflies, cuckoo’s shoes and butter balls have become fewer, while plants that like heat have managed to spread. This is shown by a study that looked at how over a thousand plant species coped with the combination of overgrown land and increasing average temperatures in Sweden.

It is well known that biodiversity is affected by the loss of valuable habitats and by a warming climate, but it has been more difficult to show whether these threats reinforce each other and accelerate the changes in nature.

Now researchers at the Swedish University of Agriculture, SLU, have investigated how Swedish plants have reacted to changes over the past 60 years.

The spread of plant species was followed

The researchers have compared older floras from Bohuslän, Medelpad, Uppland and Öland with more modern inventories. Through this, the researchers were able to calculate how the distribution of more than 1,200 plant species changed between the first half of the 20th century and the beginning of the 21st century.

During this period, grazing and mowing ceased on large areas of species-rich grasslands, i.e. meadows and natural pastures that have subsequently grown back or been planted with trees. At the same time, the climate has become almost 1.5 degrees warmer. 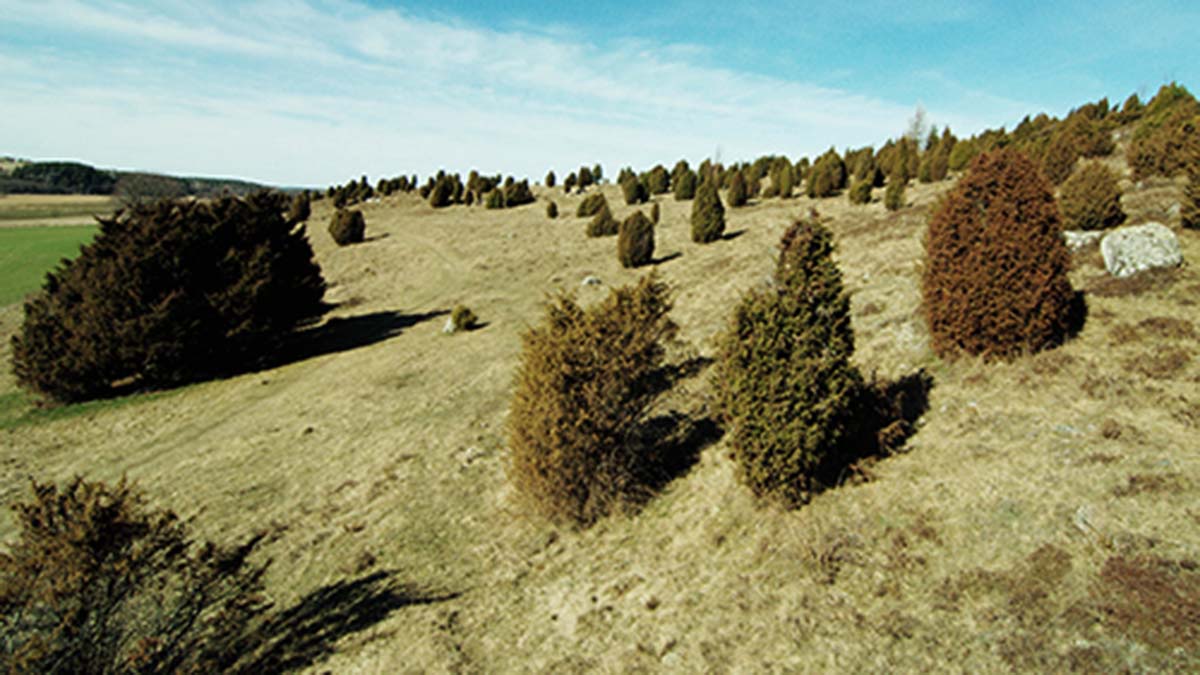 Old pastures need to be cared for and restored in order for grassland species to survive in the long term. Photo: Alistair Auffret

The researchers discovered that species associated with old pastures and meadows, such as mayweed, butterballs and cross sedge, have reduced their ranges.

– We already know that we have lost many grasslands in Sweden, but to see how this has affected the regional distributions of grassland species is worrying, says Alistair Auffret, docent in ecology at SLU.

See also  This samurai game with cutting edge gameplay will be back in physical format, but not on all media...

The analyzes also showed that species with a relatively northern distribution in Sweden were more likely to reduce their distributions. On the other hand, it was better for heat-loving plants and species that already had a relatively large distribution from the start. They could take advantage of the rising temperatures.

Many of the species that have increased their distribution are also more closely associated with forest environments. However, it is not about plants that need old natural forest, but about species that can establish themselves quickly on the abandoned and overgrown grasslands.

It has also done well for plants brought in by humans, such as lupine and giant balsam.

– We saw that the species that did better mainly filled the gaps in their distribution, while plants that prefer cooler temperatures declined the most in the south, says Alistair Auffret. 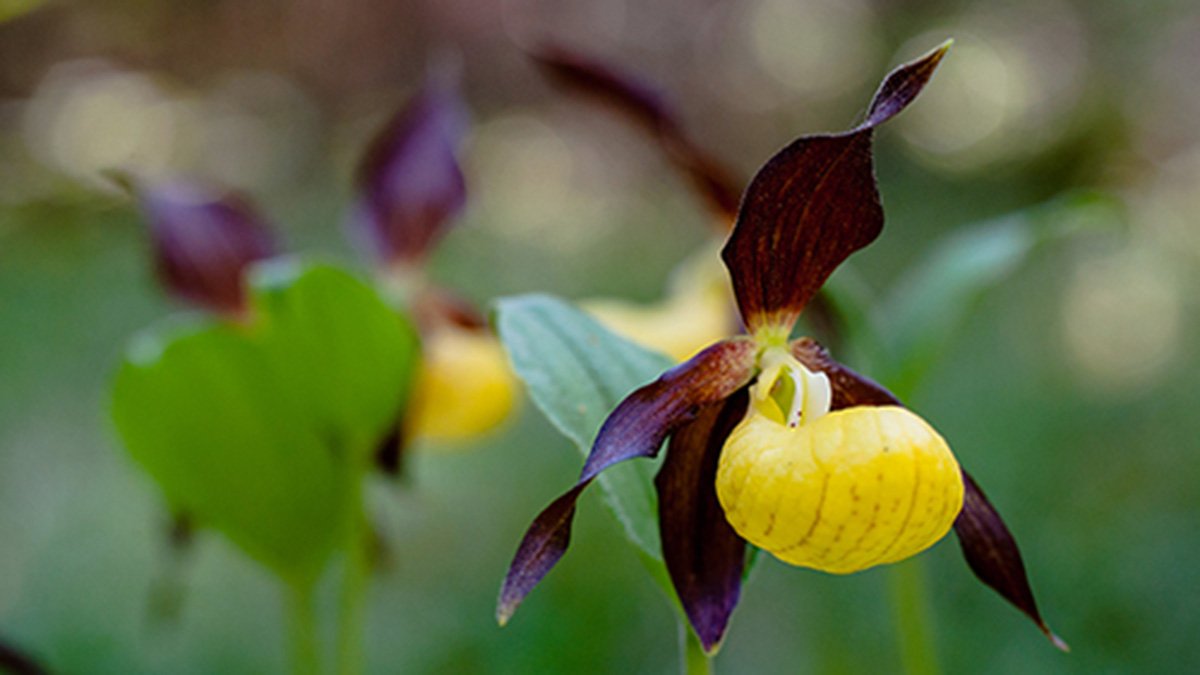 It has not gone well for all forest-dwelling species. The cuckoo orchid has also become less widespread over time. Photo: Alistair Auffret

An important finding was that the combination of grassland loss and climate warming meant a double whammy for some species, and extra benefit for others.

For example, the range of grassland specialists declined most in warmer areas. When the researchers investigated how all species within 5 x 5 kilometer “landscape squares” were affected by the environmental changes that had taken place, this interaction became even clearer.

The risk of local extinctions was lower where more grasslands were preserved, but that effect disappeared in the warmer areas. On the other hand, most new species were able to establish themselves in areas where both overgrowth and warming had been great.

– It is clear that there are both winners and losers in nature, and it is important to take care of the losers. At the same time as the global fossil emissions need to be significantly reduced, we in Sweden need to maintain and restore our valuable habitats, says Alistair Auffret.

60 years of changes – winners and losers in Swedish nature

Mayflies, cuckoo’s shoes and butter balls have become fewer, while plants that like heat have managed to spread. This is shown by a study that looked at how over a thousand plant species managed… 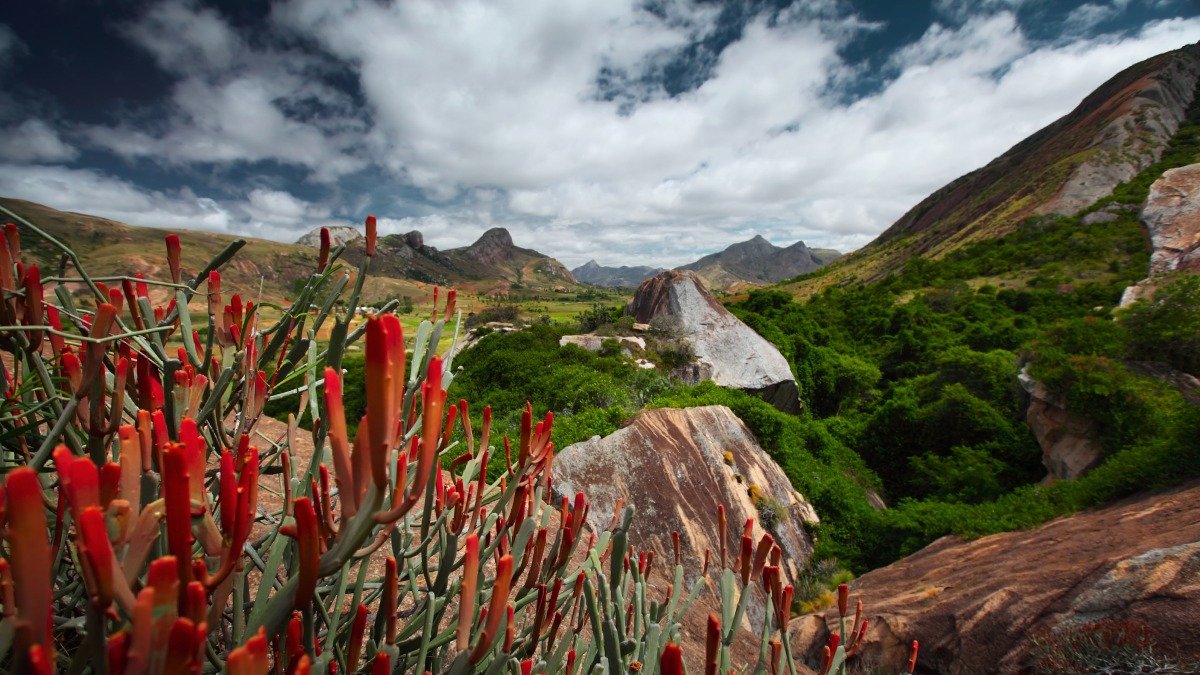 Madagascar has an enormous biodiversity with many completely unique species. But the rich life on the island is threatened and help is needed, according to… 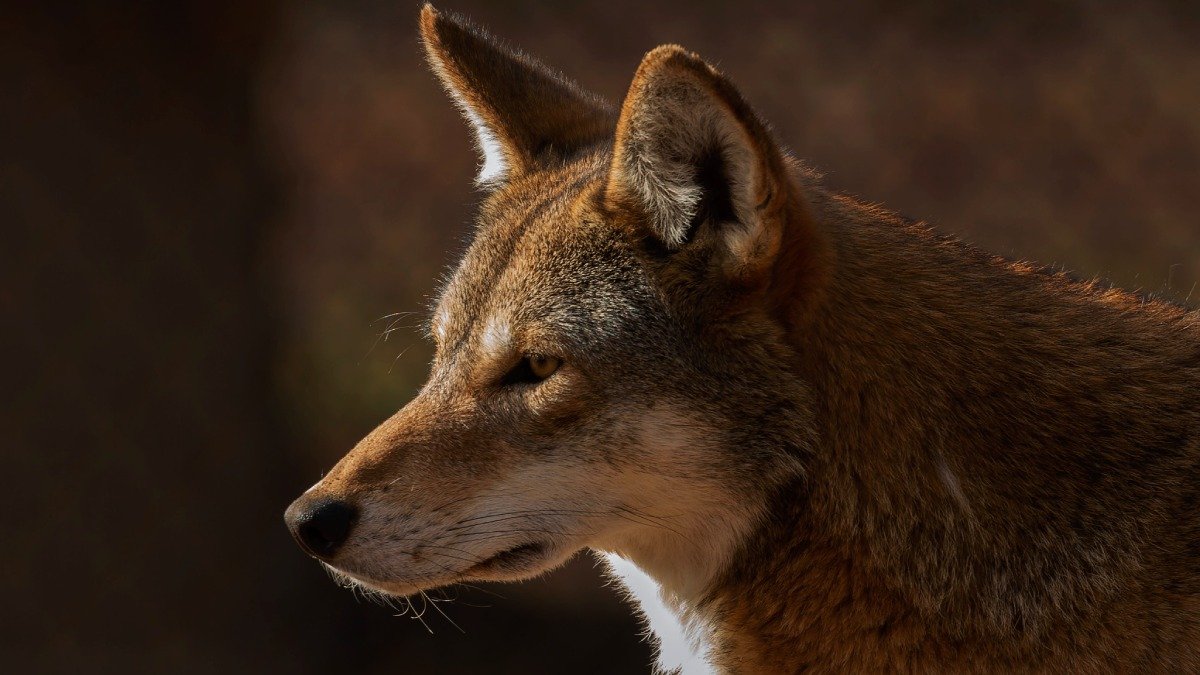 World leaders are meeting again, this time to deal with another acute crisis, namely the loss of perhaps a million species in the coming years. But the question gets very… 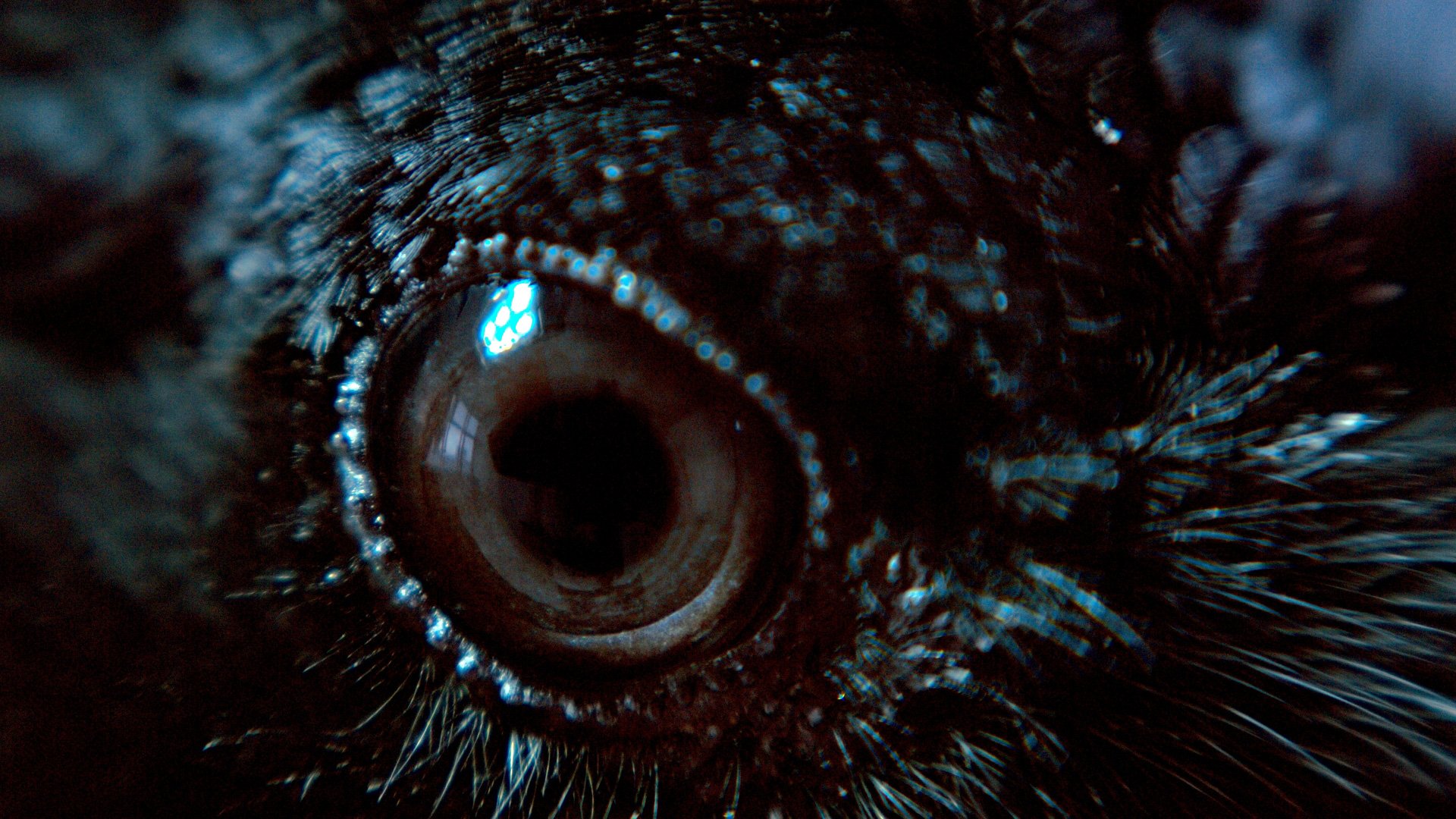 Man survives extinction – in an ugly and boring world

One million species are threatened. But humans survive even if the sixth mass extinction becomes a fact, say researchers. Like cockroaches, crows and rats… 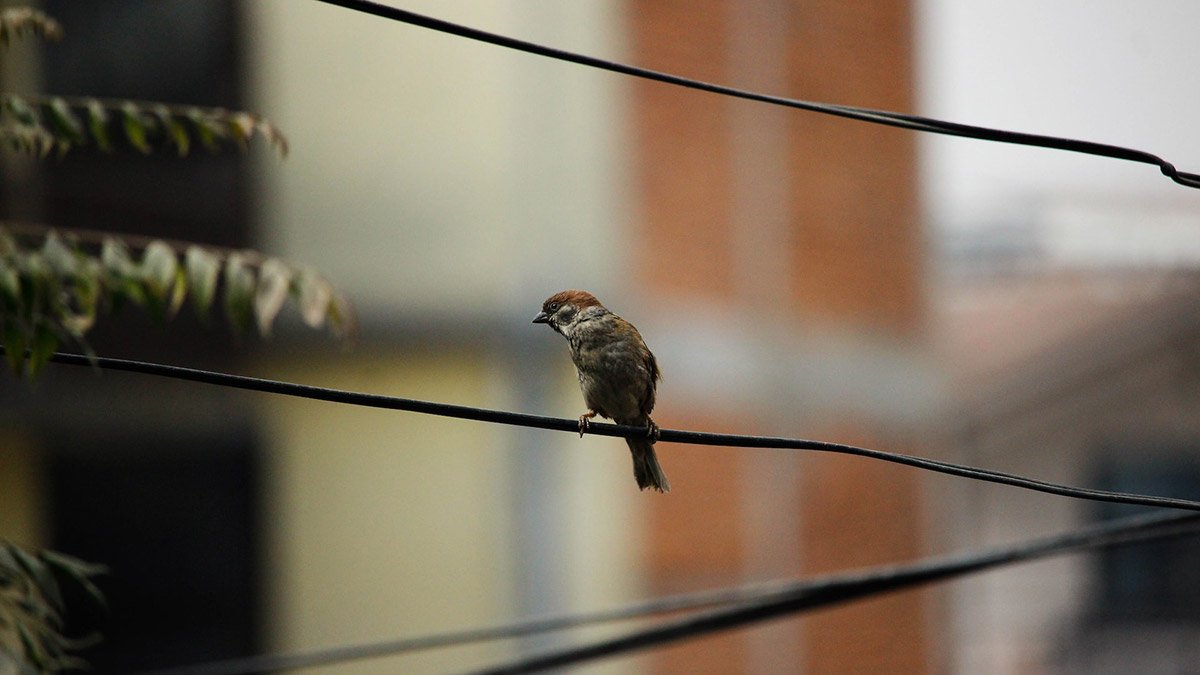 Fewer birds in urban forests regardless of forest quality

It is not possible to surround nature with urban development and believe that it should remain as it is. In an urban forest there are significantly fewer bird species than in the corresponding forest on… 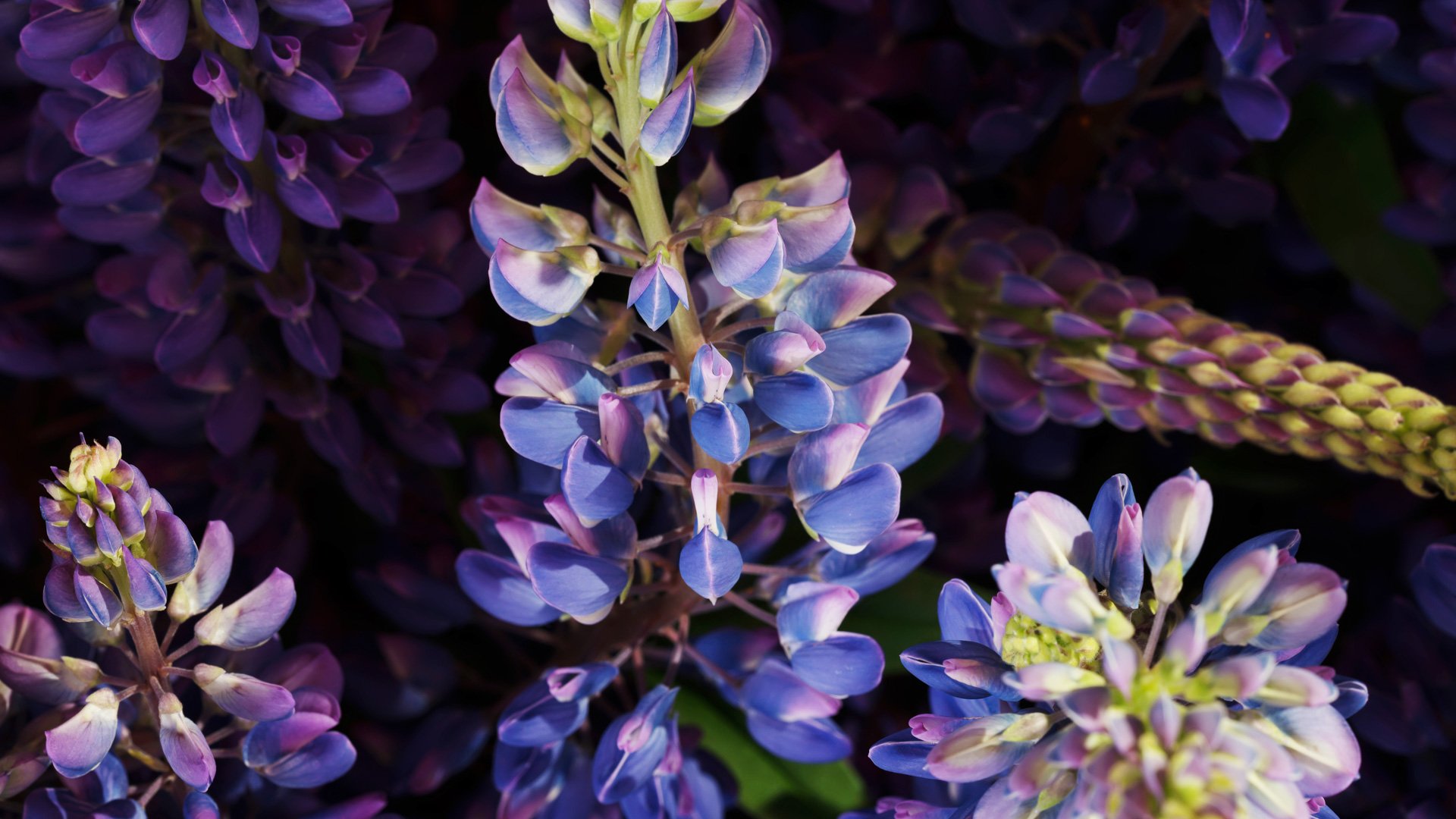 Lupins, gooseberries and yummy giant oysters – we’ll go all out on them

Lupine and giant locust flood the road cleaners, park slides pour in from the neighbour’s plot, we step badly on sharp giant oysters. More and more alien invasive species are invading and… 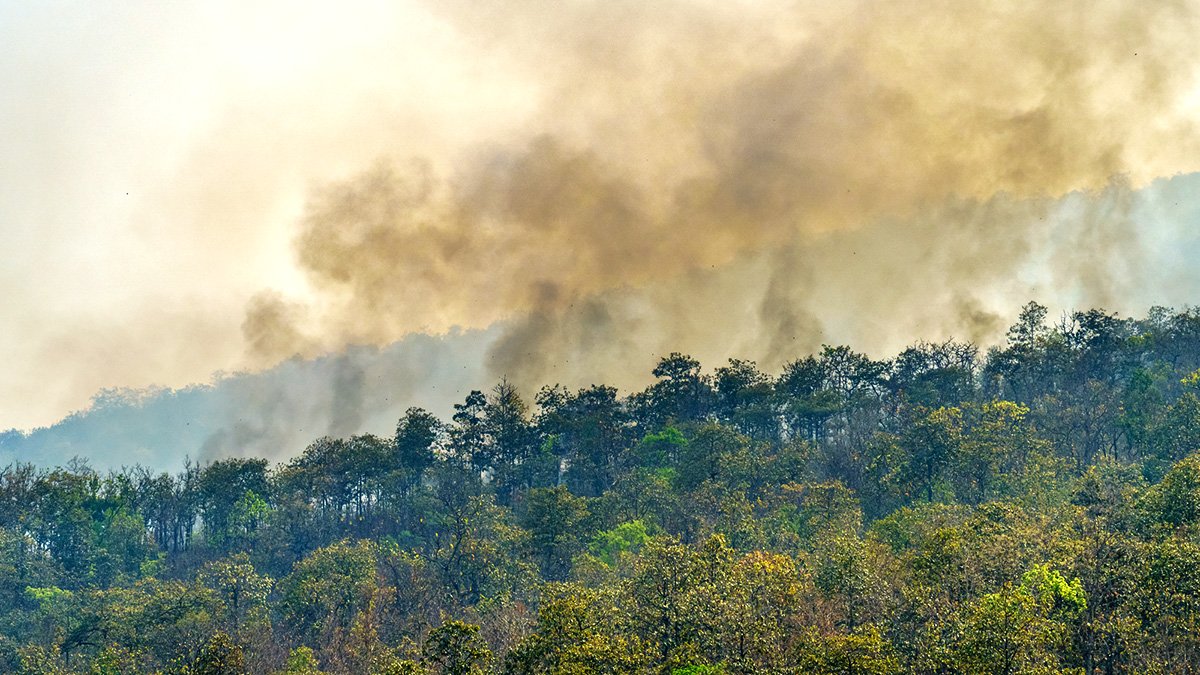 Financial giants can drive the planet to the brink of ruin

Our planet has become increasingly vulnerable as a result of the expansion of agriculture and other human activities. And financial actors with operations in vulnerable areas such as… 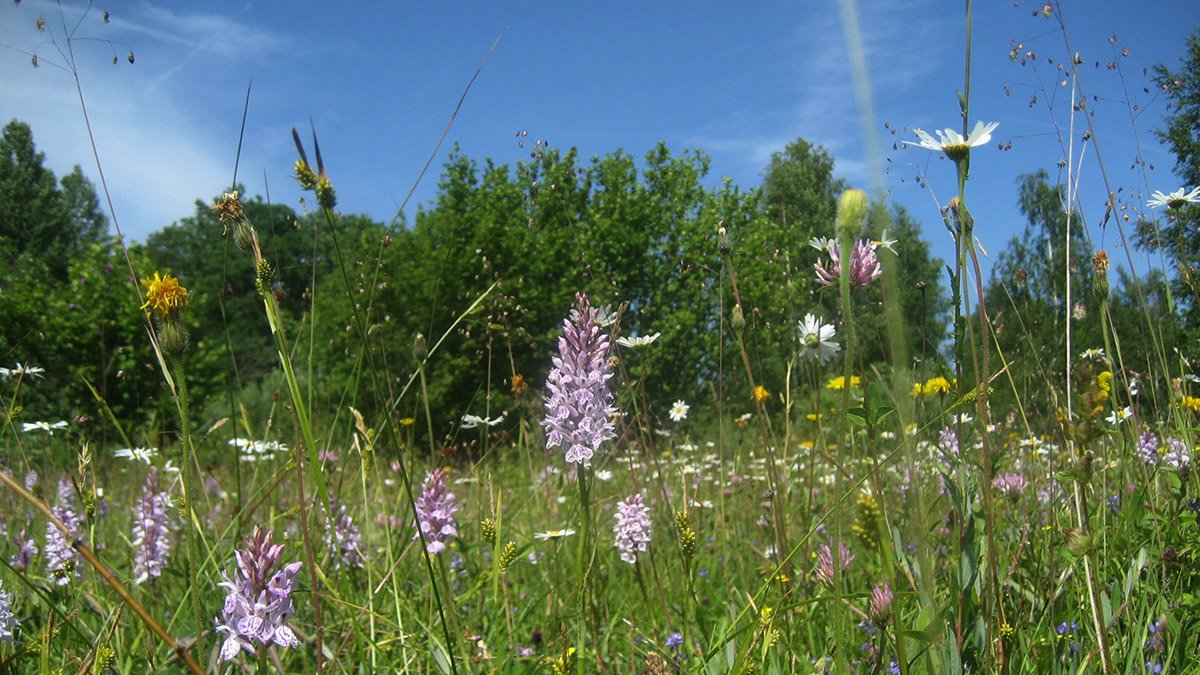 Flowers that benefit both bees and biodiversity

More and more people want to help bees and other pollinators when they grow flowers. But which flowers do the most good? According to pollination researchers, it is due to…

At a full moon, the blue rod’s love life picks up speed. Scientists are now urging the public to take a nighttime beach walk this summer and inspect the seaweed’s… 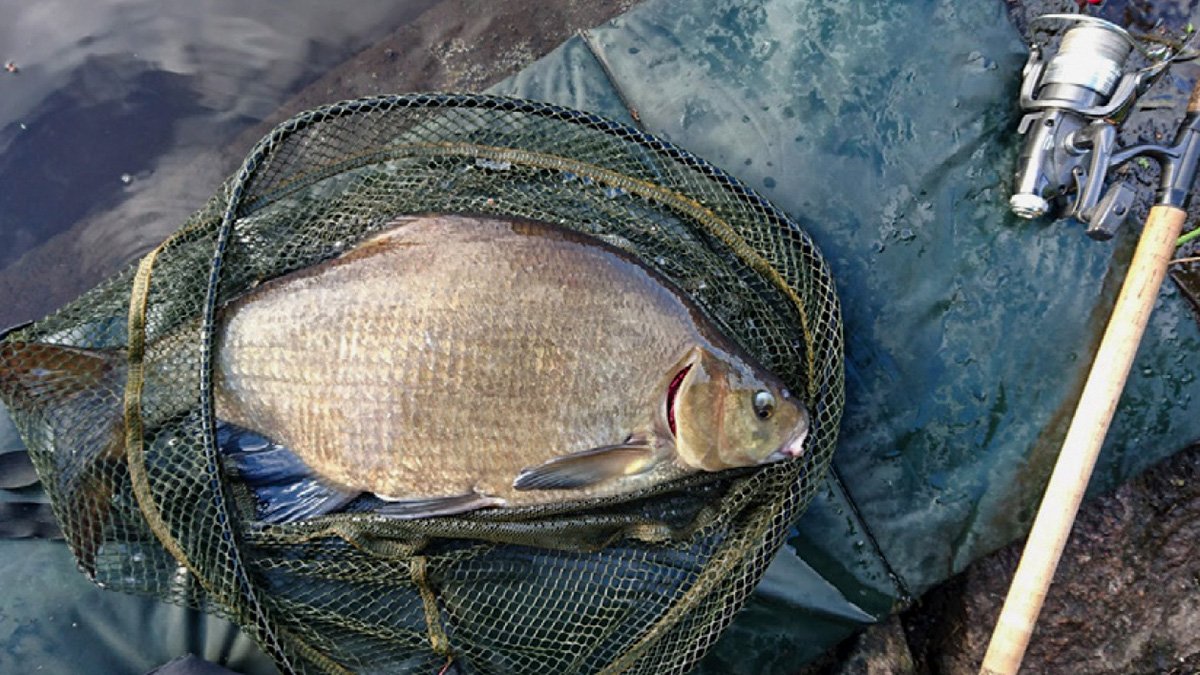 Revenge for the bream – should go from bycatch to delicacy

How about bream tacos for the Friday night? A new project wants to raise the reputation of the carp fish and allow it to enter our dinner tables again. At the same time, environmental problems such as the fish… 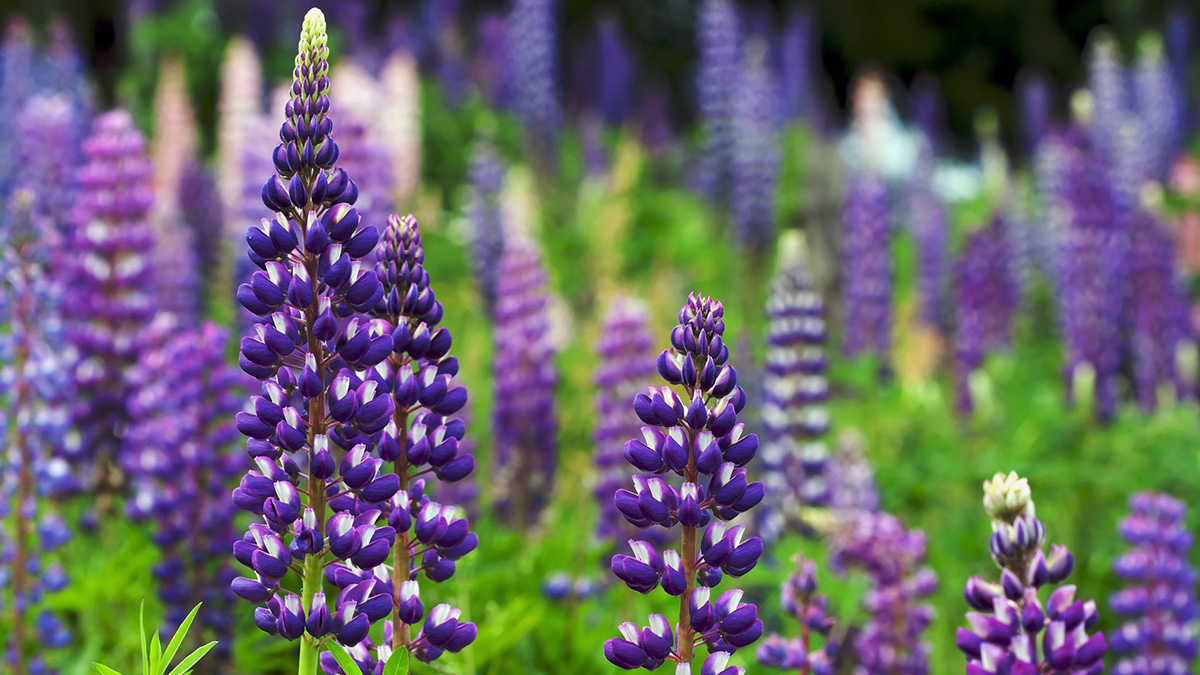 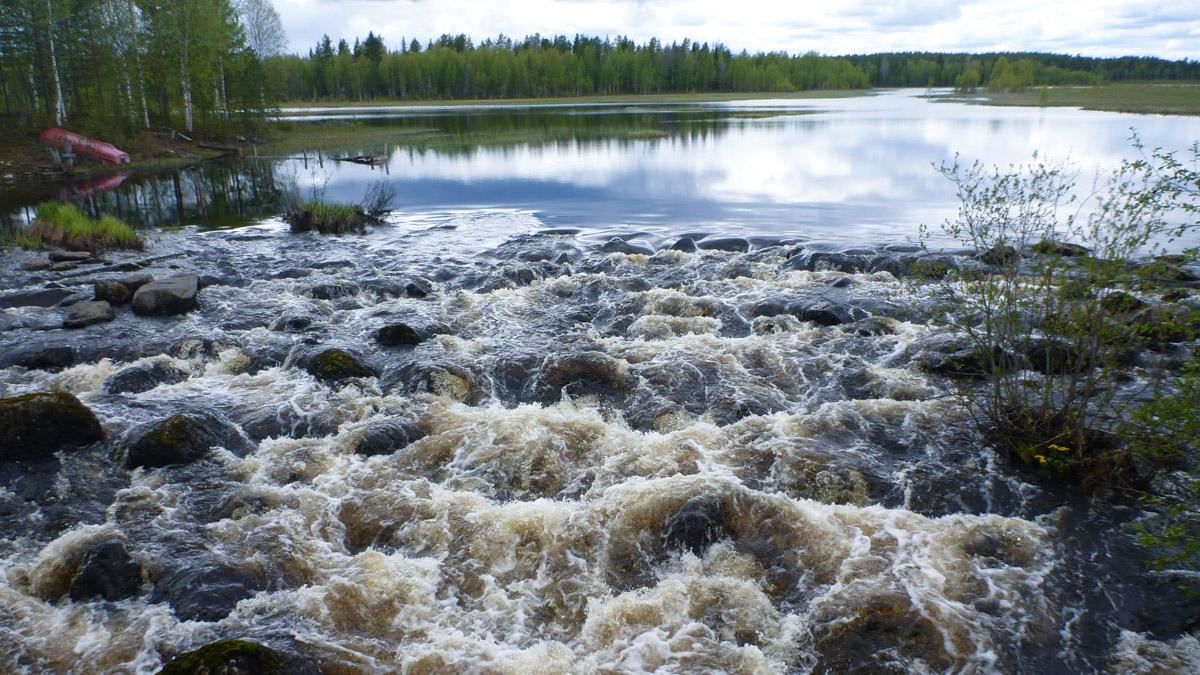 Better environment in the river without loss in power production

It is possible to implement measures in regulated rivers that produce more environmentally friendly flows, with only small losses in hydropower production. Through ecological regulation of the flow…