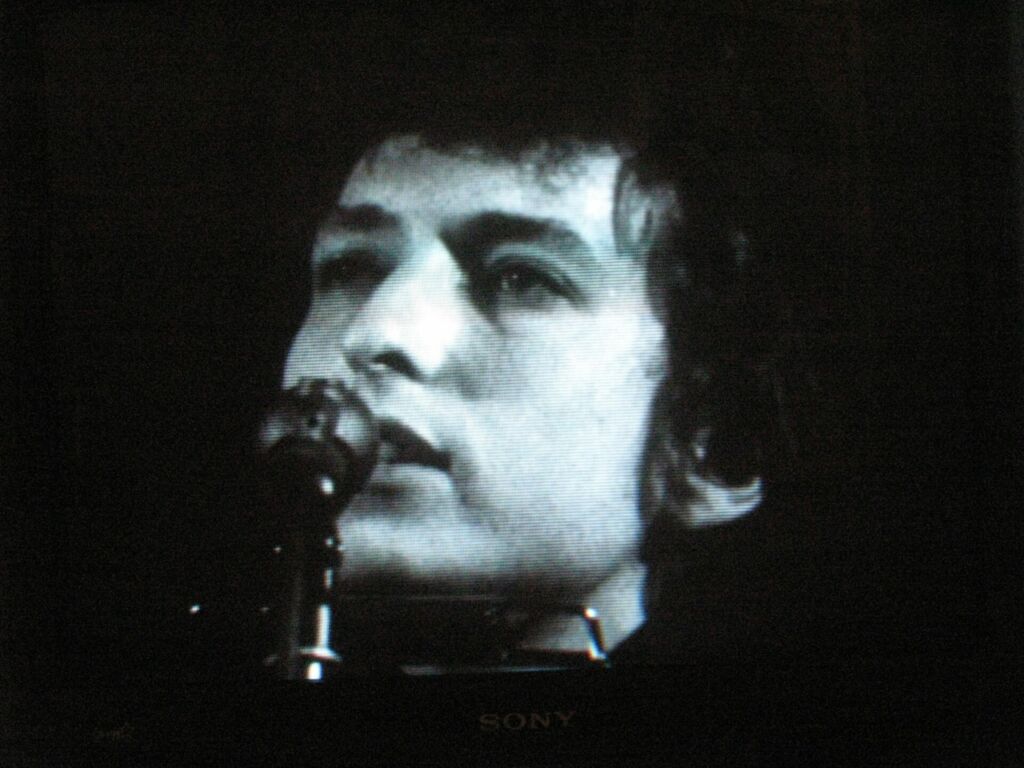 60 years after the release of his first album, Bob Dylan honored

In 1962, Bob Dylan, winner of the Nobel Prize for Literature in 2016, released his very first album on Columbia Records. As the new museum dedicated to him prepares to open its doors in Tulsa, Oklahoma, a plethora of artists have paid tribute to one of his most famous music videos, Subterranean Homesick Blues.

Bob Dylan, first album by the eponymous artist, was released on the Columbia Records label in March 1962. To properly mark the sixty-year career of one of the most influential American artists of his generation, a slew of artists have participated in a remake of Subterranean Homesick Blues (1965), a famous clip consisting of a single shot shot to Don’t Look Back (1967), DA Pennebaker’s seminal documentary on Bob Dylan’s English tour, in which the folksinger lays out and nonchalantly throws to the ground a series of placards displaying some excerpts of the lyrics of Subterranean Homesick Blues, track committed and from his fifth studio album, Bringing It All Back Home (1965). A famous clip in more than one way since in addition to the appearance of the writer Allen Ginsberg in the background, the one foreshadows the advent of the promotional clip and also marks a musical turning point in the career of Bob Dylan .

The clip, which would have been influenced in particular by certain writings of Jack Kerouac, will inspire many artists such as the groups Weatherman, Firehose, Radiohead or the Red Hot Chili Peppers, who signed a cover of the song on their third album. Today, therefore, there is a fine line-up of artists who pay homage to Subterranean Homesick Blues, Dylan’s first title to top the US Top 40, signing their own versions of the signs shown in the original clip. The site launched on this occasion thus makes it possible to discover who is hiding behind these new visuals, like Patti Smith, Bruce Springsteen, Bobby Gillespie, Eric Haze, the filmmakers Wim Wenders and Jim Jarmusch, or even, more unexpectedly, the designer Zep or Francis Cabrel who offers a surprise appearance in the clip.

The release of this tribute also coincides with the opening on May 10 of the Bob Dylan Center in Tulsa, Oklahoma. Many personalities, such as Patti Smith, Mavis Staples or Elvis Costello, are thus expected for the inauguration of this museum entirely dedicated to the legendary Bob Dylan who, true to himself, will probably be absent from the festivities. The center of almost 3000m2 will host exhibitions, performances and screenings around the immense work of Bob Dylan. Rich archives of more than 100,000 documents will also be accessible to researchers. At nearly 81 years old, the most famous of American songwriters is definitely not to be outdone and must continue (until 2024!) his tour of Rough and Rowdy Ways (2020), his latest album.

See also  VIDEO. Toulouse: an unpublished painting, from the property of a former President of the Republic, at auction