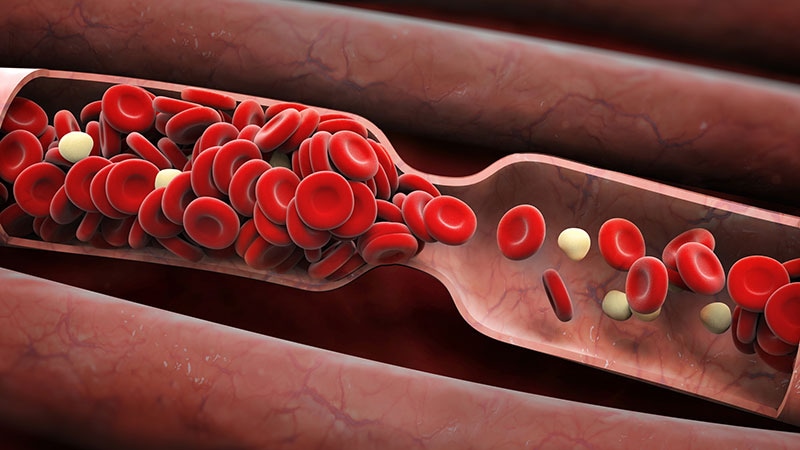 50% increased risk of VTE within 5 years after diagnosis

Stockholm, Sweden – The close relationship between cancer and venous thromboembolism (VTE) continues to be explored. And we understand the importance of this type of research when we know that VTE is the second leading cause of death behind the cancer itself in cancer patients. Very recent work has just shown that in the five years following the diagnosis of cancer, men with prostate cancer have a 50% greater risk of being affected by a VTE than those who do not have prostate cancer. Prostate cancer. Published in the newspaper BMJ Open [1]lhe results of this study based on a Swedish national cohort should encourage doctors to take this excess risk into account in their patients with prostate cancer so that VTE can be identified and treated as quickly as possible.

The power of a national cohort

The researcher Yanina Balabanova (Bayer company, Berlin) and his colleagues used a Swedish national database. They included in their cohort 92,105 men who had been diagnosed with prostate cancer between January 2007 and December 2016. These participants were matched (5:1) with 466,241 men according to their age and place of residence. Thanks to the national cohort, the results are valid for the entire Swedish population, say the authors.

A 50% increased risk in patients with prostate cancer

After taking into account in their analysis factors that affect the risk of VTE, such as cardiovascular disease and certain socioeconomic factors, the authors concluded that having prostate cancer increases by 50% the risk of being affected by a VTE event. The six months after the diagnosis of cancer represent the period of greatest risk. On the other hand, “the stage of the prostate cancer was unknown at the time of the diagnosis of VTE and we did not have sufficient information to analyze the impact of the various treatments”, write the authors who admit that this is a limitation of the study. Weight, tobacco and alcohol status were also missing data.

The authors concluded that having prostate cancer increases the risk of being affected by a VTE event by 50%.

“In our study, the increased risk of VTE in men with prostate cancer is less than that observed in previous studies of patients with other cancers” also indicate the authors. For them, “this could be explained by a significant proportion of patients with a localized form of the disease with a low risk of cancer progression”. In addition, some men in the comparison cohort may have developed another cancer during follow-up, which suddenly increased the risk of developing VTE in the control group and therefore reduced the relative risk between the two groups.

That said, even though the risk of VTE is lower than in other studies, it is still much higher in patients with prostate cancer, which doctors “should keep in mind” according to the researchers. Because “in addition to being a major cause of death in cancer patients, TVE negatively affects quality of life, generates fear of a recurrence and can lead to the interruption of anti-cancer treatments”.