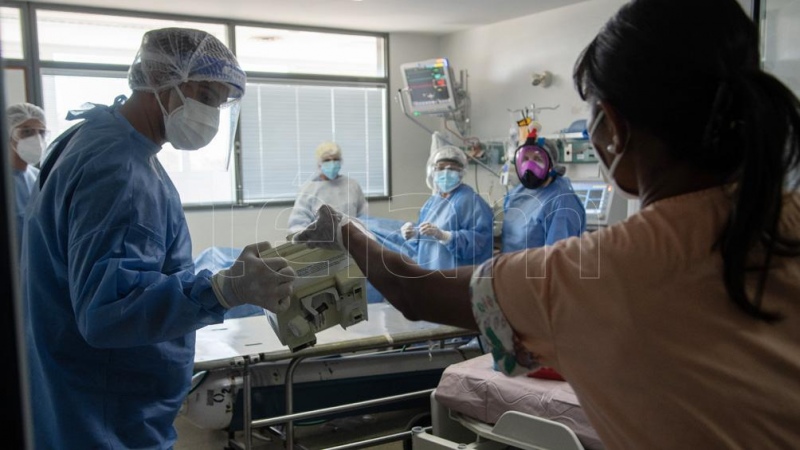 There are 7,731 hospitalized with coronavirus in intensive care units

Another 456 people died and 23,627 were reported with coronavirus in the last 24 hours, while the Government is betting that in the next few days the incipient downward trend in cases will continue, as a result of the restrictions established in the last national decree and faces a new week of meetings to assess the sanitary and epidemiological situation.

According to official figures, the total number of deaths since the beginning of the pandemic rose to 80,867, while those infected reached 3,939,024, of which 3,497,500 have already been discharged and 360,657 are active confirmed cases.

The Ministry of Health indicated that there were 7,731 patients admitted to intensive care units, with a percentage of occupancy of adult beds of 78.4% in the country and 75.3% in the Buenos Aires Metropolitan area.

The figures of the day 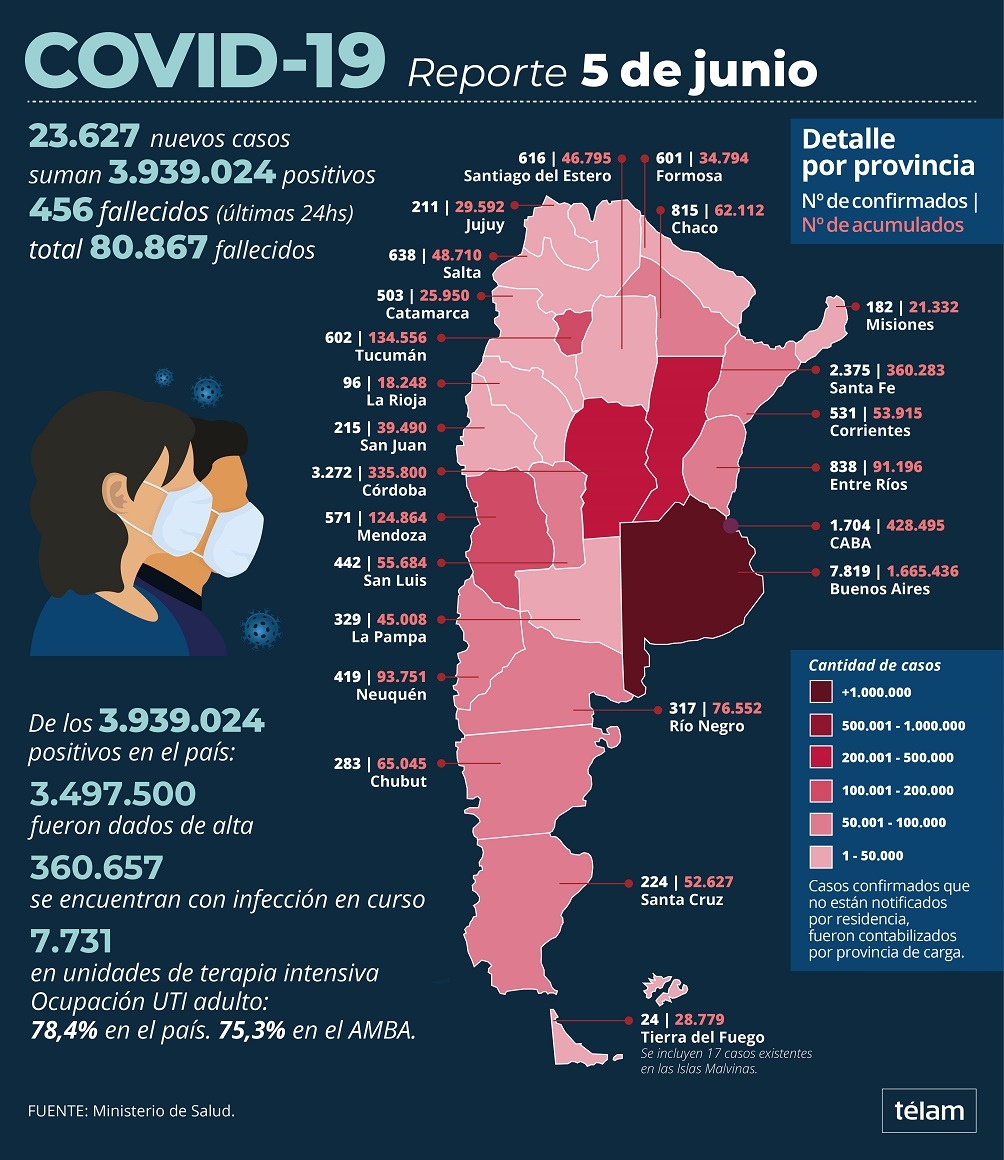 Sanitary measures and discharge of cases

See also  Netflix: the series "Ginny and Georgia" will have the right to a season 2?

In this context, the national government is betting that in the coming days it will continue the downward trend in cases, product of the restrictions established in the last DNU, and faces a new week of meetings to evaluate the sanitary and epidemiological situation and define how the care measures continue in the face of the expiration of the norm next Friday the 11th.

This Saturday and Sunday there is strict isolation in large urban centers and regions of the country in a situation of “alarm” or “high risk” epidemiological and health, according to the latest decree of necessity and urgency (DNU) issued by the Government to reduce circulation and mitigate the advance of the second wave.

After a week in which Argentina reached 80 thousand deaths and the cases slowly began to show a decrease, the government of Alberto Fernndez faces a new week in which it must renew the conversations and analysis with the experts and those responsible for the 24 jurisdictions from the country to analyze how to continue after June 11, already facing the beginning of winter and lower temperatures.

Meanwhile, the arrival of new shipments of AstraZeneca and Sputnik vaccines, with which Argentina surpassed 18 million doses this week, accelerating the pace of the vaccination plan throughout the country, to which was added the novelty of imminent start of local production of Russian vaccine.

This week 2,148,600 doses of the AstraZeneca vaccine, jointly produced with Mexico, arrived in the country, while Aerolneas Argentinas – in its eighteenth service from Moscow – brought 815,150 doses of Sputnik V, the largest shipment that the flag company brought from Mexico. Russian Federation in a single flight.

See also  Sobyanin spoke about 99% of citizens who do not get sick after vaccination against COVID :: Society :: RBC

For the next few hours, according to the Government, the arrival of a new flight from Moscow is expected to bring 100,000 doses of component 1 and 400,000 doses of the expected component 2, to complete the immunizations already started.

The novelty of this flight will be that it will also bring a shipment of the active principle of the Russian vaccine to immediately begin production in Argentina, which will be in charge of the Richmond Laboratory, with the aim of developing some 500,000 doses per week, as announced. this week.

The arrival of 900,000 more doses of AstraZeneca, from the joint production of Argentina with Mexico, is also confirmed for Monday the 7th, at 8:50 am.

At the international level, Argentina is within 25% of the countries with the highest proportion of the population vaccinated against the coronavirus in the world and is the fifth in Latin America, according to a count carried out by the University of Oxford based on official figures for each nation – except China – and led by Israel, Canada and the United Kingdom.

In the case of Israel, which totals almost 9 million inhabitants and paid a price much higher than the market price for its vaccines, almost 63% of the population is immunized with at least one application. In addition, to date, 59.32% of Israelis received both doses, according to the Our World in Data database.

The Israeli Ministry of Health anticipated on Wednesday that starting next week the vaccination of children and adolescents between 12 and 15 years old will begin, at risk of suffering serious symptoms if they contract the disease or who live with people in the same situation, according to The Times of Israel.

The situation of Canad and its 38 million inhabitants is a bit different.

Although more than half of the population is immunized with at least one dose, the highest proportion (52.58%) corresponds only to the first application, while 5.73% are fully vaccinated.

This week, in an attempt to reverse this delay, it authorized combining doses of different anti-Covid-19 vaccines.

The United Kingdom of Great Britain, a nation of 66.5 million inhabitants, producer of vaccines against coronavirus and the first in the West to start its campaign in early December 2020, immunized almost 60% of the population: 38% received both doses while about 21% have only one.