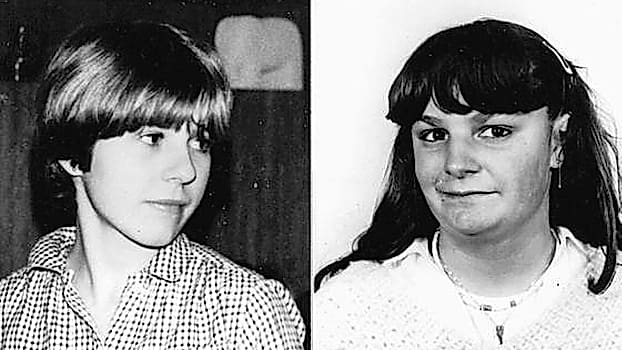 It was a day like today. Crickets chirp in the high grass of the meadows. Old trees cast long shadows. As on that fateful Saturday afternoon, the signs at the intersection point in several directions. One of the paths leads through the forest to the famous Crystal Cave.

Here, in the idyllic rural setting of the St. Gallen Rhine Valley, one of the most mysterious crimes in Swiss criminal history took place on July 31, 1982. The double murder of the young women Brigitte Meier (†17) and Karin Gattiker (†15) from Goldach was never solved.

Their sad story begins on July 29, 1982. The teenagers set off by bike from their hometown of Goldach SG on a three-day tour to the Appenzellerland. They have lunch at Karin’s grandmother’s in Herisau AR. A strange man photographed them with their camera, the girls reported innocently at the time. The photo will be her last.

Were the women from Goldach lost?

After two nights in the youth hostel in Schwende AI, the young women set out on their way home on July 31st. It’s just before 12 noon. It’s another 30 kilometers to Goldach. Brigitte Meier and Karin Gattiker stop in the middle of the road junction in Kobelwies SG. A family from the hamlet of Oberriet SG drives by in the car. She watches the girls look at a map. You seem to have lost your way. That was the last time the teenage girls were seen alive.

At around 9:30 p.m., the family passes the intersection again. This time the witnesses notice the abandoned bicycles on the side of the road. The belongings of the eastern Swiss women are still on the luggage rack, including the camera. Brigitte Meier and Karin Gattiker are reported missing that same evening. 150 police officers and firefighters, as well as volunteers comb the forest around the crystal cave. An army helicopter circles over the wooded area. Police divers are looking for the missing persons in the nearby nature reserve “Wichenstein”. Sniffer dogs are also used. The efforts remain fruitless.

Too many suspects, too many unanswered questions

It was only nine weeks later, on October 2, 1982, that a hiker from Herisau noticed a pungent odor and discovered Brigitte Meier’s badly decomposed corpse under a stone slab. The next day the mortal remains of Karin Gattiker are also found in a semi-cave. The girls were believed to have been killed with a blunt object. Whether there was sexual abuse can no longer be clarified.

The intersection becomes a symbol of the police work that follows. The detective is investigating in many directions. She never gets to her destination. Too many seem suspicious, too many questions need to be answered. Does the perpetrator come from the village? Did he have accomplices? Was the act planned? Or was she accidental?

Unforgotten Crime: This is what Crystal Cave visitors say about the case(01:44)

The investigators targeted three cave wardens, including an architect from Kobelwies, whose silver-grey Mercedes 230 and horse trailer were seen at the site where the bicycles were found. The witness reports of a man and a woman handling two women’s bikes. The architect was taken into custody and released again for lack of evidence. A chauffeur, a convicted sex offender, is also temporarily on suspicion of murder. A detective is suspended. He had passed on confidential details.

A year after the double murder, the ZDF program “Aktenzeichen XY – unsolved” is looking for clues from the population. But nothing leads to the perpetrator. The investigations were dropped in the early 1990s. 2012 the crystal cave murder is statute-barred. All evidence will be destroyed. The case will not be forgotten.

See also  Kreuzlingen/Konstanz: A quarter of a million expensive old cars were almost smuggled into Germany

In the early 2000s, Thomas Benz (47) from St. Gallen founded the “Crystal Cave Murder Interest Group”. The undertaker goes in search of clues. He interviews witnesses and consults a clairvoyant and author, Peter Beutler. In 2014 his novel “Crystal Cave” was published. As early as 2000, the St. Gallen journalist Arthur Honegger was inspired by the murder of the crystal cave and wrote the fictional novel «Zwillinge».

Blick journalist writes a book about the double murder

In 2016, the then Blick journalist Walter Hauser began researching the case. His work “Hoffen auf Clarification” will be published in 2018. At the same time, the prominent German criminalist Axel Petermann is also looking for clues in the St. Gallen Rhine Valley.

He devotes a chapter to his analysis of the double murder in the book “On behalf of the dead”. The expert estimates the perpetrator to be between 25 and 35 years old. He was neither a pedophile nor a sadist, and probably lived alone at the time. He killed the girls in passion. Petermann realized that they were in the wrong place at the wrong time. Most amateur investigators agree on one thing: the man has local knowledge, may be from the village, and may still live at the horror site.