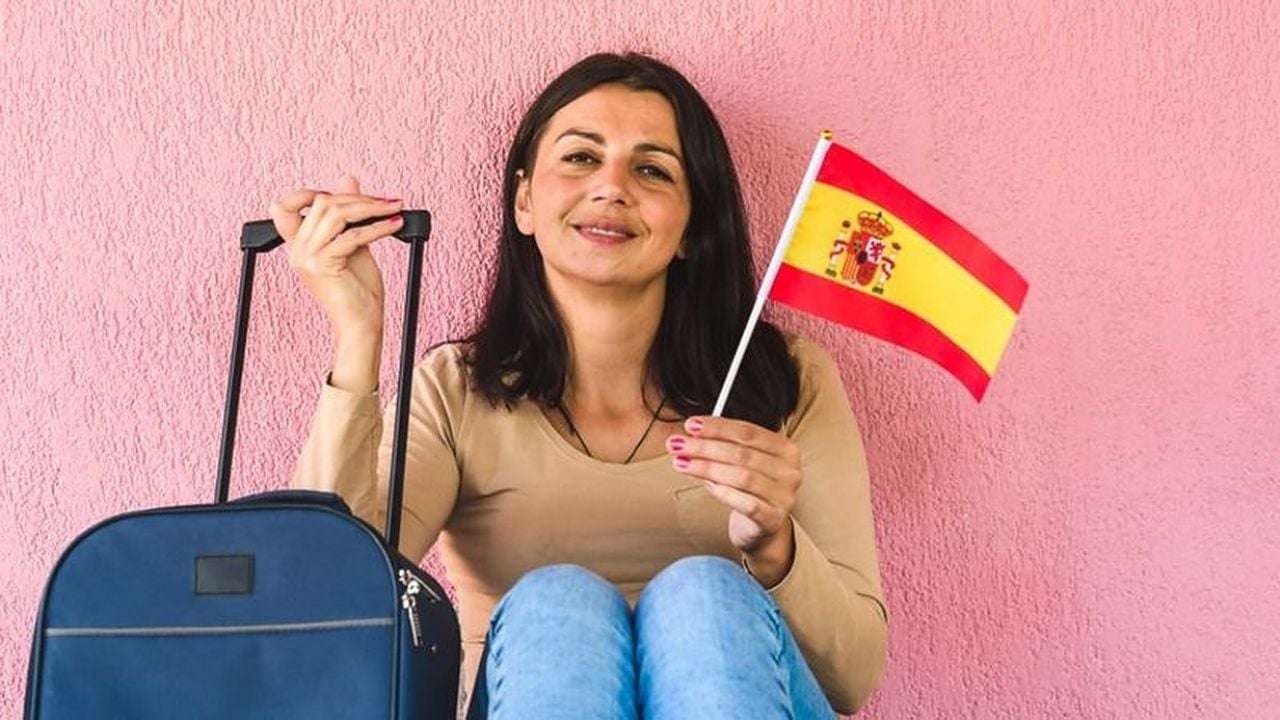 Being able to work in Spain on a regular basis is going to be a little easier from now on.

About 5.5 million foreigners, more than a third of them from Latin American countries, live in Spain, according to official data. The real number, however, is more difficult to calculate.

The reform of the Immigration Law that the Spanish government has just approved and that will be released in mid-August resolves some of these dysfunctions, so it will not only make it easier for employers to hire more foreigners directly in their places of origin , but rather seeks new formulas so that those who already live in Spain can regularize their situation.

One of the main beneficiaries of the reform will be foreign students enrolled in Spanish centers. Until now, those who had a student visa to study, for example, a degree at a Spanish university, could not work to pay for their studies. The new regulations allow them legally work up to 30 hours a week.

In addition, once they have finished their studies, they will be able to stay one more year without having to request an extension of their stay in Spain.

Almost one in four foreign undergraduate students in Spain come from Latin American and Caribbean countries, a proportion that rises to nearly 64% of master’s students and almost 53% of doctoral students.

“Before the reform, whoever had a study permit, if he worked he did it irregularly and this did not make any sense“, explains Gemma Pinyol-Jiménez, director of migration policies at Instrategies, a consultancy specializing in mobility, migration and diversity management issues.

The amendments to the law allow the stay authorization, with some specific criteria, to be converted into a work authorization. And this, the expert believes, is not only positive for these people individually, “but also for the country, because it is a way of guaranteeing that those who have studied and completed third-grade training -because this is designed for the highly qualified-, can access the Spanish labor market”.

Spain wants that talent that has been trained in its universities to be able to stay, in addition to making its higher education centers more attractive and facilitating its internationalization.

From now on, people who have stayed in Spain for a minimum period of two years will be able to obtain a 12-month residence permit if they commit to carrying out regulated training for employment, a figure for which the Spanish government has been inspired by an existing model in Germany known as “duldung”.

“The idea is that people who are in an irregular situation can access the labor market by first undergoing training. Of course, in sectors in which it is determined that there is a need for labor,” explains Pinyol-Jiménez.

Rooting by training adds to the two ways by which, until now, foreigners who were already in Spain could regularize their situation.

One is the social roots, for which you must prove three years of residence and, in addition, that you have a job offer. This contract will no longer have a minimum duration of one year, as was requested until now, but it must comply with the minimum interprofessional salary.

See also  Android | What is it, what is "Nearby" for and what is the usefulness of the function of your Android cell phone | Walkthrough | Smartphones | DATA

The other is the labor rootsin which it is necessary to demonstrate that there has been an employment relationship, even if the person had worked without a contract and was paid, therefore, in black.

“Many people arrive in a regular situation and then let their visa expire out of panic to try to enter the labor market. What the reform is trying to do is reduce this space in which people end up working irregularly, which in the end is a disaster for themselves, for the economy and for everyone”, interprets the consultant.

Hiring in the workers’ own countries of origin will also be made more flexible.

On the one hand, hiring for seasonal workers is improved. From now on, these workers who go to Spain to participate, for example, in agricultural campaigns, will be able to access a 4 year license in which they can work up to 9 months per year, with the obligation to return to their countries after each period.

If these conditions are met, as a “prize”, these workers may apply for a residence and work permit for two years, renewable.

But in addition, the reform wants to improve what is known as Catalog of Occupations with Difficult Coveragethat is, the list of professions for which employers have difficulty finding staff and which allow them to hire professionals at source.

“This is such an unrealistic system that, for years, the list has told you that what is needed in Spain are soccer coaches,” jokes Gemma Pinyol-Jiménez. In addition to coaches, according to the list in Spain, only merchant ship personnel, coaches and professional athletes.

The reform is going to take a more realistic picture of the labor market, which will be updated every three months.

One of the great novelties of the reform, and one that will mean a great improvement for the life of many foreign families in Spain, is the one that concerns family reunification.

“The system is so crazy that it condemned people to a bad life when they could work,” a dysfunction, Pinyol-Jiménez denounces, related to the Catalog of Occupations with Difficult Coverage. “An attempt was made to maintain and respect the reality of the Spanish labor market, but it was done with an instrument that made an unrealistic X-ray of reality.”

Family reunification requirements are also made more flexible when they affect minors, people with disabilities or in a situation of vulnerability.

In addition to these four points, the amendments to the Immigration Law also rationalize the requirements demanded of self-employed from third countries, and creates a Unit for the Processing of Immigration Files, a kind of “window only“to speed up and facilitate the procedures.

“The border obsession,” says the expert, “has eaten up all the public debate on migration issues. This is the first time in years that we are talking about reforms that have nothing to do with borders.”