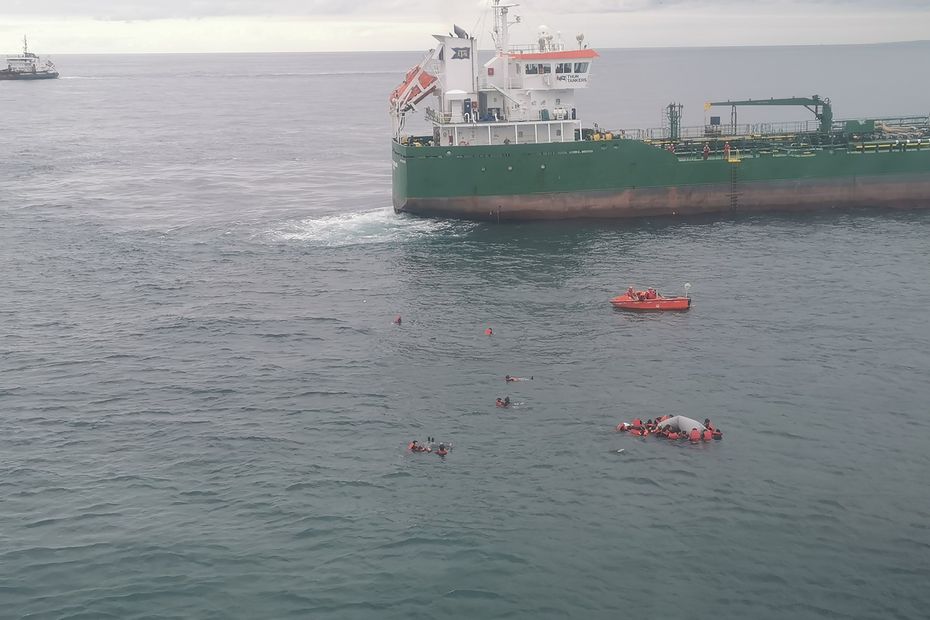 39 migrants rescued after their boat sank in the Strait of Pas-de-Calais, including 6 by helicopter

A helicopter and three boats were called to the rescue of around 40 people in the water between France and England.

39 people were rescued on Saturday afternoon 23 October while in the water after the sinking of their modest boat on which they were counting to reach England. The information was transmitted by the maritime prefecture of the Channel and the North Sea.

Gathered around their canoe overturned in the cold water of the Strait of Pas-de-Calais, the castaways waited for French help. And who arrived in force. After being informed of their situation, the Gris-Nez operational surveillance and rescue center (CROSS) broadcasts an alert message so that the boats closest to the castaways can come to their aid.

But the CROSS also engages a helicopter and three boats. The flying machine will be the first to arrive on the scene: out of the 39 people in the water, it hoists 6 on board, which it transports to the Boulogne-sur-Mer hospital. According to our colleagues from the Voix du Nord, among those transported by the helicopter, two brothers of one and three years old were present. The others will be helped by the fishing vessel Gone From Nothing.

For five years and the dismantling of the jungle, the situation of migrants has worsened

This news resonates with that of five years ago, almost to the day. On this date, the Calais jungle was dismantled by the French state. This informal slum in which migrants lived wishing to cross into England had been destroyed by the police. Five years later, the exiles are still there but in an even more critical situation and the attempts to leave for England by sea have never been so numerous. According to Claire Millot of the Salam association, interviewed by Franceinfo: “The Calais jungle was not really a jungle, but more of a slum. There were shelters made out of pallets and pieces of wood. People could stand, they could cobble together heating systems and were collecting old furniture. Right now it’s not even a slum, it’s really a jungle and not even complete. People don’t even sleep with a tent, not even with a tarp. “

This situation results from a choice of the French authorities who do not want the place of the jungle to become again a place of fixation: “The state authorities have decided not to leave the migrants there. And every day the gendarmes come with a cleaning team, collect the survival equipment and take people out. It is infinite. worse compared to the jungle dismantled in 2016. It’s terrible. “

To protest against the fate of migrants settled on the Pas-de-Calais coast, three Calais residents began a hunger strike ten days ago.

See also  Organization of housing protest stunned about drone images of police violence: 'This proves nothing'

Continue reading on these topics