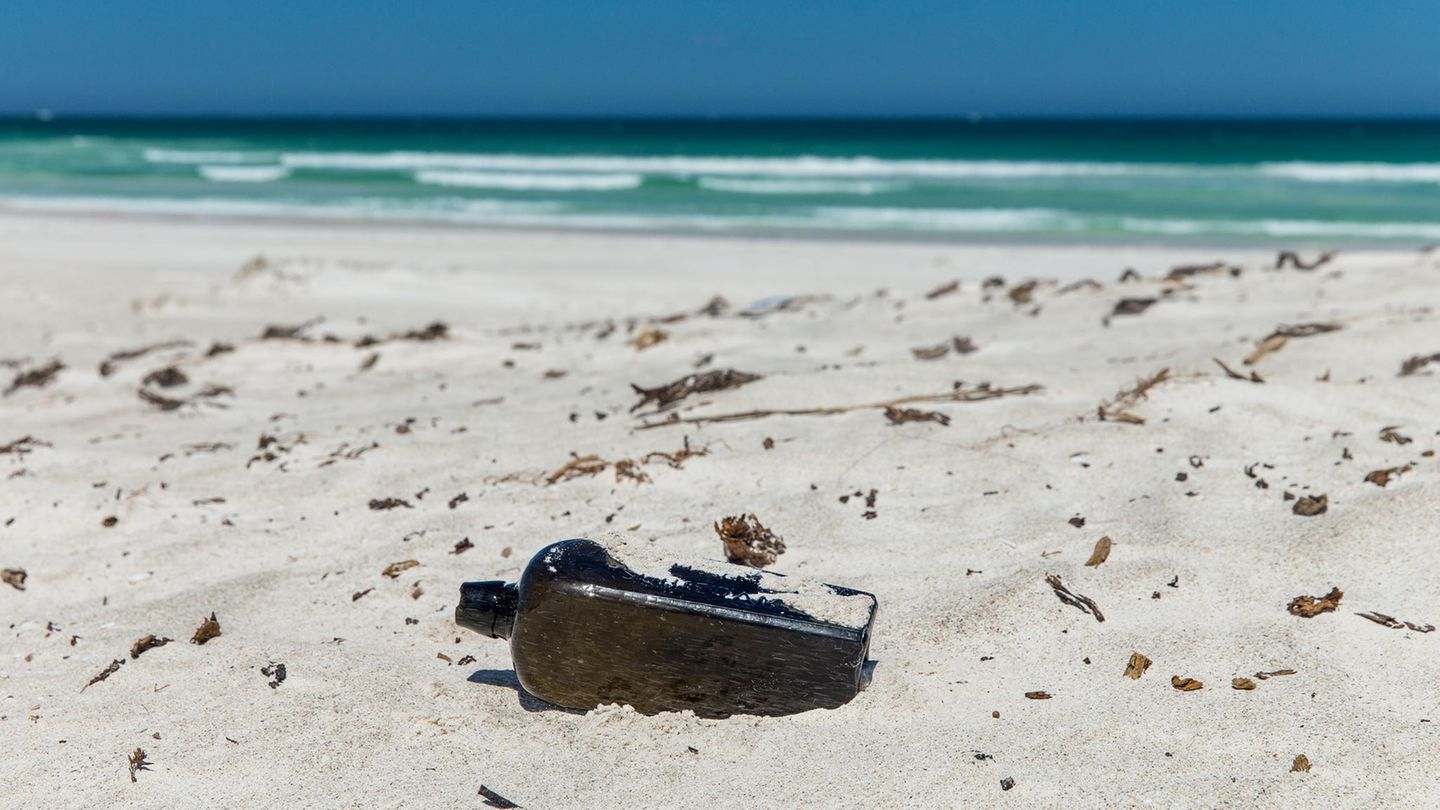 37-year-old Odyssey: Message in a bottle from Japan reaches Hawaii

From Japan to Hawaii
End of an experiment: Message in a bottle has been bobbing through the Pacific for 37 years

Nobody thought that the experiment would take so long: 37 years ago, students at a Japanese high school wanted to use glass bottles to study the ocean currents in the Pacific. 50 of 750 bottles have so far been washed up. Hawaii now reports the next find.

A nine-year-old girl found a glass bottle on a beach in Haiwaii. It contained contact forms in Japanese, English and Portuguese. As it turned out, the message in a bottle was dropped into the water as early as 1984 on the coast of the Japanese prefecture of Choshi. 37 years later, it has now reached the Hawaiian coast, 6000 kilometers away, as reported by the Japanese newspaper “The Mainichi”.

The special thing about the message in a bottle: It was part of an experiment by students at a high school in the eastern Japanese city of Chiba. Their science club dropped the bottles into the sea in 1984 and 1985 to study the Kuroshio Current. A total of 750 bottles were thrown into the sea near Tokyo’s Miyakejima Island.

Bottles washed ashore across the Pacific

Since then, the bottles have been found in 17 locations, including Okinawa, Akita, and Kyoto prefectures. Bottles are also said to have been discovered on the west coast of the USA, in China and in the Philippines. The last find was reported in 2002 on the island of Kikaijima. Five years later, the science club stopped working. Deputy Headmaster Jun Hayashi is also surprised that another bottle has now been discovered. He told the newspaper: “We never thought that 37 years later a bottle would be found.”

The nine-year-old from Hawaii has now sent the contact form packed in the glass bottle back to Japan. The find has deeply moved the now over 50-year-old students. “I was surprised, it brought back nostalgic memories of my high school days. I thank everyone involved,” said a club member at the time. On behalf of the student body, two students wrote thank you letters in English to the girl who found the bottle.

See also  Daniele Ganser at the Steiner School: "It is extremely dangerous to invite such a 'scientist' to the school"