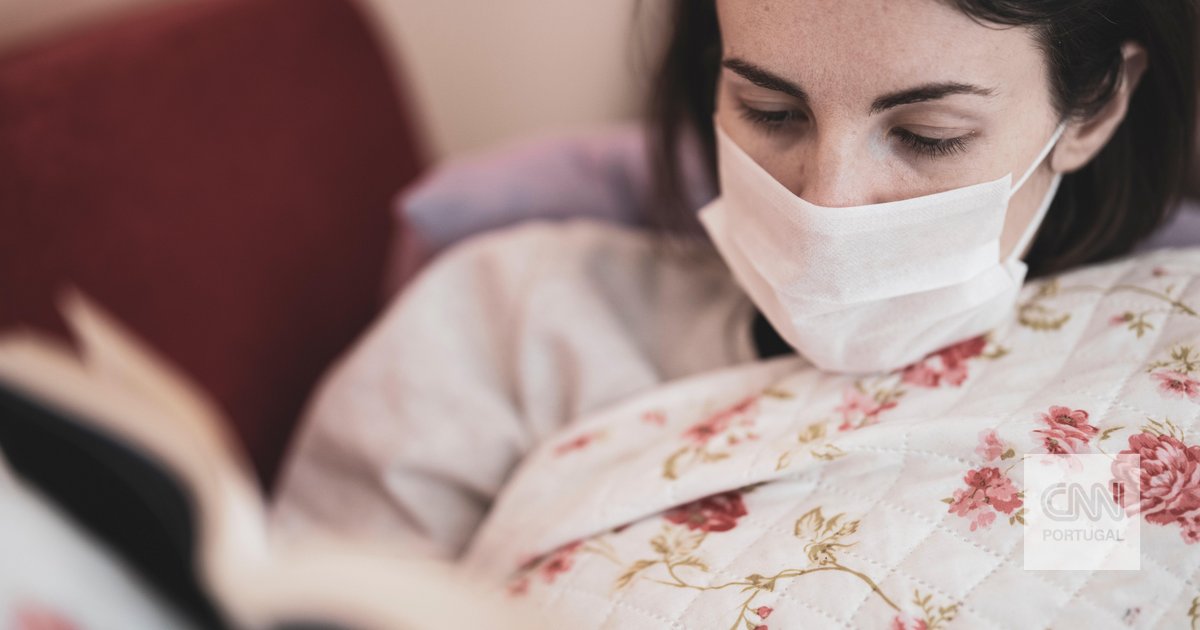 30 sequels and persistent symptoms of covid-19. Check if you have anything from this list

There is still much to be clarified about the post-covid disease, but, from what is known, more than half a hundred symptoms and sequelae have been described in those who have already been infected. We give you the list of the 30 most common

Covid-19 infection can even be asymptomatic, but that doesn’t stop it from leaving marks. And if, according to the most recent information, it is those who have had more severe disease who are more likely to have a prevalence of symptoms and sequelae after being infected with SARS-CoV-2, also people with milder cases of illness have reported difficulties in the weeks or months following infection.

“We still haven’t had enough time to understand how this evolution will go”, tells CNN Portugal Andreia Leite, a professor at the National School of Public Health, working on a study that will assess the persistence of long covid in Portugal. “There has been great difficulty in defining the long covid”, she admits, as well as the sequels that remain in a “post-covid condition”.

“More than 50 symptoms have already been described that may be associated with long-term covid and that can enter this spectrum”, says the researcher. “The most frequent are mainly systemic symptoms, such as tiredness, but there are also others related to the psychological spectrum, anxiety, depression, difficulty concentrating, insomnia, lack of smell and taste are also some of the most frequent. But there is a great diversity of non-specific symptoms that makes everything more difficult, in addition to breathing difficulties”explains Andreia Leite.

“The post-covid condition is a diagnosis of exclusion”, points out the researcher. “If someone has had covid and starts with a certain symptom, it is necessary to understand if this is, in fact, the justification, because there are a number of other causes for these various symptoms, which makes the approach more difficult”, she summarizes.

See also  Fights are the cause of 67% of homicides

The very nomenclature of “long covid” does not raise consensus: a study published in The Lancet Respiratory Medicine, earlier this month, states that, given the spectrum of symptoms that can occur and persist after infection with covid-19, and that can affect different organs and systems of the organism, “it is essential to agree on the nomenclature and definition” to assess their incidence, subtypes and severity. “This process cannot be left to agencies, healthcare providers or investigators, but requires extensive discussion, including, inter alia, those affected.”

According to a review of studies on long covid, which estimates that the long-term sequelae of the disease will have a substantial impact on public health, there are more than 50 distinct symptoms reported post-covid-19 infection, with fatigue and fatigue being the most prevalent. breathing difficulties, followed by disturbances of smell and taste, headache, chest pain, mental fog and memory loss, as well as sleep disturbances.

Stick with a list of 30 of the reported symptoms and, if that’s your case, make an appointment. You may need to avoid consequences of SARS-CoV-2.

Bernardo Gomes, a public health doctor, recalls the definition of the World Health Organization, which considers a “post-covid condition” to be symptoms that appear three months after infection, that last at least two months and cannot be explained by an alternative diagnosis. For the specialist, it is important, in terms of sequelae, to dissociate those that are effectively resulting from covid-19 and others that may arise from circumstances of mental illness or even resulting from changes in lifestyles determined by pandemic measures.

According to the most recent studies, post-covid symptoms are more common in adults than in children and more common in unvaccinated patients than in people who have had the vaccine. “And there is another circumstance: people who may have nothing in the post-acute phase and appear with pictures, after some time, that fit the possibility of long covid”, adds Bernardo Gomes.

Among the most common consequences of covid-19, the doctor points out fatigue, respiratory difficulty and cognitive dysfunction. “However, we have other conditions of nervous system affection. In practice, its consequences translate into unexpected changes in heart rate, arrhythmias, and persistent dysfunctions of the digestive system”. Bernardo Gomes also recalls that there are diseases whose number of cases seems to have increased in the post-covid period, namely diabetes, a phenomenon that is now considered to be linked to an exacerbated autoimmune response to SARS-CoV-2, but which still needs to be duly investigated. .

“We are not playing against a single enemy, we are playing against the virus and its acute issues but also against an exaggerated immune reaction that has even caused deaths. And yet a third enemy, which derives from the second, we realize that there are unregulated reactions to the virus that can have a future echo and are not perceived at first”, emphasizes the Public Health specialist. “Unfortunately, we are having more and more cases of these, the expectation is that many people will be affected, it will still have an important social impact”.

The same is said by researcher Andreia Leite: “It is expected that there will be some impact from a social and economic point of view, in addition to the impact on health services”, she says, adding that there is still no “clear picture” of the frequency of covid-19. long-term and its sequelae, but many resources will certainly be needed for the “diagnostic march” necessary in these cases, which include carrying out complementary exams or referring patients to different specialties.

See also  More than 20,000 letters to be delivered to the home of a former postman found

The professor at the National School of Public Health also recalls that these post-covid sequelae and symptoms are generally more frequent in hospitalized patients or who have had a serious illness and, in some cases, resolve spontaneously, but in others they end up persisting “for a period of time”. long period and with an impact on the day to day, on the quality of life, on the reduction of working hours or forcing them to have their functions revised”.

According to the World Health Organization, between 10% and 20% of people who have had covid-19 suffer from symptoms after recovering from the acute phase of the infection, an “unpredictable and debilitating” condition that also affects mental health. And a study published in eClinicalMedicine reveals that 203 symptoms associated with long-term covid have already been identified and that involve 10 different organs of the human body. The study was carried out with data from 56 countries and involved more than 3,000 people, having concluded that 56 of the 203 identified symptoms persisted for seven months.