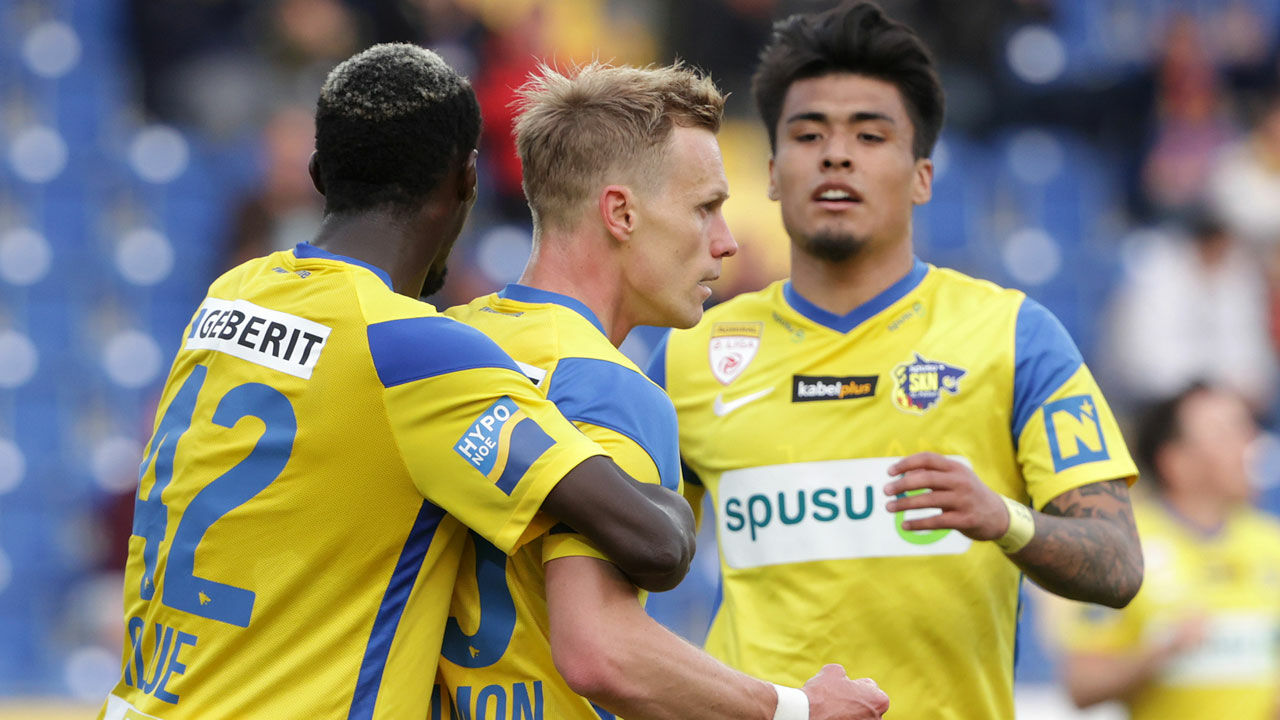 The SKN St. Pölten defied a deficit in the 27th round of the Admiral 2nd league and still managed to win 4:1 at home against the Kapfenberg SV.

It’s 0:1 after a little over ten minutes: Riegler easily hits Amoah’s foot in the penalty area, Eloshvili converts the penalty kick that was due (12′).

But that was almost it on the part of the “Falcon”. The “Wolves” only need six minutes to equalize: Llanez corners goalkeeper Krenn and puts the ball on goal, Silue pushes the ball over the line in front of the defenders (18′).

Five minutes later, the hosts fail with a quadruple chance: first three shots are blocked, then Keiblinger puts a free kick from the edge of the penalty area into the wall (23′).

The overweight of chances still leads to the lead in the first half. Salamon pulls away immediately after a great long pass from Conte (41′).

Miskovic comes to the break and will leave again soon

After a change of sides, the game is soon decided. Llanez is not sufficiently pressed at the edge of the penalty area, passes two opponents and finishes flat (54th).

In the 68th minute, Miskovic, who came on as a substitute at half-time, was sent a yellow card after a foul (68′), so Kapfenberg played the final phase with ten men and conceded another goal. Substitute Kovacevic uses his third opportunity to score the fourth goal when he converts a cross (84th).