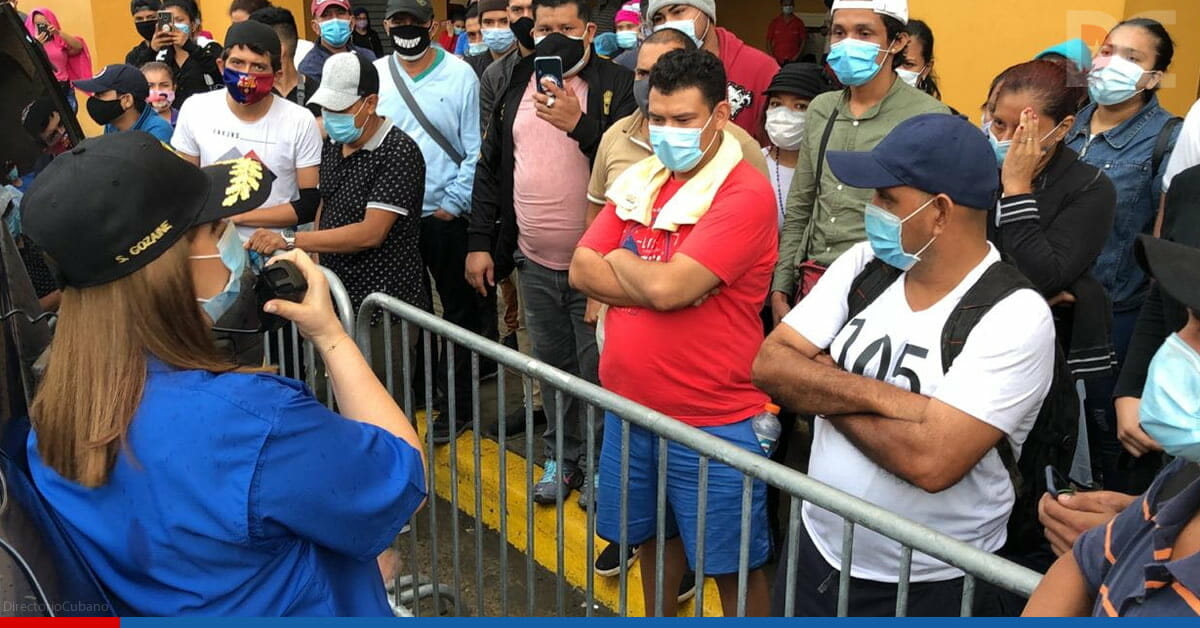 In just 15 hours, Border Patrol agents from the Eagle Pass Station in Texas apprehended hundreds of irregular migrants. Among those intercepted in US territory are 236 Cubans.

Eagle Pass is located near the Mexican area of ​​Piedras Negras, in Coahuila, where dozens of people cross daily.

As reported by that border security body, the enormous number of arrests in such a short time generates a lot of concern.

When offering details of the matter, it was learned that the first group of undocumented immigrants was found on May 7, shortly before 4 in the morning. At that time, 126 people were captured. The majority of the group traveled Cubans, along with Colombians, Peruvians, Venezuelans and Nicaraguans.

In the morning hours, another 131 immigrants were detained. Of them, 87 had left Cuba. The group also included Venezuelans, Colombians, Costa Ricans and Nicaraguans.

Shortly after 6 pm, 132 immigrants were apprehended, including 57 Cubans, 37 Colombians, 21 Peruvians, 11 Venezuelans and 6 Nicaraguans.

In all cases, the individuals were taken to the Eagle Pass Centralized Processing Center. There their cases were processed according to Customs and Border Protection policies.

“Even so, these numbers are only a fraction of the total volume our industry sees each day,” the Border Patrol posted on Facebook.

In recent weeks, the police and military presence has been reinforced on both sides of the border between Mexico and the United States. Even so, the migratory flow continues. Something that worries Cubans who are trying to achieve the American dream are the recent deportations to Mexico, after arriving in US territory.

Despite responding to what is established in Title 42, this does not seem to be happening in all places, but in some places along the border.

The United States government tries to discourage emigration to that country. However, in a context of widespread crisis in Cuba and other countries in the region, the goal does not seem entirely achievable.