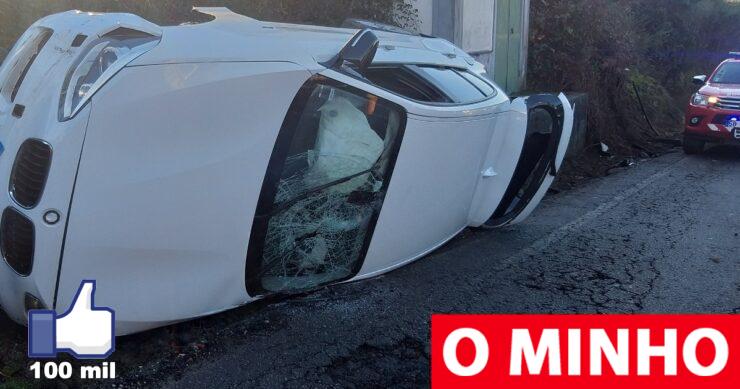 21-year-old man injured in a collision in Vizela. Driver of the other vehicle ran away

A 21-year-old girl was injured as a result of a road collision, in which the driver of the other vehicle involved left the scene of the accident, in the early afternoon of this Thursday, in Vizela.

The accident occurred in Britelo’s place, in Santo Adrião. As reported by the victim, a vehicle coming in the opposite direction went against the traffic and collided with his vehicle, which ended up overturning.

When the Vizela Fire Brigade arrived at the scene, the young woman had already been taken out of the car by her own means with the help of the people, and there was therefore no need for extrication.

The driver was assisted on site and transported to Hospital de Guimarães with minor injuries.

The GNR registered the occurrence.