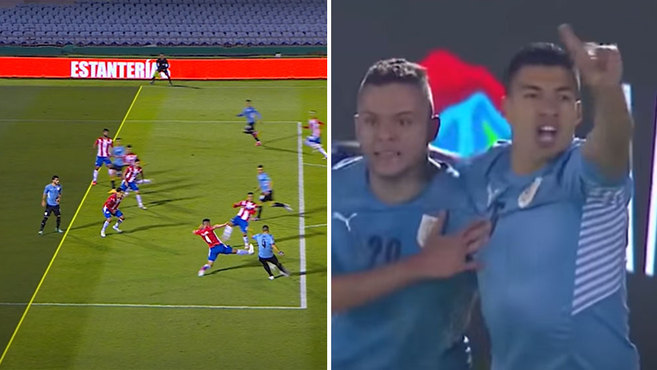 Lhe Conmebol Referees Commission has made the decision to suspend the Colombian referees, Nicols Gallo and Miguel Roldn, for their controversial performance in the match between Uruguay and Paraguay. The tie between the celeste with the selected Guaran had an action that could change the result of the match.

About 23 minutes into the first half, the central defender, Wilmar Roldn, He disallowed a goal to Jonathan Rodriguez from the outside but the replays made it clear that he was in legal position. The decision was not corrected by the VAR judges, Gall and Miguel Roldn, despite the reiterations it was appreciated that the footballer who was in an illicit position when the Atltico de Madrid striker finished did not participate in the action.

“The actions of Mr. Nicols Gallo, VAR referee, and Mr. Miguel Roldn, assistant referee designated for the match, have been technically analyzed by this Commission, concluding that they have incurred serious and manifest errors in the exercise of their functions, “Conmebol said in a statement. In this way, both referees received a sanction from the entity, which prevents them from exercising functions indefinitely in commitments organized by Conmebol.