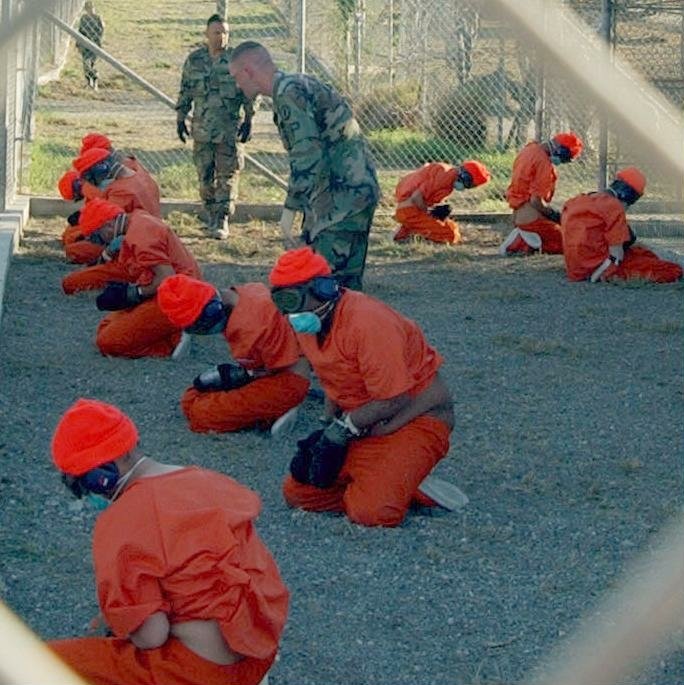 20 years of Guantánamo: camp of lies

The US torture camp in Cuba has existed for 20 years. No US president has closed it despite all promises, the “value-based” West looks the other way

Human rights experts and politicians from several parties in Germany have once again called for the closure of the 20-year-old US prison camp at the Guantánamo Bay naval base in Cuba.

Human rights have been systematically violated there for two decades, according to a statement by Amnesty International. The camp has become a “symbol of the brutal excesses of the US fight against terrorism,” according to an open letter from a dozen members of the Bundestag from various parliamentary groups.

The US government at the time opened the warehouse on January 11, 2002. “Many of the 780 or so people who have since been deliberately detained there beyond judicial control have suffered serious human rights violations, including torture and enforced disappearances, before or during their detention,” notes Amnesty International. To date, torture survivors have been held indefinitely in Guantánamo without adequate medical care, indictment or fair trial.

Members of the Bundestag from the SPD, the Greens and the Left came to a similar conclusion in an open letter to US Vice President Kamala Harris and the Speaker of the House of Representatives, Nancy Pelosi. In the letter, they call on the US President to comply with repeated promises to close the prison camp.

After all, Guantánamo is an institution which, in the words of ex-US President Barack Obama, “should never have been opened”. Addressed to the incumbent US President, the letter, which was initiated by the left MP Sevim Dagdelen, says:

We call on you to uphold the rights of all prisoners and to finally close the prison camp in Cuba, as you promised as Vice President of the United States of America at the 2009 Munich Security Conference.

The letter was signed, among others, by the SPD parliamentarians Bengt Bergt and Anke Hennig as well as by the Green MP Susanne Quantity.

Despite announcements, Guantánamo was never closed

The prison and torture camp at the US naval base Guantánamo Bay in Cuba was created after the terrorist attacks in the USA on September 11, 2001, under the responsibility of President George W. Bush of the Republican Party. The declared and in itself questionable goal was to detain suspected terrorists of Islamist groups without trial, i.e. outside the existing legal system.

Barack Obama wanted to close the camp as Bush’s successor in office, but did not keep this promise. His administration justified this with opposition in the US Congress.

The incumbent President Joseph Biden, also from the Democratic Party, had also emphasized his will to close the controversial prison camp after taking office. 13 years ago, Biden said at the Munich Security Conference:

America will not torture. We will uphold the rights of those we bring to justice. And we’re going to close the prison camp in Guantánamo Bay.

Amnesty opposed the portrayal that the US Democrats were in favor of closing the prison camp while Donald Trump and the Republicans wanted to keep it open in the report “USA: Right the Wrong. Decision Time on Guantánamo” last year. There have been recognizable continuities in the US governments from 2002 to the present day:

Politics and rhetoric have changed, but under three presidents and for five terms, the US has defended its unilateral, distorting “martial law” framework in domestic litigation and communications to UN treaty bodies in order to detain these prisoners while circumventing international human rights principles. Every president has failed to bring the United States closer to accountability for crimes committed against prisoners under international law. They have failed to comply with multiple requests from the UN treaty bodies and other UN experts calling on the US to honor its international obligations.

Guantánamo and CIA Black Sites: The West is looking the other way

The same applies to European states, which have never dealt with the existence of so-called black sites, US secret prisons for suspected terrorists. Again, it was Amnesty International that, after examining the issue, concluded that “the CIA has black sites in 20 locations around the world, including Thailand, Poland, Romania, Lithuania and Kosovo.”

One of the most vehement critics of the camp is Murat Kurnaz from Bremen, who was himself deported to Guantánamo. In an interview with the time he said in 2013 of a film that deals with his fate:

Reality is so brutal that it can hardly be shown. (…) In my book I describe in detail what I endured – and I couldn’t write everything, I have experienced such terrible things. (…) For me, one of the worst experiences in Guantánamo was to watch young inmates being brutally beaten. I keep thinking of one experience in particular: There were many poisonous animals in the prison. When a 14-year-old boy was bitten by a spider, had a bad wound and could not stand up, guards tried to beat him up. They beat him up and then dragged him out of the cell. That was a particularly bad moment.

The late author Roger Willemsen already noted in 2009 to the taz said the fact that the camp persists shows that politics and the public have not done enough. This statement is true 13 years later, as is another assessment by Willemsen:

Just imagine what would happen if Muslim states locked 1,000 Western and American prisoners in a camp without trial to torture them there. That would have the potential to make third world wars out of.