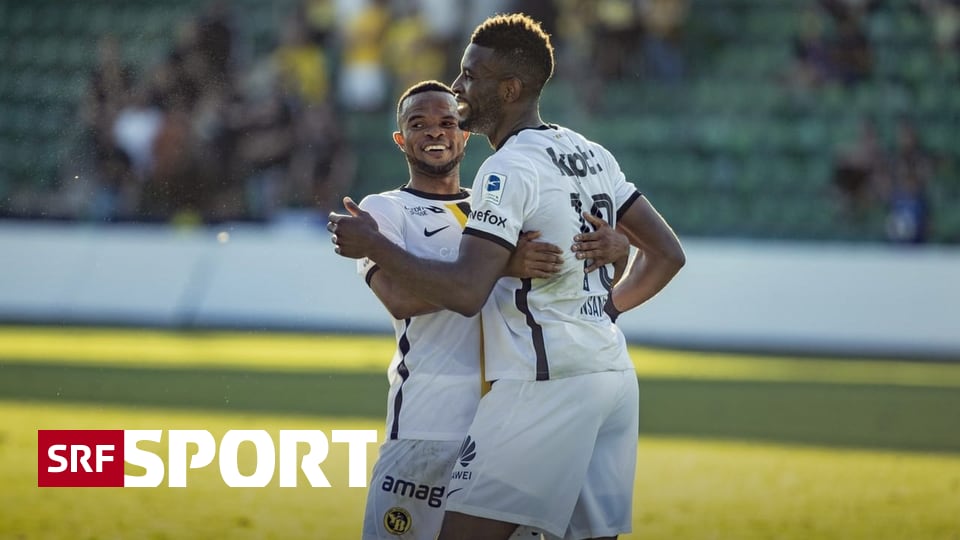 As a spectator, you had to get used to the sight a bit. It was not the guests from Bern who wore yellow in Kuopio’s European Cup exile in Turku, but the Finnish hosts. YB had to switch to the new white away jerseys. Nevertheless, “yellow-black” had events in Finland under control at all times.

Kuopio has lost just one of his last 10 European Cup games. However, the Finnish Cup winner rarely posed a threat against the Bernese. YB withdrew a bit in the second half, giving the opponent more possession of the ball. The Finns, who lead the domestic championship after 16 rounds, didn’t know what to do with it.

YB took control of the game from the start in the Veritas Stadium and diligently combined in front of the opposing goal. Because the well-known precision was still missing in the last few meters, it was ultimately a penalty kick that put the Bernese in the lead. Jean-Pierre Nsame did better than on Sunday against GC and confidently converted to the lead.

The 2:0 went to Meshack Elia. The Congolese striker was one of YB’s assets, but it wasn’t until the 40th minute that he got the shot he needed. After a pass from Nsame, Elia let an opponent get out and scored his first goal of the season, which was both impressive and impressive.

See also  RELIVE THE LIVE LIVE - Lazio, Sarri in conference: “We must avoid the goals conceded. The people of Lazio are a surprise "

YB starts the return journey from Finland with a comfortable cushion. In Wankdorf at home, it should be even more difficult for Kuopio than in Turku. Nevertheless, the victory could have been bigger. Felix Mambimbi, who came on after a good hour, gave Bern’s offensive game new impetus. However, he failed to score, as did Vincent Sierro, who tested keeper Johannes Kreidl with a long-range shot.

The second leg in Bern will take place next Thursday. Kick-off is at 21:00.