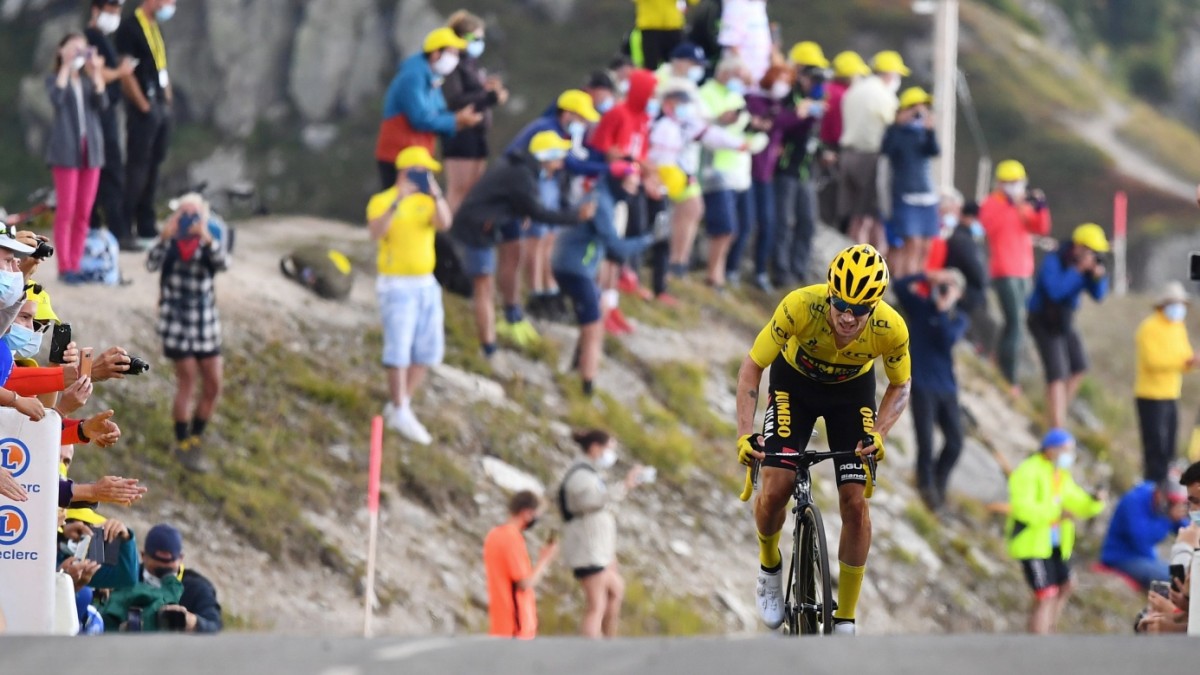 The head of the Tour de France was probably a bit imprecise. “It will be hellish”, Christian Prudhomme had announced before the royal stage started on Wednesday. But unfortunately he hadn’t explained how hellish it would be, and if what Dante writes is true and Hell has nine circles, then the drivers seemed very close to the last and deepest circle of hell for the final kilometers of the day. You could tell from the formation in which they crawled up the last ramps of this Col de la Loze. There were no longer any groups, the crowd of favorites was completely broken up, everyone drove and suffered for themselves, another 20 percent ramp and another, next to them rubble or fans who barely left space for the passage – until they somehow reached the finish dragged.

In the end, the Colombian Miguel Angel Lopez was the first to do it. A few seconds behind the overall leader Primoz Roglic (Slovenia), who extended his lead in the fight for the yellow jersey. Then his young compatriot Tadej Pogacar, who is now Roglic’s first pursuer, 57 seconds behind, and then alone and exhausted one after the other. “I’m really satisfied. I didn’t win, but I got seconds out. Everything is going well,” said Roglic

This Col de la Loze was part of the program for the first time on a tour, deliberately as an executioner, whose infernal character alone shows the statistical data: 2304 meters high, 21.5 kilometers long, an average of 7.8 percent steep, on the last kilometers even an average of ten and with passages of up to 24 percent. The way up is very unrhythmic, hardly any serpentines, a lot is going on right now. It is one of those climbs that raises the question of whether something as spectacular as this is really needed in an industry that has to constantly fight against skepticism.

Someone who until a few days ago was considered a candidate to land at the very front here did not even tackle the mountain at all: Last year’s champion Egan Bernal (Ineos) dropped out before the stage, he had already fallen far behind in the classification. In return, his team-mate Richard Carapaz from Ecuador was the last remaining of a five-man breakaway group, which also included the previous day’s winner Lennard Kämna – but in the middle of the final mountain it was over for him. Because at the back of the group of favorites, the Bahrain-McLaren team unexpectedly set the pace to prepare an attack by their top man Mikel Landa. Unfortunately, when all the preparatory work was done, he could no longer and fell behind. The Jumbo team from yellow carrier Primoz Roglic performed a remarkable scene: Noble helper Sepp Kuss drove up the Höllenberg so quickly that Roglic could not follow for a moment – and the Colombian Lopez used this for the decisive attack for the day’s victory.

But Roglic was strong enough to claim second place for the day and to extend his lead in the overall duel with Pogacar. Now there are only two days left to fear. The mountain time trial on Saturday – and an Alpine stage on Thursday. It doesn’t have the same ascent as the Col de la Loze in its program, but it is still immensely difficult. There are five climbs on the way to La Roche-sur-Foron, including one of the highest category, which ends with a gravel road. The ninth circle may not be, but it will be hell again.