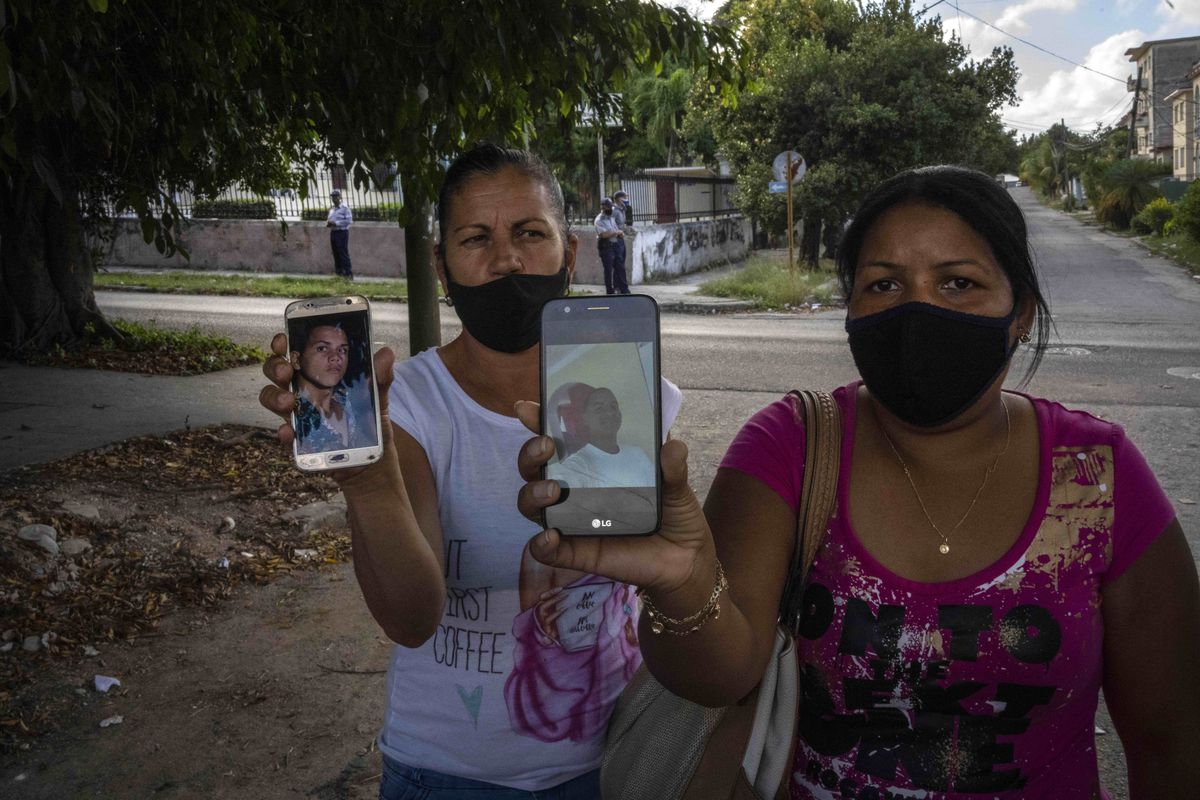 11J: Those arrested for protests in Cuba face requests for up to 30 years in prison | International

Six months after the massive demonstrations of July 11 last year, hundreds of Cubans arrested for participating in protests against the Government are tried in various courts of the country on charges of contempt, public disorder, incitement to crime, attack and in some cases are as serious as sedition, which can carry sentences of up to 30 years in prison.

The information is confusing and difficult to verify, as the authorities have not given official data on how many people were detained during or after the incidents, nor on how many Cubans are still in prison, nor on the trials already carried out and the penalties imposed. Neither has anything been said about the processes that remain to be aired, and not even at this point has it been reported how many demonstrations were peaceful and how many violent on 11-J, when tens of thousands of people took to the streets of more than 60 cities and towns of Cuba to protest the harsh living conditions and demand for freedom, in the largest demonstrations against the Government in 62 years of revolution.

Beyond the specific complaints of the relatives of the prisoners, the only sources that offer global data on what is happening with the detainees are anti-Castro NGOs such as Cubalex or Prisoners Defenders, which estimate at least a thousand people imprisoned as a result of the events of July 11, of which it is estimated that between 600 and 700 are still in prison pending trial, some minors. Of a group of more than 200 cases that Cubalex claims to have documented, for 25 people the Prosecutor’s Office requests sanctions of up to 5 years, 63 face charges of between 6 and 10 years of imprisonment, another 27 face requests of between 11 and 15 years , while 49 could spend between 16 and 20 years behind bars and another 46 between 20 and 30 years for sedition, if the requests of the public prosecutor’s office are ratified.

The Government neither confirms these data nor denies them. The national press does not report the proceedings in the official media and the foreign press has not had access to oral hearings, so that the information only flows through the family members. A group of them reported that a trial began on Tuesday against 21 residents of Holguín who participated in the demonstrations in that eastern city, which at times led to violent events. The prosecution requests in this case range from 15 to 30 years in prison, for charges of sedition.

On Monday another trial began in the central city of Santa Clara against 16 young people, while from the province of Artemisa, another group of relatives reported that 13 protesters – who were tried in mid-November – received the sentence last week: convictions ranging from 4 years of limited supervised release, up to 12 years in jail.

Dissident sources reported that in the town of Bejucal, 30 kilometers from Havana, the trial for contempt, public disorder, outrage against the symbols of the homeland and sabotage against seven young people from the town, including the student, will be held shortly. musician Abel González Lescay, for whom the Prosecutor’s Office asks for seven years in prison. The victim studies at the Higher Institute of Art and has been supported by his university after his case jumped to the press. The young man said that on J 11 he went out to the streets and demonstrated peacefully, but the next day he was arrested at his home for appearing in a video. He assured that while acquaintances of his were fined and released, he was subject to a sanction of home confinement while the trial is being held. “The only difference between them and me is that they have a video of me calling a policeman fag,” he clarified.

Other cases were recently dismissed, such as the one involving the artists who on July 11 met at the doors of the Cuban Institute of Radio and Television to demand 15 minutes before the television cameras, after which they were arrested and subjected to home confinement measures. —In this group was the playwright Yunior García, the main organizer of the frustrated march for change on November 15, who later went into exile in Spain.

The Cuban government inscribes the events of 11-J in its old dispute with the United States, assuring that the demonstrations were instigated and manipulated by Washington and that in many towns and cities of the country they led to vandalism, looting and violent actions. However, numerous voices on the island, including personalities related to the Government such as the troubadour Silvio Rodríguez, have demanded proportionality from the authorities and the release of the protesters who did not participate in violent acts, especially criticizing the use of the criminal figure. of “sedition” to prosecute detainees.

“The penalties requested are disproportionate and evidently exemplary,” says the historian and coordinator of the La Joven Cuba portal, Alina Bárbara López Hernández, who believes that “tax requests are very high and not subject to law: for example, to Abel Lescay, A student at the University of Art Sciences, he is asked for seven years in prison for demonstrating in his town, shouting offenses at the President of the Republic and refusing to be arrested inside his home. In another case, for publicly breaking a portrait of Fidel Castro they are seeking 10 years in prison. There are higher penalties: 12, 15, 20 and 25 years ”.

Relatives of Cubans detained as a result of the J11 incidents asked more than 30 Embassies in Havana to accompany the processes “as observers,” while the United States government sanctioned eight senior Cuban officials “involved in the detention,” last week. the sentences and the imprisonment of peaceful protesters on July 11 ”. Previously, Washington had sanctioned nine other officials, mostly army and police commanders, related to the repression of the protests. Official media described the sanctions as “a new attempt by the US government to interfere in the internal affairs of Cuba, try to mediate the administration of justice in the country and try to protect the elements that, largely financed by Washington, seek to subvert the political and social order of Cuba ”.

Lack of transparency is a key issue right now. “The information we receive is that which exists on social networks and alternative media, as a result of complaints from family members, friends or independent lawyers; therefore, they are fluctuating and inaccurate data. Lack of official information on the number of detainees, the dates of the processes, the prosecution requests and the resulting convictions, ”said López.

Along the same lines, the academic and former Cuban diplomat Carlos Alzugaray recently pointed out that “at this point there is still no number of detainees or information on how many demonstrations took place, how many were peaceful, how many generated disturbances, or how many citizens participated. And, of course, there are voices that demand the release of everyone who protested peacefully, including those of the singer-songwriter Silvio Rodríguez, highly respected in government circles ”.