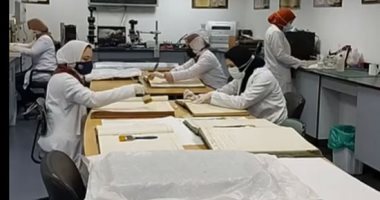 10 Obligations of the researcher while conducting medical research.. Get to know them

Law No. 214 of 2020 issuing a law regulating clinical medical research aims to lay the foundations, standards and controls necessary for conducting clinical medical research, and to protect respondents, whether this research is preventive, diagnostic, curative or non-curative, invasive or non-intrusive. Adheres to the provisions of relevant laws, charters and regulations, provided that they are consistent with generally accepted international standards and ethical principles..

According to the executive regulations, the principal investigator, while conducting the medical research, must abide by the following: :

Conducting medical research in the research entity, and attending and supervising it on a regular basis, as well as in accordance with the custom in this field.

Comply with relevant laws and regulations, and apply the principles of good medical practice, as well as agreed local and global standards in this regard.


The Medical Research Department according to the research plan (the protocol obtained with the approval of the competent authorities, as the case may be) .


Not to make any amendments to what is stated in the research plan (protocol), except after obtaining the approval of the competent authorities, as the case may be.

Informing the respondent of any modifications that will be made to the research plan that may affect his safety, as well as informing him of any unexpected risks that may occur to him during the medical research or to other participating respondents

Submit a detailed report on the status of the study to the research sponsor at least once a year or whenever requested to do so.

See also  Genomic medicine: there is no precision without participation

Taking the necessary measures aimed at protecting the respondent’s life, physical and psychological health and dignity, as well as limiting the side effects of medical research, including making amendments to the research plan in the event of serious side effects that threaten the respondent’s safety. In this case, the principal investigator must inform the medical research sponsor and the committee The highest, each in his own right, for the occurrence of these effects and the measures he took to protect the respondent, within twenty-four hours at most.

Provide the necessary medical care to the participating respondents after the completion of the medical research, according to each case, whenever it becomes clear to him that side effects or dangerous side effects associated with them have occurred, and that he informs the participating respondents of their need for this care, all with the aim of limiting the damages of these effects on them.